Month in a Minute: Top Headlines from Indian Renewable Sector in November 2020 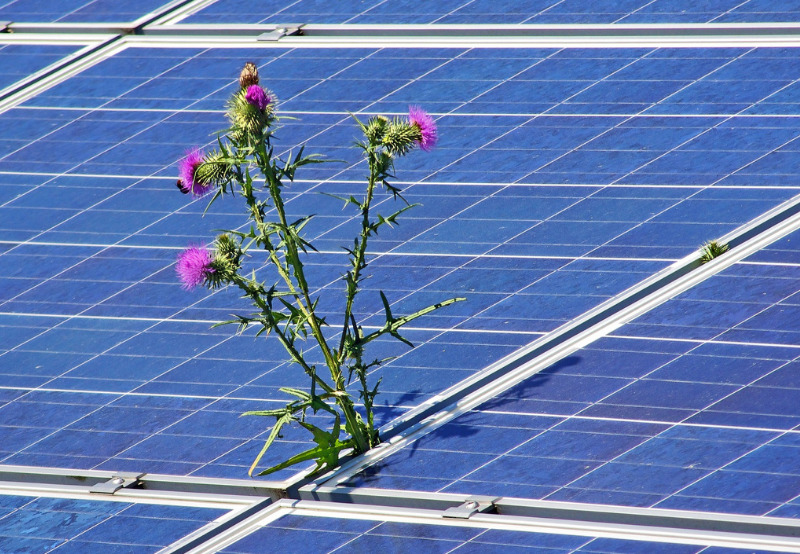 Here is a recap of some of the most important headlines from November 2020:

The South Delhi Municipal Corporation and NTPC Limited signed a memorandum of understanding to install solar systems on over 200 SDMC buildings to save on power bills and generate revenue.

Adani Solar announced plans to expand its cell and module manufacturing facility with an additional capacity building of 2 GW. The new capacity will come online in 2021. The proposed capacity expansion of its facility is in expectation of the domestic demand of 10-12 GW in 2021.

Coal India Limited announced that it would invest ₹56.50 billion ($763 million) by March 2024 to develop 14 solar power projects to help power its mining operations, according to a report by Reuters.

Mercom spoke to stakeholders and industry experts to get their opinion on the government’s ₹1.45 trillion (~$19.61 billion) production linked incentive (PLI) manufacturing program to take India closer to its ‘Aatmanirbhar Bharat’ dream.

Bengaluru-based biopharmaceutical company Biocon Limited will acquire a 26% equity stake in Hinduja Renewables Two Private Limited. Biocon would shell out ₹59 million (~$799,085) to purchase the stake, and the process would conclude by December 15, 2020.

Mercom interviewed Rohit Bajaj, Head and Senior Vice President-Business Development, Indian Energy Exchange Limited (IEX), to understand how the halt of REC trading has affected the market and how buyers have been managing without the green certificates over the last four months.

The NITI Aayog issued a draft request for a proposal to prospective bidders who can manufacture advanced chemistry cells in the country. Stakeholders were asked to provide their feedback by December 14, 2020.

The International Energy Agency’s latest report said that India would be the largest contributor to the renewable upswing in 2021, and the country’s annual additions are expected to double in 2021 compared to 2020. Many auctioned projects are expected to become operational in 2021, which will lead to growth next year.

Mercom’s India Solar Market Leaderboard for 1H of 2020 showed that Sungrow, FIMER India (formerly ABB), and Sineng Electric were top solar inverter suppliers overall to the Indian solar market in the first half (1H) of the calendar year 2020. The report also showed that LONGi Solar, Jinko Solar, and Adani emerged as the top three solar modules suppliers in India in the 1H 2020.

Pune-based wind turbine manufacturer Suzlon Energy Limited reported a net profit of ₹6.75 billion (~$91.6 million), a turnaround from last year’s net loss of ₹7.78 billion (~$104.4 million). The company attributed this to be a result of its debt restructuring process.

Mercom also spoke to stakeholders in the industry to get their opinion on the proposed reduction in late payment surcharges (LPS) for payment delays to power generators. An executive from an independent power producer (IPP) company explained that the move to reduce late payment surcharges for distribution companies was more of a long-term solution.

Electric scooter manufacturer Ather Energy raised $35 million in its latest Series D funding round, led by Sachin Bansal’s $23 million investment. Hero MotoCorp has invested $12 million as a part of the funding round.

The Central Electricity Authority (CEA), in its annual report for 2019-20, issued updates on the Green Energy Corridor program for the transmission and integration of renewable energy.

IEX announced that its real-time electricity market (RTM) witnessed a total trade volume of 814 million units of power in October 2020, up 16% from the previous month.

India generated nearly 13 billion units (BU) of electricity from solar-based sources between July and September 2020 (Q3 2020), according to data from the CEA. This represented a 17% decline from the previous quarter, which saw 15.7 BU of power generated. However, the generation was up 22% from the same period last year.

DISCOMs owed over ₹106.7 billion (~$1.43 billion) to renewable energy generators (excluding disputed amounts) in overdue payments across 460 pending invoices, according to data from the Ministry of Power.

The CEA said that in case of open access consumers connected to a distribution system, smart meters can be used as interface meters provided they comply with the recommended regulations.

JA Solar’s Steven Chen, general manager for MEA and South Asia, discussed the widening demand-supply gap for solar modules and more in a conversation with Mercom.