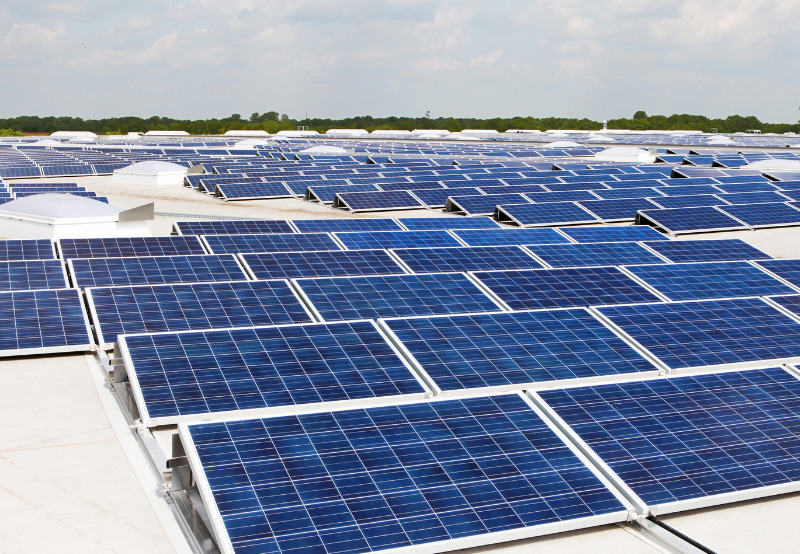 LONGi Solar, Jinko Solar, and Adani emerged as the top three solar modules suppliers in India in the first half (1H) of the calendar year (CY) 2020. According to Mercom’s recently released India Solar Market Leaderboard 1H 2020, together, these three suppliers accounted for about 31% of the total market share. The top 10 module suppliers cumulatively represented over 74% of the total market share in 1H 2020.

LONGi Solar was India’s top solar module supplier in the first half of 2020. LONGi is also in the midst of acquiring solar cell and module manufacturer Ningbo Jiangbei Yize which has module and cell manufacturing capacity of 7 GW and 3 GW, respectively.

Jinko Solar followed with the second highest shipments to India in the first half of 2020. Its operating subsidiary was recently in the news for raising RMB 3.1 billion (~$458 million) through equity financing.  Its principal operating subsidiary Jiangxi Jinko is on the verge of listing on the Shanghai Stock Exchange’s Sci-Tech Innovation Board after some intragroup restructuring.

According to the report, Adani was at the third largest supplier of modules to the Indian solar market.

The report stated that Trina Solar was the leading solar module supplier in terms of cumulative shipments to India. 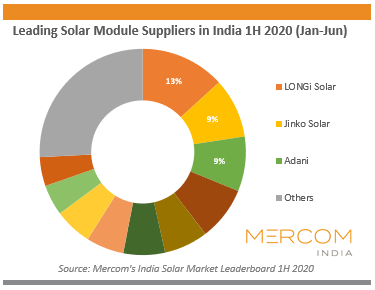 Last year, Waaree Energies, Adani Solar, and Risen Energy were the top three solar modules suppliers in terms of shipments to the Indian solar market in the calendar year 2019.

Solar module suppliers are waiting for clarity on the government’s proposal to impose a Basic Customs Duty (BCD) on solar cells and modules imported to India. This year, in the union budget, the central government proposed a BCD of 20% on imported solar cells and modules to encourage the domestic manufacturing market. Since then, there has been no clarity on the implementation of this proposal.

In July 2020, the Department of Revenue under the Ministry of Finance announced the imposition of safeguard duty on importing solar cells and modules from China PR, Thailand, and Vietnam. The ministry announced a 14.90% duty from July 30, 2020, to January 29, 2021, and a 14.50% safeguard duty from January 30, 2021, to July 29, 2021. Both SGD and BCD are anticipated to restrict imports and provide domestic manufacturers an advantage to compete against imported modules.

A complete list of developers and their portfolio is available through Mercom’s India Solar Market Share Tracker.