With the Commissioning of New Solar Projects, Azure’s Revenue Rises by 23% in Q2 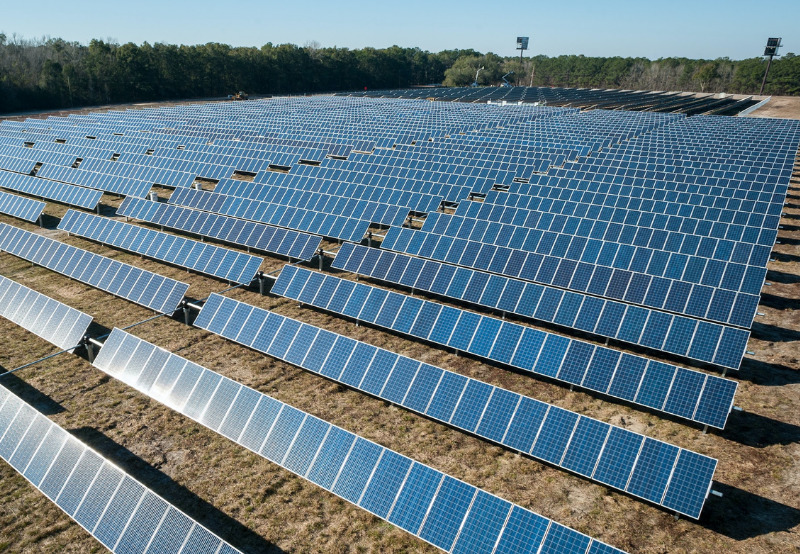 Azure Power, a leading solar power developer, has announced its consolidated results for the second quarter (Q2) of the financial year (FY) 2021.

As per the company’s financial statement, the operating revenue for the quarter ended September 30, 2020, was ₹3.5 billion (~$47.6 million), an increase of 23% compared to ₹2.8 billion (~$37.7 million) in Q2 2020. The company attributed the growth to the revenue generated from projects which were commissioned during the quarter, and additional revenue of ₹162 million (~$2.2 million) for the recovery of safeguard duty and Goods and Services Tax (GST) under the ‘change in law’ provision in four of its projects.

The net loss for Q2 2021 was reported at ₹368 million (~$5 million), which was mainly due to the increase in stock appreciation rights (SARs) expense by ₹492 million (~$6.7 million) on the heels of 87% increase in the share price during the quarter.

The company registered a cash flow to equity (CFe) for operating assets of ₹1.06 billion (~$14.5 million) for the quarter ended September 30, 2020, an increase of 50% during the same period last year. 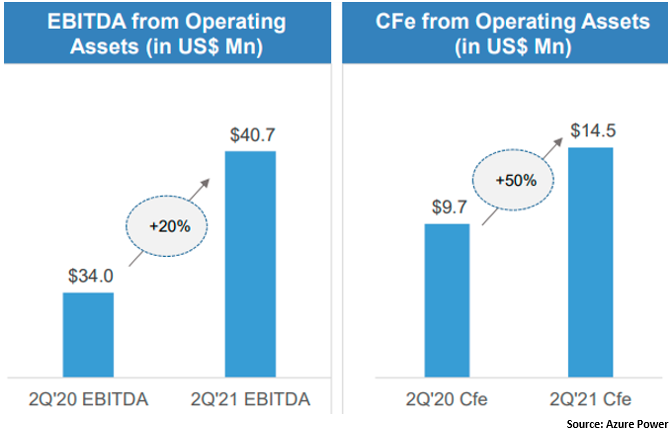 According to the financial statement, the electricity generation for Q2 was 769.2 million kWh, an increase of 26%, compared to Q2 2019. The figure for the first half (1H) of 2021 stood at 1.6 billion kWh, again a 26% increase compared to the same period last year. The rise in electricity generation was mainly due to the additional 116 MW commissioned during the period. The plant load factor (PLF) for the quarter and 1H for the FY 2021 was 18.8% and 20.8%, respectively, compared to 16.8% and 19%, respectively, for the same period last year.

The company commissioned 25 MW of projects during the quarter.

The company has one of the country’s largest solar portfolios, with 1.8 GW in operation and 1.2 GW under construction.

The company has said that the construction activities are gradually increasing to normal levels but have still not reached the pre-COVID-19 or planned level. The projects are expected to be commissioned within the revised deadlines provided by respective counterparties and within the original budgeted cost. The Company has applied to the regulatory authorities seeking an extension of commissioning deadlines for some projects. The extension of scheduled commissioning dates for projects under construction has had some impact on the fiscal year ended March 31, 2021, revenue guidance, according to the company.

In July this year, Azure Power announced that it had received a letter of award for 2 GW of interstate transmission system solar projects under the greenshoe option in the Solar Energy Corporation of India’s manufacturing-linked solar tender for 7 GW of solar capacity with a 2 GW solar manufacturing component.