Month in a Minute: Top Headlines from Indian Renewable Sector in July 2021 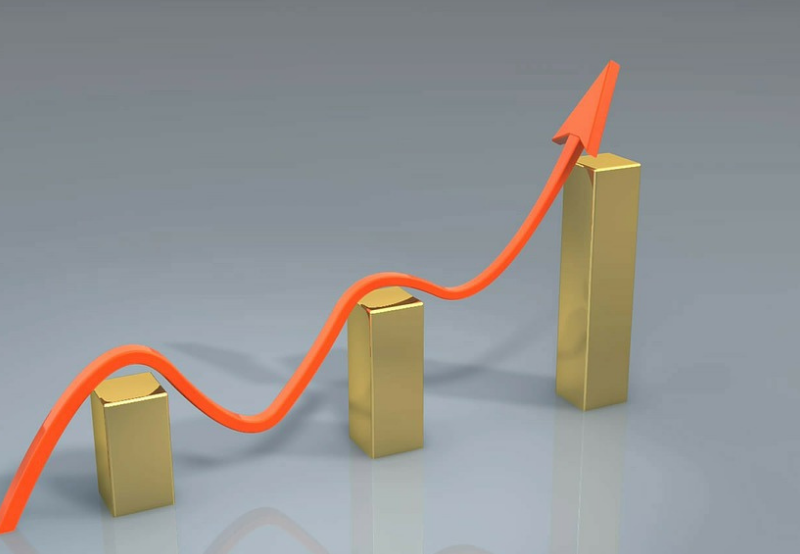 Here is a recap of some of the most important headlines from July 2021:

Peak power demand in India reached an all-time high of over 200 GW. It surpassed the previous all-time high of 197.06 GW. Thermal power satisfied 67% of the load when demand was at its peak. In comparison, renewable energy sources accounted for 16% of the supply.

Distribution companies owed ₹124.2 billion (~$1.66 billion) to renewable energy generators (excluding disputed amounts) in overdue payments across 193 pending invoices at the end of May 2021, according to data released by the Ministry of Power (MoP). The figures were marginally higher than ₹113.34 billion (~$1.52 billion) (excluding disputed amounts) spread over 200 pending invoices at the end of April 2021. Tamil Nadu had the highest backlog with an overdue amount of ₹139.52 billion (~$1.87 billion).

Mitsubishi UFJ Financial Group (MUFG) has announced the completion of a five-year syndicated financing deal of $163 million for Azure Power’s 300 MW solar project. The project is being developed in Rajasthan. MUFG also acted as a lead manager, hedging bank, facility agent, and bank issuing line of credit. With this latest transaction, MUFG secured certification for a total renewable capacity of 2.6 GW over the past six months. The deal is also MUFG’s third renewable project financing, where it acted as a green structuring advisor.

Mahindra & Mahindra has announced that it has signed a power purchase agreement (PPA) with ReNew Sunlight Energy, a subsidiary of ReNew Green Energy Solutions, to procure solar power from its open access project as a captive consumer. Per the agreement, Mahindra & Mahindra has acquired 31.2% equity shares for ₹160.7 million (~$2.15 million) through the subscription of 16.07 million shares valued at ₹10 (~$0.13).

Tata Power aims to phase out its coal-based capacity and enhance its clean and green capacity to around 80% by 2030 from its current green portfolio of 31%. Through the move, the company aims to achieve carbon neutrality by 2050. In its annual report for FY 2020-21, the company stated that it would add 2 GW of solar and hybrid capacities annually to enhance its renewable energy capacity by over 25 GW by 2030.

The GMR Hyderabad International Airport (GHIAL) has commissioned its second phase 5 MW solar project and raised its solar power capacity to 10 MW. In 2015, the airport had commissioned a 5 MW solar project for its captive consumption. With the commissioning of this additional capacity, GHIAL will reduce its power dependency from the Telangana State Electricity Board by 12 MU per year and save around ₹9 million (~$120,697) each month.

The Goa government has issued the draft ‘Goa Electric Mobility Promotion Policy, 2021’. The policy would apply to all electric vehicles (EVs), including electric two-wheelers (E2W), electric three-wheelers (E3W), passenger cars, light, and heavy commercial vehicles, registered and operating in Goa. Goa aims to install a charging station every 25 km on highways and every 3 km within city limits.

New and Renewable Energy Development Corporation of Andhra Pradesh has signed an agreement with Convergence Energy Services Limited, a wholly-owned subsidiary of Energy Efficiency Services Limited, to procure 25,000 E2W for the state.

Global corporate funding in the solar sector, including venture capital funding, debt, and public market financing, stood at $13.5 billion in the first half (1H) of 2021, a 193% YoY increase compared to $4.6 billion in 1H 2020, according to Mercom Capital Group’s 1H and Q2 2021 Solar Funding and M&A Report.

Ola Electric Mobility and Bank of Baroda have signed a long-term debt financing agreements related to the EV industry. The ten-year debt of $100 million will be used for the financial closure of Phase-1 of Ola Futurefactory – Ola’s global manufacturing hub for its electric two-wheelers.

The Indian power sector’s first infrastructure investment trust (InvIT), IndiGrid, announced the completion of the acquisition of a 100% stake in two solar assets with a cumulative capacity of 100 MW (AC) from Madrid-based developer Fotowatio Renewable Ventures (FRV) at an enterprise value of ₹6.6 billion (~$88.4 million). IndiGrid’s acquisition of its first solar asset is also the first renewable energy acquisition by any InvIT in the country.

Reliance Industries Limited (RIL) has formed Reliance New Energy Solar Limited (RNESL), investing ₹100,000 (~$1342) for 10,000 equity shares of ₹10 (~$0.13) each. In its BSE filing, the company said RNESL is incorporated to undertake activities related to solar energy, and it is yet to commence its business operation.

Indi Energy, an Indian energy storage start-up, has raised an undisclosed amount in seed funding from Mumbai Angels Network, a start-up investment platform for early-stage venture investment. Indi Energy said it would use the funding amount to enhance its research and development activities and scale up its proprietary sodium-ion battery technology.

The Central Electricity Regulatory Commission, in a recent order, has granted a transmission license to Bikaner-II Bhiwadi Transco, a special purpose vehicle of Power Grid Corporation of India, to establish a transmission system strengthening program for evacuation of power from solar energy zones in Rajasthan (8.1 GW) under Phase II-Part F, on build, own, operate, and maintain basis.

Rooftop solar solution provider MYSUN has joined hands with Tata Cleantech Capital to raise ₹150 million (~$2 million) in debt funding. Tata Cleantech Capital is a joint venture between Tata Capital Limited and International Finance Corporation. The term loan will be put to use to fund the existing projects of MYSUN+, while the credit line will be pumped into building the projects in the pipeline.

The Union Minister Krishan Pal Gurjar, responding to a question in the Lok Sabha, stated that the government has supported the deployment of 85,626 EVs through demand incentives totaling ₹2.54 billion (~$34.04 million) under the second phase of Faster Adoption and Manufacturing of Hybrid and EVs in India (FAME) program as of July 15, 2021.

Distributed solar company, Fourth Partner Energy, announced that it has acquired distributed solar portfolio with an 8.9 MWdc capacity from Statkraft India. Of this capacity, 5 MW is an open access solar project, and the rest is rooftop solar.

In a written reply in Lok Sabha on July 22, 2021, Union Power Minister R.K. Singh said that as a follow-up of the government’s notification of the National Offshore Wind Energy Policy in 2015, which provides the basic framework for developing the offshore wind sector in the country, authorities would work towards developing offshore wind power in the country.

Hyderabad-based energy technology company GODI India has raised funds from Blue Ashva Capital through its Blue Ashva Sampada Fund. The company will use the funds to set up supercapacitor and lithium-ion cell manufacturing facilities in India.

Virescent Infrastructure, a renewable energy platform of global investment company KKR, has filed a draft placement memorandum with the Securities and Exchange Board of India and the National Stock Exchange of India to list its InvIT on the Stock Exchange. The company expects to raise gross proceeds of ₹4.25 billion (~$57.12 million) through this listing for its solar assets in India.

The Geological Survey of India, part of the Ministry of Mines, has taken up seven projects to explore lithium – a crucial element in manufacturing batteries for phones, electronic devices, and EVs – across different states in India. Preliminary surveys on the surface and limited subsurface exploration by the Atomic Minerals Directorate for Exploration and Research have shown the presence of 1,600 tons of lithium resources (inferred category) in the pegmatites of Marlagalla – Allapatna area, Mandya district, Karnataka.

Independent power producer ACME Solar has raised around $334 million for 12 of its solar projects through the issuance of offshore green bonds. The bonds, which will be listed on Singapore Exchange Securities Trading Ltd., have received green certification from Climate Bonds Initiative.