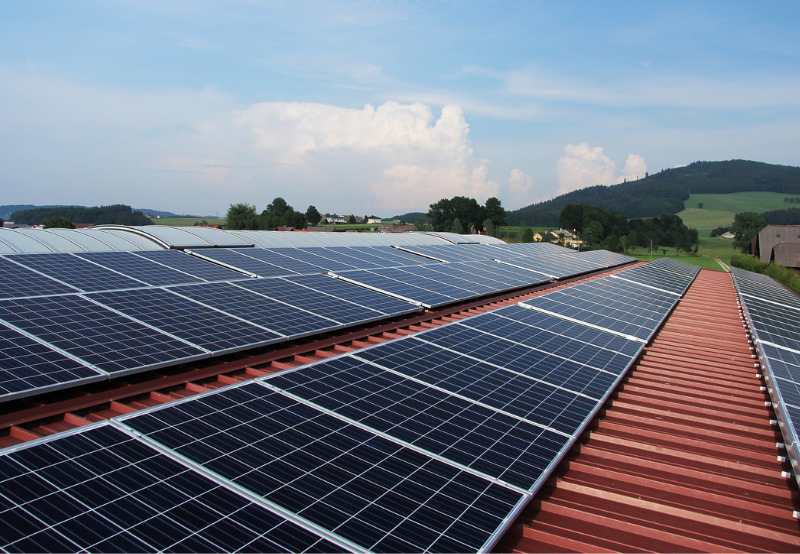 Global corporate funding in the solar sector, including venture capital (VC) funding, debt and public market financing, stood at $13.5 billion in the first half (1H) of 2021, a 193% year-over-year (YoY) increase compared to $4.6 billion in 1H 2020, according to Mercom Capital Group’s 1H and Q2 2021 Solar Funding and M&A Report. 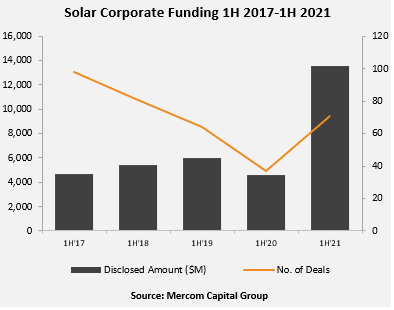 “Funding was up across the board in the first half of 2021 compared to last year, which was severely affected by the pandemic. Corporate merger and acquisition (M&A) activities were up significantly, with solar developers expanding their pipelines, oil and gas companies diversifying into renewables, and funds buying up renewable assets. Solar project acquisition reached a record high in Q2,” said Raj Prabhu, Chief Executive Officer of Mercom Capital Group.

The transition from fossil fuels to renewables and environmental, social, and governance investing trends made an impact on financing as well as M&A activity,” Prabhu added.

In the first half of 2021, global VC funding – including venture capital, private equity, and corporate venture capital – in the solar sector increased around 680% to $1.6 billion in 26 deals compared to $210 million in 14 deals in the same period the year before. In 1H 2021, a total of 85 investors participated in solar funding. 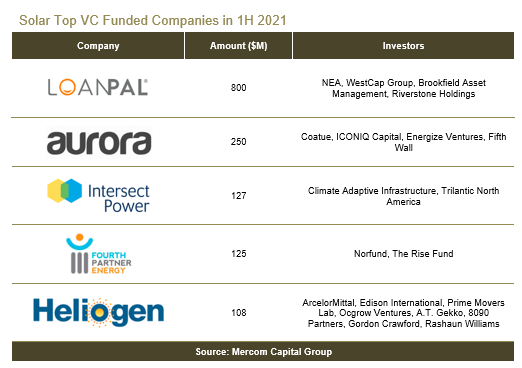 The report also showed that during 1H 2021, there were 54 M&A deals, up from 25 in 1H 2020. The biggest of these was the total acquisition of SB Energy India by Adani Green Energy. 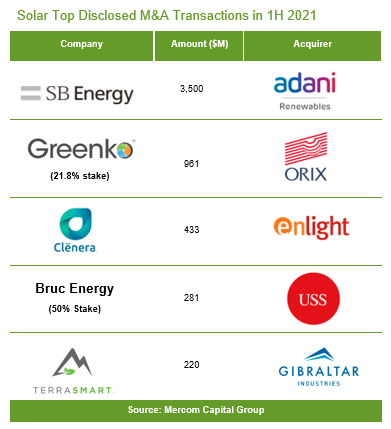 During the second quarter (Q2) of the calendar year (CY) 2021, 34 corporate M&A transactions were completed compared to 20 in the first quarter and 13 in the same period last year. 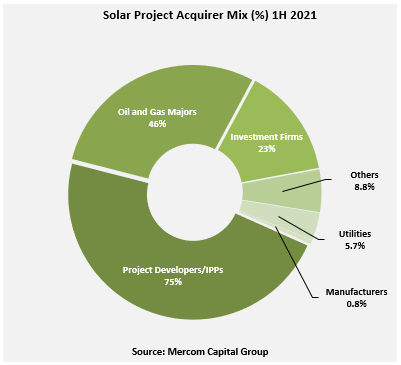 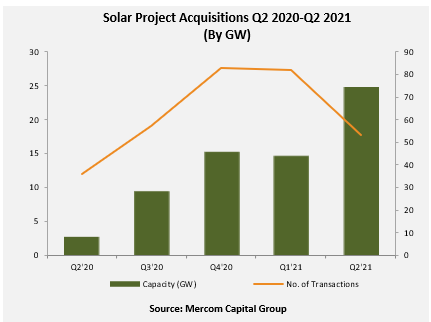 In April 2021, Mercom Capital Group’s report showed that total corporate funding for the solar sector, including venture capital (VC) funding, public market, and debt financing, totaled $8.1 billion in 36 deals in Q1 2021, an increase of 21% compared to the $6.7 billion raised in 43 deals in Q4 2020.