Month in a Minute: Top Headlines from Indian Renewable Sector in April 2021 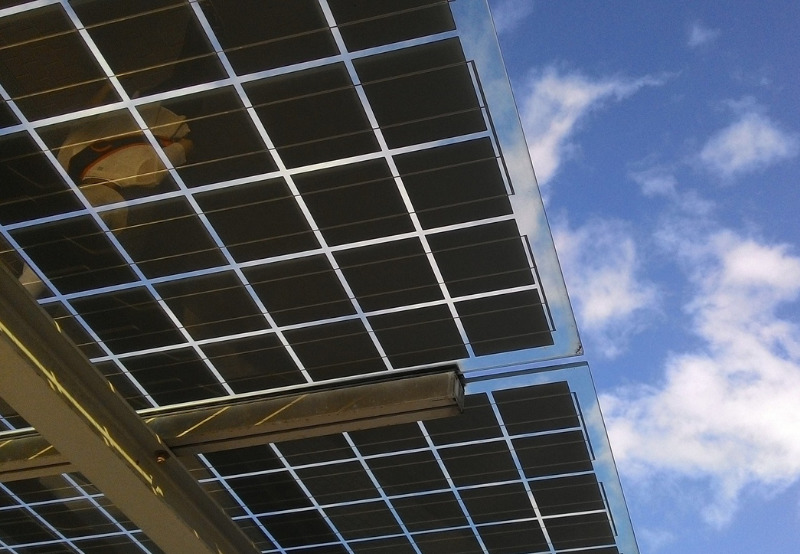 Here is a recap of some of the most important headlines from April 2021:

Distribution companies (DISCOMs) owed ₹123.45 billion (~$1.68 billion) to renewable energy generators (excluding disputed amounts) in overdue payments across 206 pending invoices at the end of February 2021, according to data released by the Ministry of Power (MoP).

Digital communications solutions provider Bharti Airtel announced that it will begin sourcing power from a 14 MW captive solar project to meet the energy requirements of its core and edge data centers in Uttar Pradesh. The facility in Tilhar is the first of the two solar projects being set up by Airtel in partnership with AMP Energy. The second project at Begampur is expected to go live in the next quarter.

ReNew Power has announced the successful pricing of $585 million of 4.5% U.S. dollar-denominated senior secured ‘green bonds’ due 2028 on March 31, 2021, to be issued by its subsidiaries. The company plans to utilize the proceeds to, among others, repay outstanding debt. The bonds have a maturity period of 7.25 years and a fixed interest rate of 4.5% per annum. In-principle approval has been obtained to list and trade the bonds on the India International Exchange (IFSC) Limited (India INX).

The International Trade Administration, under the United States Department of Commerce, has recommended the imposition of countervailing duty against wind energy equipment manufacturers from India and Malaysia. The Department of Commerce has preliminarily determined that countervailable subsidies are being provided to producers and exporters of utility-scale wind towers from India.

In a bid to transition Mumbai towards green energy, Adani Electricity Mumbai Limited, the city’s largest electricity distributor, is launching a program to give consumers the flexibility to set their targets for renewable energy. Consumers subscribing to Adani Electricity will have the option to buy clean power under the current Maharashtra Electricity Regulatory Commission’s program of providing 100% renewables, by paying an additional ₹0.66 (~$0.009)/kWh.

Driven by an increasing electricity demand across Indian states, the electricity market at the Indian Energy Exchange witnessed an all-time high volume of 8,249 MU in March this year.

NLC India Limited, a public sector undertaking engaged in coal mining and power generation, has increased its green power generation by 39%. The company added 17.5 MW of solar power generation with a battery energy storage system in the financial year (FY) 2020-21 and 500 MW of lignite-based thermal power production capacity. The power generating capacity of NLC India and its subsidiaries now stands at 6,061.06 MW.

The Indian Government’s endeavor to encourage domestic manufacturing of solar modules and cells led to the imposition of basic customs duty (BCD) on solar modules with HSN Code 85414012 BCD (40% BCD) and solar cells with HSN Code 85414011 (25% BCD), from April 1, 2022. Mercom spoke with stakeholders to understand the implications of such low bids winning tenders, especially with the imposition of BCD.

The Solar Energy Corporation of India paid nearly ₹4.08 billion (~$56.2 million) to solar and wind developers to purchase power in February 2021, as per the data released by the nodal agency. These disbursements accounted for 90.5% of the total amount disbursed during the month. In February, the Corporation paid around ₹4.51 billion (~$62.1 billion) in solar and wind power purchases, subsidies, reimbursements to developers, duties, and tax reimbursements, among other charges.

India’s installed renewable energy (including large hydro projects) capacity stood at 141.4 GW, accounting for a share of 36.94% in the overall power mix at the end of Q1 2021, according to data from the Central Energy Authority and Mercom’s India Solar Project Tracker.

The global corporate funding for the solar sector, including venture capital funding, public market, and debt financing, totaled $8.1 billion in 36 deals in Q1 2021, an increase of 21% compared to the $6.7 billion raised in 43 deals in Q4 2020. These numbers were revealed in the Mercom Capital Group’s Q1 2021 Solar Funding and M&A Report, which covered nearly 340 companies and investors.

The venture capital funding for battery storage, smart grid, and energy efficiency companies in Q1 2021 saw a growth of 410% and stood at $1.3 billion, compared to $252 million in Q1 2020, according to Mercom Capital Group’s latest report Q1 2021 Funding and M&A Report for Storage, Grid, and Efficiency.

In an important development, the Supreme Court of India has directed the appropriate authorities to install diverters in the habitats of the Great Indian Bustard and convert the overhead cables to underground powerlines wherever feasible. The conversion to underground powerlines should be completed within one year from the date of the order, and until such time the diverters should be hung from the existing powerlines.

The International Energy Agency, in its Global Energy Review 2021, has said that India’s solar photovoltaic market is expected to recover rapidly in 2021, after experiencing a significant decline in new capacity additions in 2020, thanks to Covid-19 related delays. The report also states that India’s economic recovery in 2021 is set to push CO2 emissions to almost 200 MT. The emissions would be higher than 2020, leaving emissions 1.4% (or 30 MT) above 2019 levels.

The Society of Manufacturers of Electric Vehicles has said 236,802 electric vehicles (EV) were sold in India in FY 2020-21, registering a drop of 20% over the sales for FY 2019-20. The EV units sold included electric two-wheelers, electric three-wheelers, and electric four-wheelers. In its report, the organization said that in the previous financial year, 295,683 EV units were sold.

Two leading Chinese manufacturers have said that the spiraling prices of raw materials like glass, polysilicon, and silver since the second half of 2020 have led to a sharp increase in the prices of solar modules. Supply constraints could continue until the second half of 2021, and the current prices of modules were the best that can be projected for the next six months, or even longer, the two companies said in separate statements.

CDC Group, a U.K. government-owned financial development institution, has announced a ₹2.5 billion (~$33.44 million) investment into distributed solar energy company Fourth Partner Energy. The capital from CDC will be in the form of non-convertible debentures.

Mercom India Research has released a new report, India Solar Market Leaderboard 2021, which reveals the solar industry market leaders in 2020. The report features the industry’s leaders and their market share and shipment rankings across the Indian solar supply chain

The MoP has decided to set up an integrated day-ahead market at the power exchanges with separate price formation for power generated from renewable energy and conventional power. According to the MoP notification, the introduction of the green term ahead market at the power exchanges was a significant milestone, which helps accomplish green targets while supporting efficient and transparent integration of green energy.