Month in a Minute: Top Headlines from Indian Renewable Sector in December 2020 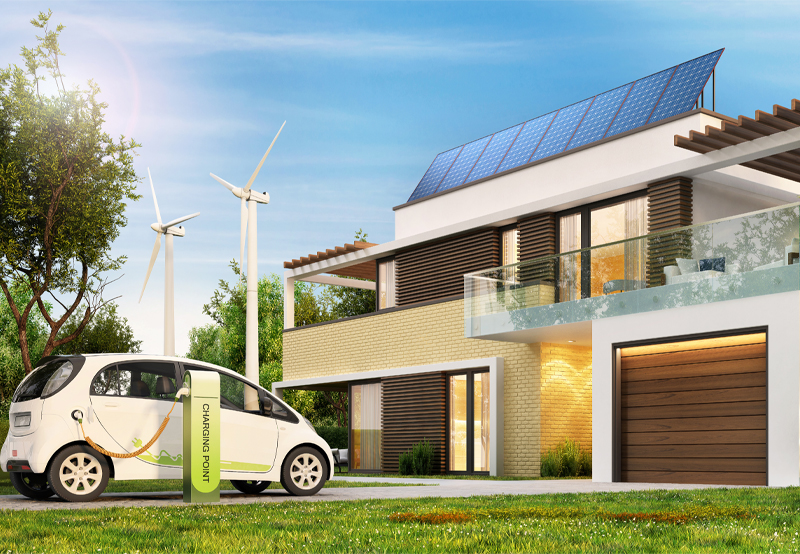 Here is a recap of some of the most important headlines from December 2020:

The Ministry of Environment, Forest and Climate Change has constituted a high-level inter-ministerial Apex Committee to implement the Paris Agreement. The objective is to generate a coordinated response on climate change issues while ensuring that India is on track to meet its obligations under the Paris Agreement, including its Nationally Determined Contributions.

The government will now allow two-wheelers running on electricity or alternate fuels (such as bio-ethanol) to be operated as taxis. According to the latest motor vehicle aggregators guidelines, state governments would facilitate the implementation of this move. The Ministry of Road Transport and Highways has also exempted electric vehicles running on ethanol or methanol from permit requirements.

Power exchanges have not yet resumed trading renewable energy certificates as they await the final order from the Appellate Tribunal for Electricity, allowing resumption. Trading has now been halted for over four months. The tribunal had issued an order postponing the trade scheduled for July 29 by four weeks in a hearing of an appeal by the Green Energy Association against the Central Electricity Regulatory Commission.

Solar monitoring and analytics platform Prescinto announced that it raised an undisclosed amount in seed funding from Venture Catalysts, an integrated incubator for startups. A press statement said angel investor Rohit Chanana was among those who participated in the seed funding round.

Mercom spoke to stakeholders in the industry to get their opinion on the Ministry for New and Renewable Energy’s amendments on the minimum period of controlling shareholding (51%) to be maintained by the developers.

The Tripura Electricity Regulatory Commission has approved a 2 MW solar project at the newly constructed terminal at Agartala’s Maharaj Bir Bikram  Airport. The terminal, the first solar-powered airport in India’s North East, will become operational in a few months.

Orient Cement, a subsidiary of Indian conglomerate CK Birla Group, announced that it would acquire a 26% stake in AMP Solar Systems Private Limited for ₹40.5 million (~$549,244) to set up a 13.5 MW solar project for captive power generation.

One of the world’s leading mobility platforms, Ola, signed a Memorandum of Understanding with the Tamil Nadu government to create a manufacturing hub for electric vehicles and set up its first factory in the state with an investment of ₹24 billion (~$326 million).

Saft, a wholly-owned subsidiary of TOTAL, recently announced the launch of the Saft Urja brand batteries to be manufactured and sold by its Indian subsidiary.

After experiencing its most significant decline in decades, global electricity demand is expected to rebound modestly next year, led by China, India, and other emerging economies, according to a new report by the International Energy Agency (IEA).

The Ministry of Road Transport and Highways has sought comments from the public on adopting E20 as an automotive fuel and for the adoption of its mass emission standards.

A team of Indian scientists has developed a low-cost supercapacitor device with excellent capacitive retention using a novel electrode material they synthesized, paving the way for the next generation of high power-high energy storage devices.

Mercom took a deep dive into the reasons behind the recent auction by Gujarat Urja Vikas Nigam Limited  (Phase XI) for 500 MW of solar projects setting a new record for the lowest tariff an auction in India of ₹1.99 (~$0.0269)/kWh.

Coal India Limited has received approval from its board to venture into the solar power value chain and aluminum value chain. In a BSE filing, the coal giant said that the board had approved the creation of a special purpose vehicle to set up an integrated solar wafer manufacturing facility to boost the solar value chain. It will also set up an integrated aluminum complex and start a renewable energy business vertical.

Mercom interviewed Saurav Kumar, Founder & CEO of Euler Motors, to understand the electric vehicle segment’s challenges in 2020 and the goals and outlook for the next year.