However, the increase was marginal compared to the last quarter 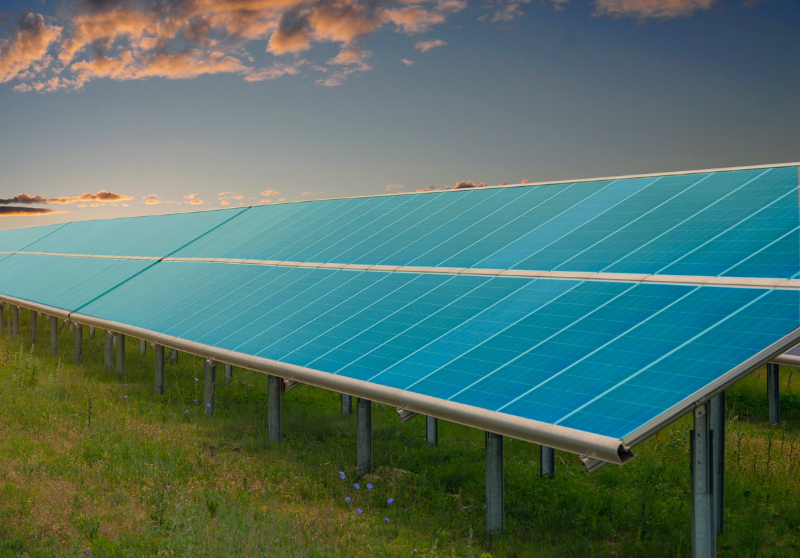 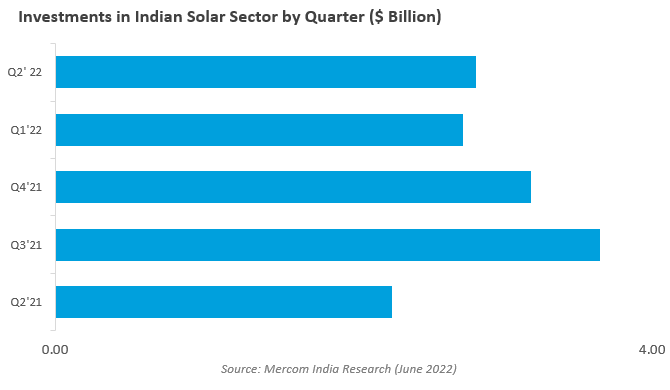 The continuing uncertainty over the Great Indian Bustard (GIB) issue in Rajasthan affected projects and impacted investments in the sector during the quarter. Recently, an expert committee constituted to lay down the techno-economic norms on undergrounding of power lines concluded that undergrounding of transmission lines of 66 kV and above voltage levels for evacuation of bulk power was not technically feasible.

Deals that grabbed the headlines in Q2 2022:

BlackRock and Mubadala will invest ₹40 billion (~$525 million) in equity or compulsorily convertible instruments for a 10.53% stake in Tata Power Renewables. The final shareholding will range from 9.76% to 11.43% on conversion.

The World Bank approved $165 million (~₹12.74 billion) in additional financing to accelerate the adoption of rooftop solar by residential consumers by making it more affordable. The financing includes a $150 million (~₹11.58 billion) loan from the International Bank for Reconstruction and Development (IBRD) and $15 million (~₹1.16 billion) from the IBRD Fund for Innovative Global Public Goods Solutions.

Shell Overseas Investment, a wholly owned subsidiary of Shell, signed an agreement with Actis Solenergi to acquire 100% of Solenergi Power for $1.55 billion (~₹119.65 billion) and the Sprng Energy group of companies. The transaction is subject to regulatory clearance and is expected to close in 2022.

Waaree Energies announced that it won approval from the National Company Law Tribunal to acquire solar cell manufacturer Indosolar. Waaree’s request for the acquisition was cleared under the corporate insolvency resolution process, which the lenders of Indosolar initiated.