The cumulative capacity stood at 393 GW in December 2022 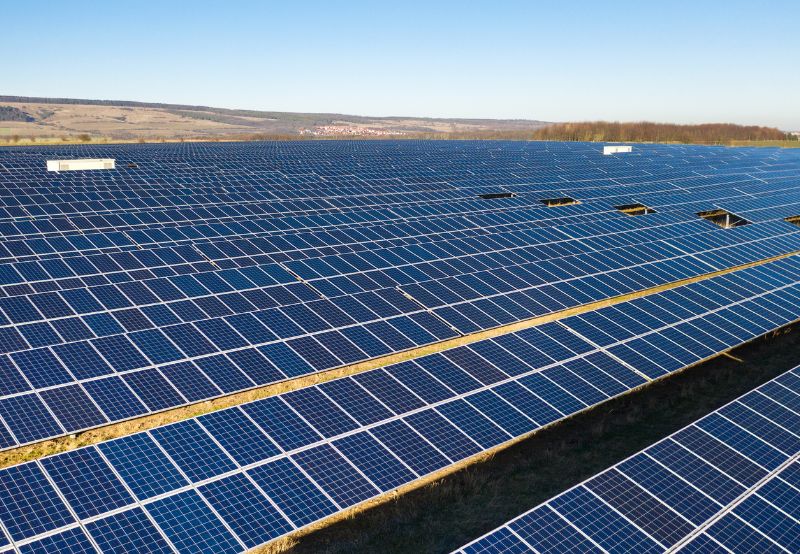 China installed 87.41 GW of solar capacity in 2022, marking an increase of 60.3% compared with the previous year, according to the numbers revealed by the National Energy Administration (NEA).

However, the country failed to achieve its projected target of 108 GW of solar installation for 2022. The reasons for the slippage could be partially attributed to Covid-19 lockdowns and the phasing out of the subsidy regime that made 2022 the first year without incentives for the country’s solar sector.

The country’s cumulative solar installations touched 393 GW at the end of the calendar year (CY) 2022, an increase of nearly 28% year-over-year (YoY). 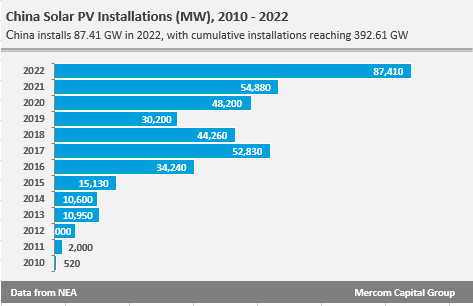 The country’s cumulative wind capacity stood at 370 GW at the end of 2022, marking an increase of nearly 11% YoY.

During 2022, the cumulative average power utilization reached 3,687 hours, a decrease of 125 hours during the same period in 2021.

Solar module shipments by the top ten manufacturers reached 140-150 GW in China in the 9M 2022. According to China’s PV Industry Association, the export of solar modules generated around $35 billion, up by 110% YoY.