Capacity additions will be driven by distributed solar, C&I segment, and GW-Bases 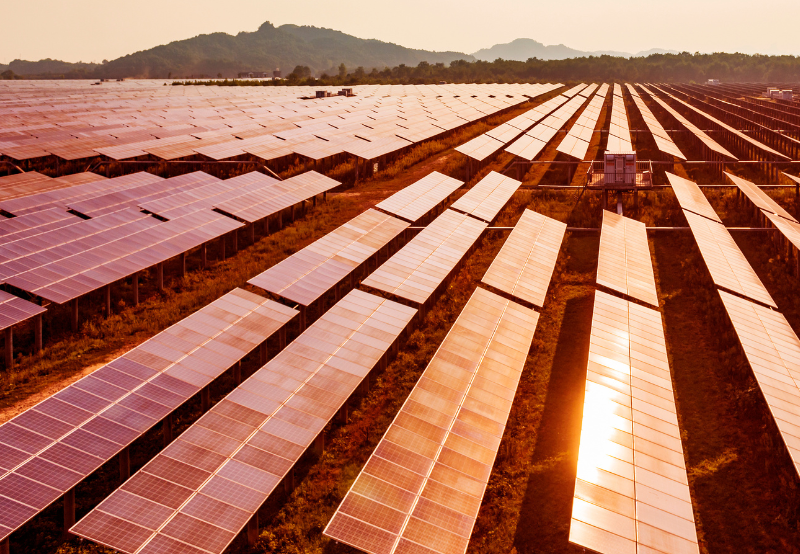 China’s National Energy Administration (NEA) has announced that out of the 121 GW of solar projects under construction, nearly 108 GW of new solar capacity will be connected to the grid by 2022. The number put forward by NEA is nearly double the 54.94 GW solar capacity additions last year.

According to a recently published report by the Asia Europe Clean Energy (solar) Advisory (AECEA), the main contributor to this ambitious target will be distributed solar, notably the commercial and industrial (C&I) segments and the residential, as well as the so-called ‘GW-Bases.’

The report points out that 16.88 GW of solar capacity was deployed between January and April, a growth of almost 130% year-over-year (YoY).

During the same period, 45 GW of modules were exported, accounting for almost half of last year’s export volume. Against this background, the top five module manufacturers are aiming at a combined shipment of 183 GW-205 GW in 2022, increasing 46-64% YoY. It is expected that the top five could potentially meet nearly 80% of this year’s global demand.

However, the results could have been much better had polysilicon prices not increased since January this year.

The planned additional supply of polysilicon fell short of expectations, with the monthly output increase in the range of merely 0.5-6%. Imported polysilicon volumes also dropped by 18% in Q1 2022.

According to AECEA’s assessment, the current supply situation is expected to remain, and polysilicon prices may decline to RMB 220/kg (~$33) and RMB 190/kg (~$28) by September and December, respectively. However, the prices are expected to decline faster from early 2023 if additional production capacities become operational.

The new plan no longer features any hard GW targets as in the past. It reiterates what was already made public roughly 1.5 years ago, i.e., solar and wind power generation capacities will double by 2030 (1,200 GW). The plan forecasts that by 2025, 3.3 trillion TWh of power will be generated from renewable sources, which was 2.21 trillion TWh in 2020. Also, the share of renewables in terms of primary consumption (excluding hydro) will reach 18%, which was 11.4% in 2020.

The plan reiterates the need for China to attain its mid and long-term goals of reaching carbon peaking around 2030 and carbon neutrality by 2060.

Almost half of China’s provinces currently have released policies requiring future solar projects to feature dual-use concepts of agriculture and solar. If a solar power project is solely constructed to generate power, it will no longer receive official approval.

To realize NEA’s prediction of 108 GW in 2022, an average monthly installation volume of nearly 11 GW will be required in the remaining months.

There is every chance that distributed generation projects can benefit from subsidies offered in at least 40 jurisdictions spread over eight coastal provinces. The recent abolition of fixed electricity tariffs has unleashed unprecedented demand for C&I systems. The inclusion of GW-Bases in a $518 billion stimulus package highlights the nature of renewable energy in China’s ambition to reach carbon peaking around 2030.