The country added 52.6 GW of new solar capacity by September this year 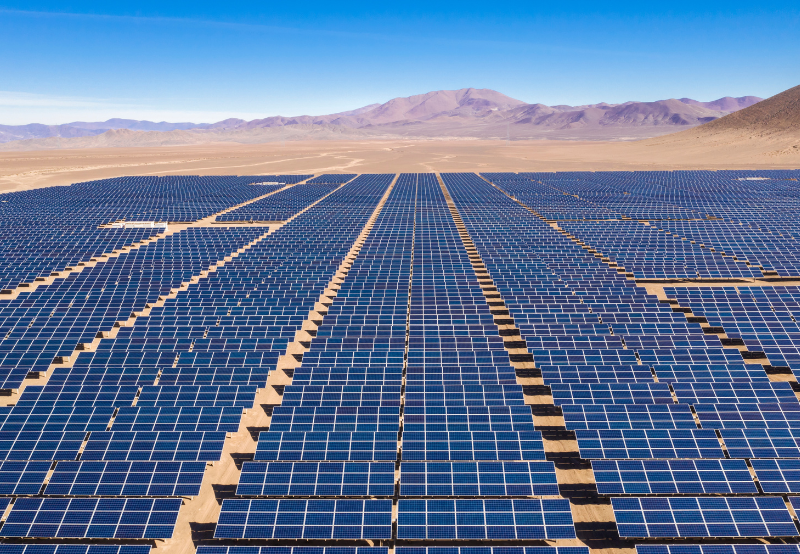 Solar module shipments by the top ten manufacturers reached 140-150 GW in China in the first nine months of 2022. According to China’s PV Industry Association, the export of solar modules generated around $35 billion, up by 110% year-over-year (YoY).

Since January this year, 20 companies have announced plans to expand module manufacturing capacity totaling around 380 GW over the next 18 months, according to the report. During the same period, nearly two dozen companies have revealed their respective tunnel oxide passivated contact (TOPCon) cell expansion plans, accounting for a total of 224 GW.

According to the National Energy Administration (NEA), nearly 52.6 GW of solar capacity was installed in the first nine months of this year, marking an increase of 132% YoY. The cumulative solar installations crossed the 350 GW mark in September, overtaking wind installations by a margin of 5-6 GW. AECEA believes that solar could become the second largest source of power generation by mid-2023 surpassing hydropower which currently accounts for 403 GW.

The report states that the central government entities have so far approved two batches of ‘GW Bases,’ including hybrid projects, mainly consisting of solar and wind. The first batch of 97 GW was approved in late 2021 and will achieve grid connection by December 2023. The second batch of 455 GW got the green light in spring 2022, aiming for grid connection by 2030.

In August, NEA initiated a new pilot program to promote distributed solar in the country. By the end of 2023, at least 50%, 40%, 30%, and 20% of the existing government, public, commercial, and rural buildings in 676 counties across the country are expected to have a rooftop solar system. The report notes that the demand from this project alone could be in the range of 80-100 GW by the end of 2023. AECAE estimates a total capacity of 40-50 GW of distributed solar by the end of this year.

However, due to changes in the international political environment and compared to the previous five-year plans, ‘solar-related indigenous innovation and technological advancements appear to have gained importance.

The aim is to develop and cultivate an entire silicon energy-based energy ecosystem. By 2025, the provincial silicon energy industry is expected to generate RMB 200 billion (~$27.56 billion) in annual turnover.

This is a common theme among countries like India and the U.S., which are also promoting domestic solar supply chains. India, with its Production-linked Incentive program, and the U.S., with its Inflation Reduction Act, have taken resolute steps to build a stronger domestic manufacturing sector.

Half a dozen provinces have issued ’provincial solar PV industry development plans’ promoting local production. China’s first ’Zero-Carbon Silicon-Based Industrial Park’ is being developed in the autonomous region of Xinjiang. The park, once established, will be home to 400,000 tons of industrial silicon, 100,000 tons of polysilicon, and 20 GW each of wafer, cell, and module manufacturing capacities.

There has been a gradual increase in the number of new solar manufacturers across the country. Most of the manufacturers are into TOPCon and HJT. According to AECEA, TOPCon-related expansion plans exceed 220 GW, whereas HJT is nearing the 150 GW mark. Perovskite-based cell technologies are also being included in many national and provincial industrial policies.

The report points out that traditionally, Jiangsu, Zhejiang, and Greater Shanghai Area were considered the heartland of China’s solar PV manufacturing. However, western provinces, notably Sichuan and Yunnan (home to substantial hydropower), Gansu, Inner Mongolia, and Qinghai have attracted billions of upstream investments in the past 12-18 months.

China experienced a severe heat wave between June and August that affected almost the entire country. The heat wave exacerbated a drought, whereas North China received unusually heavy rainfall. Consequently, national and local governments required industrial production to be reduced or suspended for a certain time. Power restrictions were imposed in Anhui, Jiangsu, Sichuan, and Zhejiang; all are major solar manufacturing hubs. In Sichuan Province, these restrictions impacted an estimated 200,000 tons of polysilicon, 70 GW of wafer, and over 40 GW of cell production capacities.

The report states that the approved multiple GW large project pipelines, a strong focus on distributed power, industry-specific carbon reduction plans, an upgrading of former major coal bases, and a massive build-out of its national grid infrastructure will drive demand for solar to new heights.

In the larger context, the solar industry fits into what China’s economic planners initiated in May 2020, the so-called ‘Dual Circulation Economy,’ which meant that China would become increasingly self-reliant across multiple sectors of its economy.

China’s president Xi Jinping has emphasized the importance of technological innovation but indicated that the state, not the private sector, would guide such key initiatives.

The impact of such a re-orientation has yet to be ascertained. However, a few state-owned enterprises, either on their own or in partnership with privately-owned companies, have already extended their reach into the upstream solar realm.

In early June, the NEA announced that it expected nearly 108 GW of solar power generation capacities to be added in 2022.

By the end of September, an estimated 52.6 GW were added, therefore nearly 48% short of NEA’s envisaged target. AECEA maintained its earlier assessment of 80-90 GW in 2022, representing an increase of 45-63% YoY.

The solar industry in China continued to thrive, with 55 GW of solar installations in 2021 and module exports surpassing 100 GW, despite the pandemic and various supply chain issues.