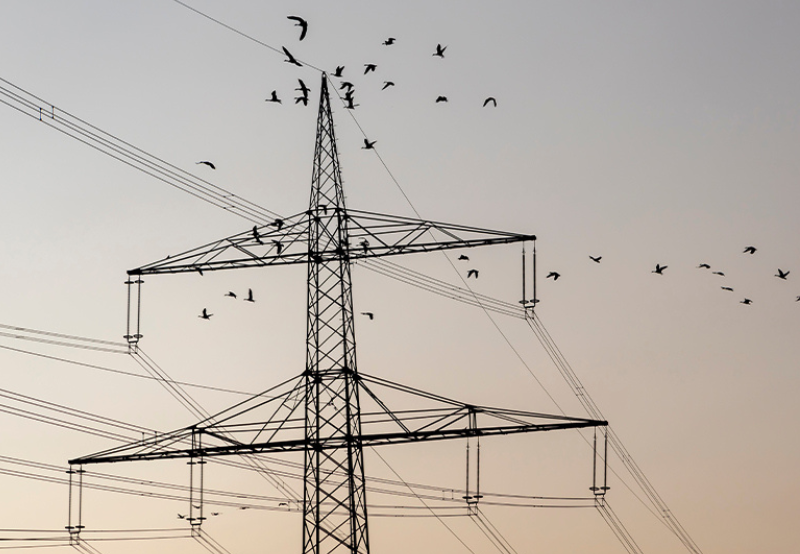 The fate of renewable energy projects in the Great Indian Bustard habitat in Rajasthan and Gujarat hangs in the balance as a section of developers is concerned about the costs of dismantling the existing power transmission lines.

A committee appointed by the Supreme Court of India recently issued technical specifications for bird diverters to be installed by developers in the GIB habitat.

In a hearing earlier this year, the Supreme Court ruled that all overhead power lines in the priority GIB areas must be moved underground by July 20, 2022.

In the latest hearing, the court said developers worried about the costs of dismantling the installed power lines could approach the Central Electricity Authority (CEA) committee.

The Court ruling reads, “In all such cases where it is found feasible to convert the overhead cables into underground powerlines, the same shall be undertaken and completed within one year and till such time the diverters shall be hung from the existing powerlines.”

Developers have been asked to either underground the lines or install the LED-based warning discs (2-D or 3-D) with associated clamps and connectors to help the bustards avoid colliding with transmission lines.

The petitioner, in this case, the Wildlife Institute of India, had pointed out that over 100,000 birds die every year due to collisions with transmission lines, resulting in the endangered species of the Great Indian Bustard’s disappearance from 90% of the habitat.

Assistant General Manager for Ayana, Lakshmi Narayanan, said, “We have refrained from deploying any projects in the region until now, but we have plans to commission clean projects here. The impact of undergrounding the power lines has been overlooked. The cost would be a burden on the developers. So, installing or hanging bird diverters in the Great Indian Bustard habitat seems favorable.”

He said, “Developers await more updates like the number of diverters to be installed between the towers in a project. Based on that, orders can be placed with vendors to supply the necessary equipment like the LED, warning discs, clamps, and connectors.”

Another developer said, “The specifications announced by the Apex Court seem to be more of an interim measure. We await a more detailed ruling that would extend relief to the projects in the region. Currently, there is not much to say on the development as undergrounding costs are a major concern.”

The COO of ACME Group, Sandeep Kashyap, said, “We have installed LED-based diverters in our 300 MW Maharashtra State Electricity Distribution Company (MSEDCL) project at Badi Sid village and the 200 MW project in Bhadla Solar Park in Rajasthan. We are also looking at installing LED diverters and shortlisting vendors. We have more projects in the pipeline that would be commissioned by aligning with the specifications for installing the diverters.”

The CEO of the National Solar Energy Federation of India (NSEFI), Subrahmanyam Pulipaka, said, “There are issues related to getting appropriate clearances, installation, and maintenance of such bird diverters. There is limited availability of competent vendors in the market, with a lack of quality control, reliability, and high lead time for delivery for bird flight diverters meeting the revised specifications.”

“Local agitations and Right of Way (RoW) issues by residents are also hampering the installation of diverters. There is limited to no availability of bird flight diverters for installation on live lines as specified by the CEA,” he said.

Last November, the Ministry of New and Renewable Energy (MNRE) filed an interlocutory application in the Supreme Court. It said, “In case undergrounding of lines is insisted upon, India might need more fossil-fuel-based conventional sources to meet the shortfall of renewable energy. This will increase our carbon footprint, which will be detrimental to the environment.”

An executive from an independent power-producing company hoped for some relief in the next hearing by the Supreme Court. “Projects have already been commissioned before the committee issued the specifications. We have to see if the cost of installing bird diverters falls within 1% of the project’s overall cost.”

In February 2022, the MNRE sought an extension of 30 days from the Apex Court for undergrounding the transmission lines. The ministry said that the cost of laying the underground transmission lines would be close to , while it noted that several projects’ commissioning is delayed.