The Court has directed overhead transmission lines to be taken underground 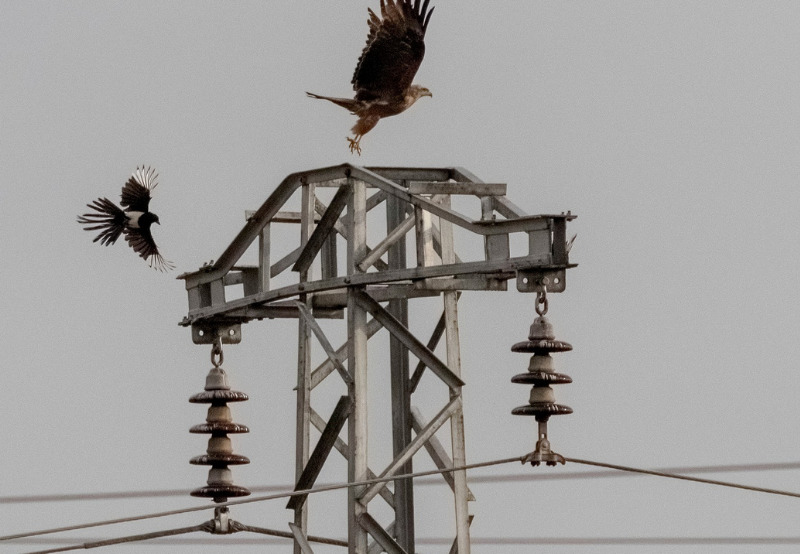 Solar energy projects to be developed in the habitats of the Great Indian Bustard and Lesser Florican in Rajasthan and Gujarat have been stranded awaiting the decision from the Supreme Court.

The Supreme Court had earlier ruled that the overhead transmission should be shifted underground to protect the endangered species of birds. In April this year, the Court had directed the authorities to complete shifting the transmission lines underground within a year. Until then, diverters were directed to be hung from the existing powerlines.

While the judgment intends to protect the endangered species whose numbers have dropped to a few hundred, it has brought to the fore practical problems for the developers who have projects in the region and are not sure what will happen next.

The Supreme Court directions came in response to a petition filed by a few environmentalists.

Commenting on the order, Attorney Aditya K. Singh of Link Legal Services said, “In the recent past, we have seen that Supreme Court has entertained review petitions filed by the government. In this matter as well, if the government can give a solution balancing the need to protect the endangered bird species and uphold the interests of the renewable energy assets, the Supreme Court may modify its orders.”

Bird deaths due to powerline collisions

The case with the Great Indian Bustard is that they have poor eyesight, due to which they are not able to see the powerlines and more often collide leading to death.

Though habitat loss has been cited as the main reason for the dwindling numbers of the Great Indian Bustard in the region, their collision with overhead powerlines poses another threat to their survival.

In October this year, environmentalists led by MK Ranjitsinh filed another petition alleging that despite the Supreme Court order, the construction of the overhead lines in the region was still in progress. The developers had failed to install the diverters as directed by the Court.

The petitioners added that 10-18 Great Indian Bustards die every year due to collisions with powerlines. Such a high mortality rate poses a grave threat, especially when less than 150 birds survive today.

In its report ‘Powerline Mitigation, 2018,’ the Wildlife Institute of India stated that 100,000 birds die due to collision with powerlines every year. It added that unless powerline mortality was mitigated, extinction of the Great Indian Bustard was inevitable.

Need for a balancing act

While there is no denying the need to save the birds, renewable energy development is also crucial in reducing the impact of climate change and air pollution. India has made rapid strides in the renewable energy space in the last decade, and the concerns of the developers are also justified and cannot be brushed aside.

The Ministry of New and Renewable Energy has filed an interlocutory application in the apex court citing the problems involved in bringing the transmission lines underground. “In case, undergrounding of lines is insisted upon, India might need more fossil fuel-based conventional sources to meet the shortfall of renewable energy. This will end up increasing our carbon footprint, which will be detrimental for the environment,” it has said.

It pointed out that over 65 GW of solar and wind energy projects lie in the priority and potential habitats of the birds in Rajasthan and Gujarat.

There is no manufacturer of underground/insulated cables for 765 kV in the world. For 400 KV lines, the maximum length which can be laid underground was 5 to 8 km only, the ministry said.

The executive’s concern was about the cost of taking the transmission lines underground. They have allowed for diverters, but that is only for the existing transmission lines and not the new ones. The impact is not that great in Gujarat’s Kutch region. It is basically affecting the projects in Rajasthan, which is why the Solar Energy Corporation of India’s (SECI) tender is not going through,” he said.

In its application before the Supreme Court, MNRE said that an expenditure of ₹1.5 trillion (~$20.15 billion) would be required to lay underground lines, an estimate that corresponds with that of solar power developers.

It also argued that laying underground powerlines could cause more significant environmental damage, such as displacement of flora and fauna, leading to the deterioration of biodiversity.

Sandeep Kashyap, President, ACME Solar, said that the developers are awaiting the outcome of the next hearing of the Supreme Court.

All eyes are now on the Supreme Court and the government. Together with the project developers, they have to find a way forward that does justice to both the birds and India’s quest to become a clean energy champion.