Solar Developers Finding it Difficult to Bid Below ₹2.50/kWh as ALMM Takes Effect

With the implementation of ALMM, developers are forced to procure domestic modules that are comparatively expensive, increasing the overall cost of solar projects 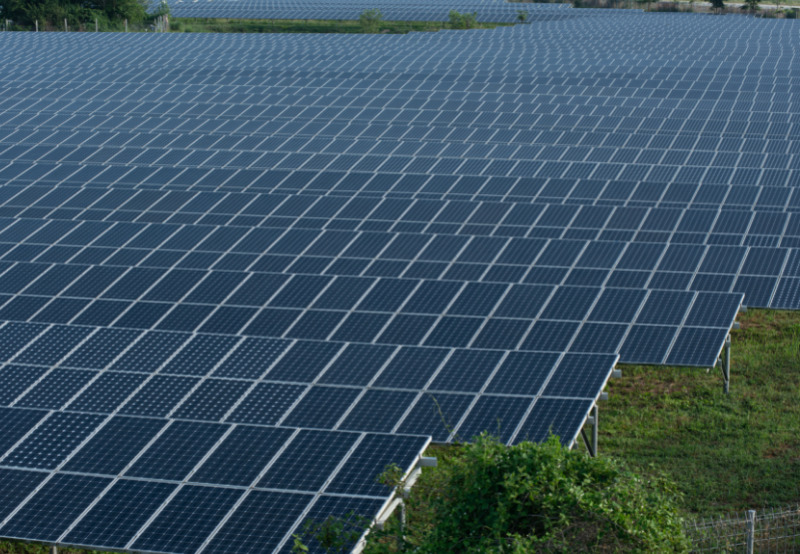 Solar developers are finding it challenging to execute solar projects with a tariff lower than ₹2.50 (~$0.034)/kWh with the Approved List of Models and Manufacturers (ALMM) restrictions.

According to the developers, the prices of domestic modules – procured from manufacturers enlisted in ALMM – are 20% higher than Chinese modules, which has increased the overall cost of solar projects.

In October 2018, the Ministry of New and Renewable Energy (MNRE) introduced a rule requiring solar cell and module manufacturers to register under ALMM to supply to the projects tendered by the government agencies.

Currently, there are no foreign solar manufacturers on the ALMM list. Many foreign manufacturers have paid the inspection fee, but the government inspection teams have not made any factory visits abroad due to the Covid-19 pandemic.

Since then, developers have been expressing concerns about the supply, quality, and impact on the cost of the projects.

In auctions of solar projects since ALMM has been applicable, the majority of the bidders (more than 70%)  have quoted tariffs over the ₹2.50 (~$0.034)/kWh threshold. Only a few winning bidders with access to either foreign funds or low-cost debt have quoted aggressively.

A senior executive of a Pune-based solar energy company commented on the auction and said that solar projects at such low tariffs seem to be financially unviable. Due to the ALMM order, developers are forced to procure modules from the domestic market that are around 25% more expensive compared to imports, increasing the overall cost of solar projects. “We also don’t know if international companies would be enlisted or not under ALMM, and even if these companies were enlisted, the basic customs duty (BCD) of 40% would be enforced on these imported modules from April 2022.”

“In recent auctions, state-owned companies like NTPC and SJVN and few private developers bid aggressively because they have lower return expectations compared to the majority of the private developers,” he added.

According to Mercom’s Q1 2021 India Solar Market Update, the cost of domestic solar modules was 15-20% higher than modules procured from China in Q1 2021.

Echoing similar thoughts, a deputy general manager of a Bangalore-based solar energy company said that the costs of solar energy tariffs and projects would increase because of ALMM. For solar developers, it is financially unviable to execute projects at such a low tariff, as seen in the recent bids. The impact of ALMM would depend on the supply and demand of solar modules as domestic manufacturers do not have enough module manufacturing capacity currently.

However, Ajay Kumar, Senior Engineer at SJVN Limited, believes that solar projects are viable at a tariff below ₹2.50 (~$0.034)/kWh despite ALMM. “The company’s funding and credit rating play an important role in solar projects as companies like SJVN can arrange debt at 6-6.5% interest rates from the market. This can improve the financial viability of solar projects. To reduce the cost of projects despite an increase in module costs, solar developers are using modules with increased capacity that reduce land requirements, artificial intelligence, high-quality tracker, among others.”

Commenting on the auction results, another executive at a foreign investment-backed renewable energy platform said several solar developers quoted tariffs around ₹2.50 (~$0.034)/kWh, which suggests that solar projects are financially feasible at a similar tariff. “We secured solar capacity with a tariff below ₹₹2.50 (~$0.034)/kWh. However, we do not like to reveal the reason behind quoting that tariff as a part of our business strategy.”

Signing power sale agreements has been a formidable task for implementing agencies like the Solar Energy Corporation of India and other state agencies. Higher tariffs have mostly been the primary reason for cancellations of auctions and power purchase agreements in the past. Now with the ALMM restrictions, tariffs are bound to go up in the short term unless bids are won by a state-owned company or a prominent developer with access to cheaper foreign debt. For all others, it is becoming increasingly challenging to win large-scale solar auctions.

If the intention was to close the procurement window between the safeguard duty expiration and the BCD start date, the goal has been achieved at a cost.