The current absence of foreign players from the list, however, is seen by many developers as a non-tariff barrier to ward off solar imports 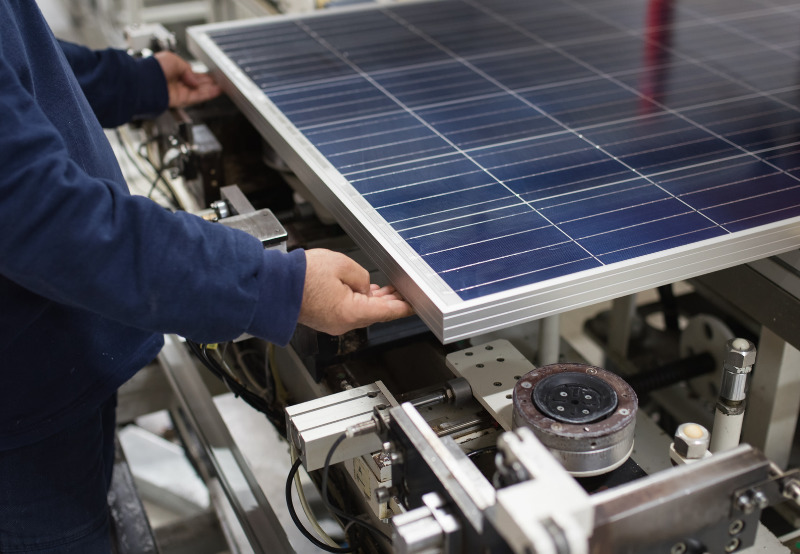 While there is a general perception in the industry that the current absence of Chinese manufacturers on the list will encourage domestic manufacturing, many feel that local module makers are not well-equipped to meet the growing demands of the solar industry. They fear that since enlisting the foreign players is going slowly due to the Covid-19 pandemic, developers will have to pay for the increased cost of procuring locally made modules.

When asked to elaborate on the matter, a solar developer noted that none of the domestic manufacturers are in a position to supply more than 50 MW capacity in a month, adding that it will likely take them more than a year to supply 300 MW. Several disgruntled voices in the industry also added that when the basic customs duty (BCD) is slated to come in April next year, there is no need to push ALMM. The developers seem to be concerned over how to procure Chinese supplies as none of them are enlisted.

Speaking on the issue, Avinash Hiranandani, Chief Executive Officer and Managing Director of RenewSys India, said, “Every country has different testing procedures and certification process in place for the products. The same is the case with India. One has to comply with certain standards to sell their products in the Indian market. I see no wrong in the directive. It will only ensure the end-users installing the solar panels get standard materials.”

Hiranandani also disagreed to make any correlation between the safeguard duty validity expiring in July and the enlistment of Chinese module manufacturers taking long. “The ALMM ensures quality. Even after BCD kicks in, ALMM will be there. With the current capacity of 14 GW per annum, which is ever-increasing, we are well-equipped to meet the market’s demands,” he added.

Highlighting the cause for the delay in enlistment, a top executive from one of the leading Chinese module manufacturers said, “The factory inspection and audit will take time. The Covid-19-related travel constraints are adding to the lag. The government will have to extend the inspection timeline. Also, we would like to have greater clarity from the government on the enlistment process.”

“The National Institute of Solar Energy (NISE) could hire a third party to speed up the inspection process in China. With the Indian solar market growing rapidly, it’s not prudent to discount the Chinese players. We have paid the enlistment fees and are going to abide by the law. We don’t see a reason to file any complaint with the Indian agencies. We understand the difficulties and hope for the best for everyone involved,” added the executive.

Tenders that were bid before April 10th this year will not be affected by the ALMM. But things will be different for projects based on bids after the April 10th cut-off date. According to Mercom India Research’s Q1 2021 India Solar Market Update, about 24.1 GW of tendered capacity is waiting to be auctioned.

Speaking for the developers, Vinay Pabba, Founder of VARP Power, said, “Interestingly, the ALMM published on March 10, 2021, has only List I for modules. There is no List 2 for solar cells. Also, all solar module manufacturers in List I are Indian module manufacturers, and foreign manufacturers are conspicuous by their absence from this list. While many foreign manufacturers have paid the inspection fee, it is apparent that the NISE has not gotten around to sending the inspection teams for factory visits abroad, most likely due to the Covid-19 pandemic. The continued restrictions on travel imply that the choices for developers winning tenders post-April 10th is severely limited unless the Ministry decides to extend the April 10th deadline.”

“As it stands now, for much of the current project construction pipeline, the ALMM order does not apply. Only when a significant bidding pipeline builds up for post-April 2021 tenders will we start feeling the manufacturing bottleneck if the ALMM continues in its current form. We still have some time in hand before such a situation arises,” Pabba added.

Is there a need for ALMM going forward?

While the ALMM was put in place to ensure the quality of solar products, it overlaps the existing Bureau of Indian Standards (BIS) certification in many aspects. Many stakeholders are not sure about the viability of the whole process. While BIS is more of a product certification, ALMM caters to facility certifications and the certification of manufacturers.

Commenting on whether the ALMM will incentivize the domestic manufacturing market and ward off foreign players, Pabba noted, “It can be argued that while BIS is related to product certification, ALMM is more of a process and manufacturing facility/original equipment manufacturer certification. It could have been better managed by combining these two objectives and making it a single-window process. A multi-layered regime has made it cumbersome and unwieldy. The ALMM regime is a thinly veiled non-tariff barrier made bulky by design and intends to ward off imports. Combined with the duty of 25% and 40% on solar cells and modules, respectively, this non-tariff barrier can significantly disincentivize foreign manufacturers from entering the Indian market. Whether the move will directly benefit local players remains unclear.”

Many developers believe that most Indian module makers have weak balance sheets, which might discourage lenders from funding projects where a major part of the project finance goes into such manufacturers.

“Lenders look at various aspects of the project before funding a program. ALMM protocols introduce new uncertainty in project execution and impact project timelines, making them more prone to penalties and tariff adjustments. These may impact the bankability of projects and push up the risk premiums while lending. Developers will be pricing this risk in the solar power tariffs that they quote. ALMM, if implemented in a cavalier manner, could raise tariffs and slow down India’s energy transition,” Pabba observed.

There is also a growing sentiment among the stakeholders that the domestic content requirement (DCR) is a foolproof mechanism and works much better than ALMM despite a short-term mismatch in the supply and demand for DCR products currently. That might, however, act as the catalyst for future investments and lead to the expansion of the domestic manufacturing sector, which the government is aiming for.

Speaking on the current predicament of domestic module manufacturers, Bharat Bhut, Co-founder and Director of Goldi Solar, said, “The current pandemic situation has hampered several operations, including enlistment under ALMM. Once ALMM is streamlined, it will ensure that all solar projects use quality modules. Any benefit that domestic manufacturers might gain will be brief as they will still have to meet the quality criteria. In the past, there were hurdles due to a lack of capital, machinery, and technical know-how. Today, domestic manufacturers are more than equipped to handle the demands of the upcoming projects.”

“With the introduction of the production-linked incentive program, some manufacturers are in the process of establishing or have already set up additional capacities. The BCD has helped generate positive sentiment among Indian solar manufacturers and the auxiliary industry. We see more acceptability for green energy, and there is a shift in mindset from conventional to renewable energy sources. We can expect investments and adoption of solar at a larger scale once it is in effect,” Bhut opined.

Capacity expansion announcements do not always mean they will happen. Making a case for the domestic manufacturers, Hiranandani noted, “Vikram Solar has announced a 5 GW capacity addition, and Waaree has also announced another 5 GW, and others have done the same. We have already ordered the lines and started work on them, and by the time BCD comes up, we’ll be ready for the increase in demand. Our installation numbers are in the range of 8 GW – 9 GW per year, so we are capable of meeting the demands.”

Inspection of facilities in China could be delayed for over a year, according to some suppliers. China is yet to open the country for visitors, and there is also a compulsory 28-day quarantining directive in place. When asked about their offshore facilities in Vietnam, Thailand, and Malaysia, and others, the suppliers believe that these facilities are catering to the demand of the US and European markets as they are dedicated to manufacturing N-type modules that are generally priced high and are also booked until the next two years.

It might be a while before Chinese manufacturers can enlist under ALMM. Until then, the developers and investors must bear the risk of any rise in project cost or supply chain disruption. The list of eligible domestic module suppliers could shrink based on whether they can make it to the Tier-1 list maintained by the lenders to finance projects.

“Solar installations will slow down, and the market will shrink if developers bid higher to factor in the increased module costs and state agencies refuse the higher bids. Two states have recently canceled auctions citing high tariffs. Hopefully, the industry doesn’t lose another 12 months to a new policy wrinkle when it is desperately clawing back from the second wave of the pandemic,” said Raj Prabhu, CEO of Mercom Capital Group.