The auction for 550 MW of solar projects at the Agar Solar Park saw a low bid of ₹2.444/kWh 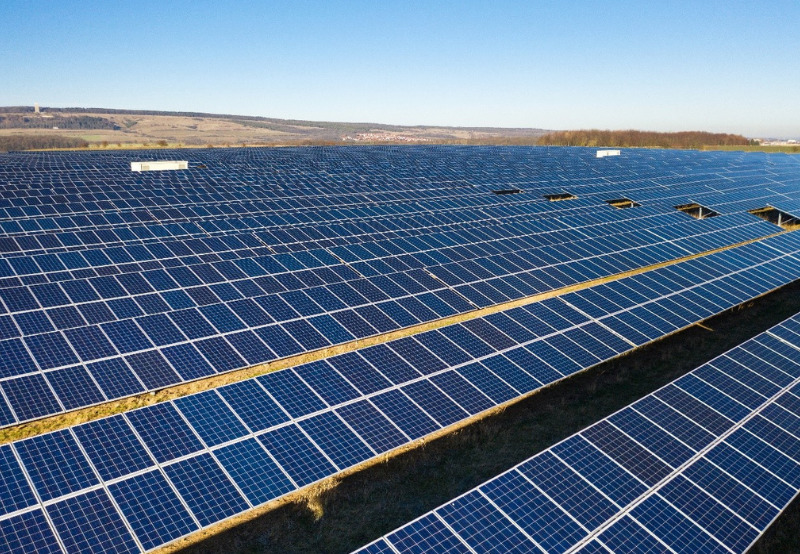 The tender for the Agar Solar Park had received responses from 18 bidders.

Speaking to Mercom, one of the winning bidders said, “We have factored the basic customs duty (BCD) in the bid. We plan to import solar cells and assemble them in India, so we will be able to comply with the Approved List of Models and Manufacturers (ALMM) order. The BCD will be 25% with this strategy. The RUMSL tender was an attractive proposition for everyone, as it had very limited risks, with land and evacuation infrastructure being available for the project. Additionally, the project also has a good credit rating.”

RUMSL had floated the tender for a total of 1,500 MW grid-connected solar projects to be developed across three solar parks in the state in 2018. However, due to the impending central and state elections, the tenders were delayed.

The World Bank will finance the entire 1,500 MW capacity of the three projects.

Land availability: Driving factor behind the success of RUMSL tender

The availability of land for the projects has been one of the main reasons for such a positive response from the bidders. The fact that the tender is for solar parks also helped garner interest from the bidders.

A top executive from one of the developers bidding for the project said, “The developers are interested in the project since it is a solar park. The availability of land and getting clearances from the government will be easy. Also, the Madhya Pradesh government has good credibility for providing support for such projects, which has also contributed to the good response received from the bidders.”

Speaking on the massive response from the bidders, Avaneesh Shukla from RUMSL said, “Our main focus was to address the concerns of the lenders, project developers, and the offtakers. We took care of the uncertainties related to the projects and tried to make it a profitable venture for all the stakeholders. The response has been up to our expectations. The most important thing in this tender is the availability of land, which is missing from the tenders floated by the Solar Energy Corporation of India. Other factors like guaranteed offtake, payment security mechanism, state guarantee, and the construction of the power grid made it an attractive proposition for the bidders. We offered a plug-and-play model, which was well received by the bidders.”

Another bidder for the 450 MW of solar projects at the Shajapur Solar Park said, “In the recent past, other tenders have also received a good response. Rajasthan is a good example of that. The fact that this tender was floated for solar parks and funded by the World Bank makes it stand out.”

“Also, RUMSL and Madhya Pradesh have a good track record of timely payments, which has been the main factor in driving the interest among the bidders. There is a state guarantee, and from the credit rating perspective, it’s a good asset. With SECI tenders, you don’t know who is the ultimate offtaker, while here you have a known offtaker,” he pointed out.

Echoing on the land availability aspect, he added, “Many developers do not want to get their hands dirty in dealing with land issues while developing a project, and this tender gives them a perfect opportunity to set up their projects where land allocation is taken care of.”

In the recently held webinar hosted by Mercom, Manu Srivastava, Principal Secretary (former), New and Renewable Energy Department, said, “Our main aim was to offer contractual arrangements that reduced the risks and mitigated the projects’ uncertainty. We put ourselves in the bidders’ shoes, addressed their concerns, and assured them of guaranteed offtake. We ensured payment security. We also addressed issues like ‘Change in Law’, comfortable timelines, and part-commissioning. These were just some of the issues that we addressed in the RUMSL tender.”

For the past three years, the tariffs for projects in solar parks across the country have been hovering in the region of ₹2.60 (~$0.035)/kWh to ₹2.80 (~$0.038)/kWh. But the recently held auction by RUMSL saw the tariff drop down to ₹2.444 (~$0.033)/kWh, which might be attributed to state-specific policies, the credibility of the Madhya Pradesh government regarding timely payments, and a host of other issues. With the module prices rising and a spike in commodities’ costs, the tariffs are not expected to go down any further.