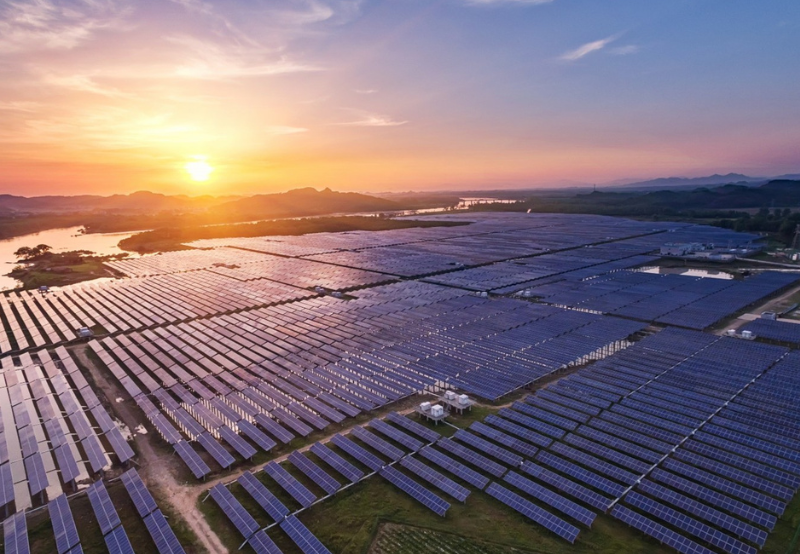 India added 10 GW of solar capacity in the calendar year (CY) 2021, making it the best year for the solar sector. The installations marked a 210% year-over-year (YoY) growth, compared to 3.2 GW installed in CY 2020.

Large-scale solar projects accounted for 83% of installations during the year with 8.3 GW, a 230% increase YoY.

In calendar year (CY) 2021, ReNew Power was the largest utility-scale developer in terms of installations, according to India Solar Market Leaderboard 2022. It acquired 260 MW of solar projects in Telangana and installed 250 MW solar projects connected to the interstate transmission system (ISTS) in Jaisalmer, Rajasthan. The company was listed on the Nasdaq in 2021 after completing a business combination with RMG Acquisition Corporation II, a special purpose acquisition company (SPAC).

Adani Green had the second most installed capacity in 2021, which included a 150 MW solar project in Kutch, Gujarat, commissioned three months ahead of schedule. The acquisition of SB Energy expanded its portfolio by 1,700 MW of operational and 3,554 MW of projects under construction. Other acquisitions by Adani included solar projects of Essel Green Energy, Sterling & Wilson, SkyPower Global, and Hindustan Power during the year.

Azure Power was third on the list of top developers in 2021. The company sold its non-core rooftop solar portfolio during the year. OMERS Infrastructure acquired a 19.4% stake in the company for $219 million from International Finance Corporation (IFC) and IFC GIF Investment Company.

Mahindra Susten and Tata Power Renewables rounded off the top five in the list.

The top five developers accounted for almost 50% of the total utility-scale solar added in CY 2021. 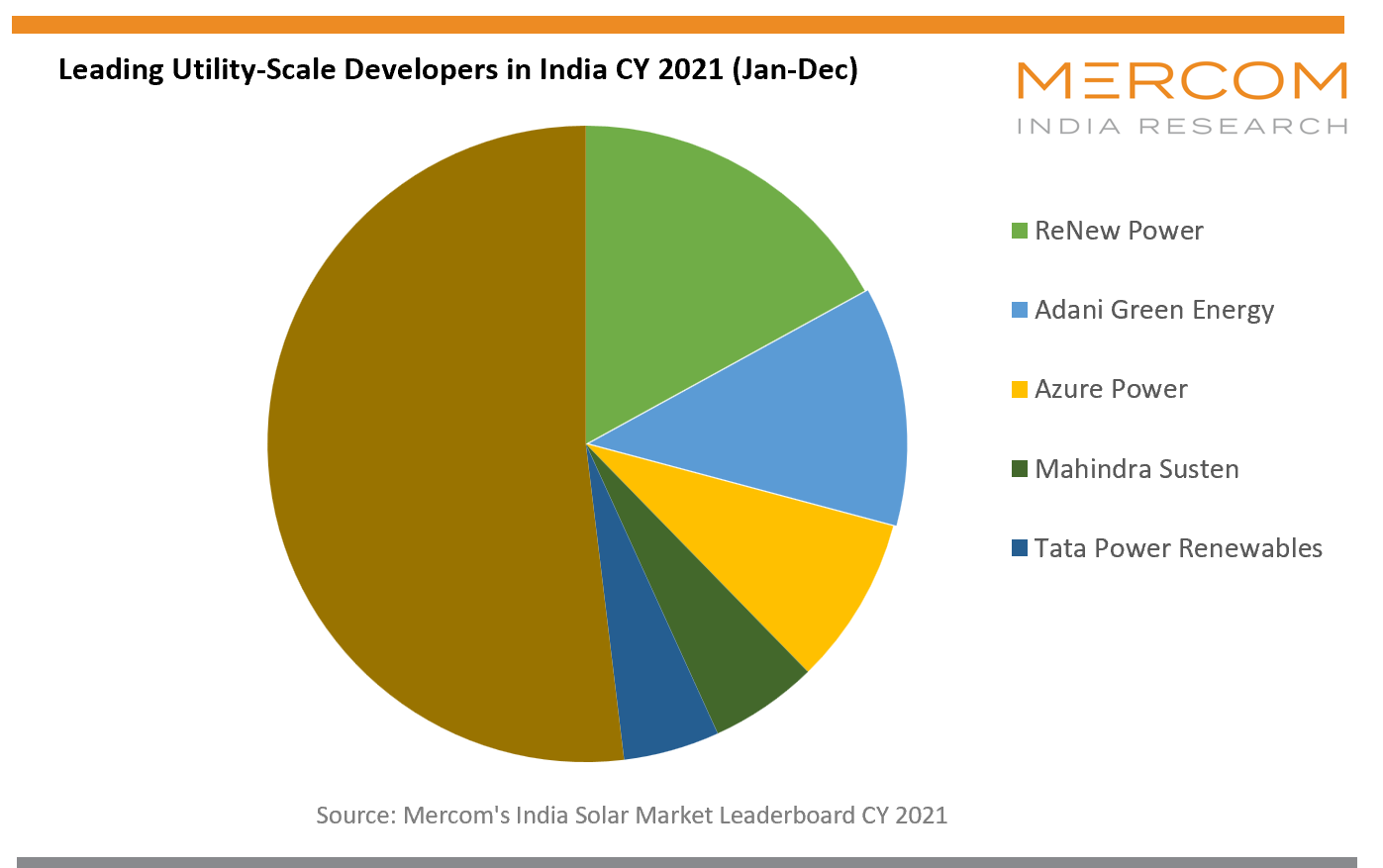 Adani Green Energy was the top utility-scale developer (both cumulative operational and under-development capacity) as of December 2021, followed by Azure Power and NTPC.

The top 10 utility-scale solar developers collectively accounted for 68% of the total installations.

Adani Solar, Avaada Energy, and Azure Power were the top utility-scale solar project developers in the first half (1H) of the CY 2021.