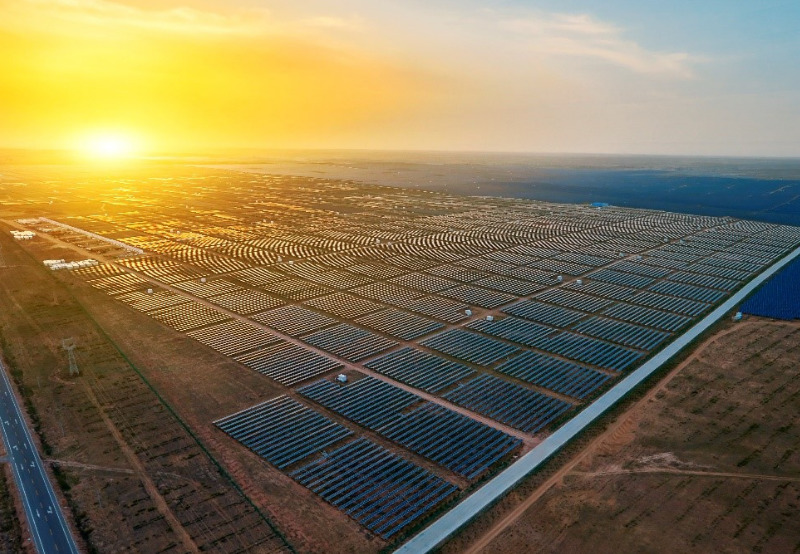 Adani Solar, Avaada Energy, and Azure Power have emerged as the top utility-scale solar project developers in the first half (1H) of the calendar year (CY) 2021, according to Mercom’s India Solar Market Leaderboard 1H 2021 Report.

Adani Solar was the top utility-scale developer in 1H 2021 with a market share of 13%, whereas Avaada Energy and Azure Power had market shares of 9% and 8%, respectively. The top three players accounted for 30% of the total market share in 1H 2021.

The top ten developers accounted for 67% of the total market share in 1H 2021. 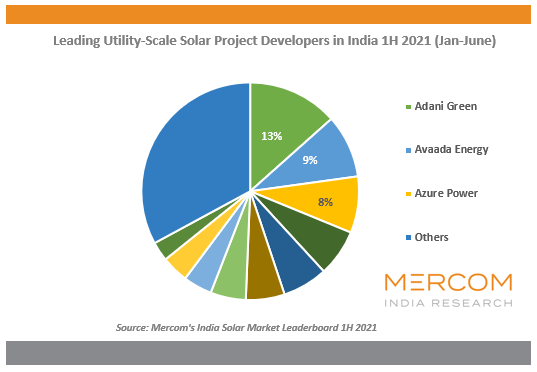 Considering both operational and under-development project capacity, Adani led with 22% market as of June 2021. Azure Power and NTPC had market shares of 8% and 6%, respectively.

Utility-scale projects accounted for 85% of the cumulative installations as of June 2021, which touched 43.6 GW at the end of June 2021.

In some significant acquisitions, Adani Green acquired a 100% stake in SB Energy India from Soft Bank Group (80%) and Bharti Group (20%). The transaction brought 1,400 MW of operational solar projects and 3,554 MW under construction into Adani’s portfolio. The company also acquired 75 MW of operating solar assets in Telangana from Sterling and Wilson.

Azure Power sold its non-core rooftop solar portfolio (152.5 MW) to Radiance Renewables during the first half of 2021.

Adani Solar was also the top utility-scale developer in 2020, with a market share of 13%. Hero Future Energies and SB Energy were in the top three with 12% and 10%, respectively. The top three developers accounted for 35% of the total utility-scale solar projects installed in 2020.

Solar accounts for 11.2% of the total installed power capacity in India as of June 2021. Among renewables, the share of solar was 30%. Coal continued to lead with a market share of about 52.5%. 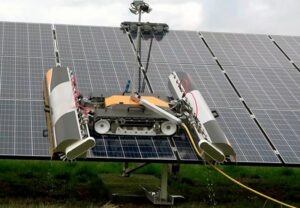 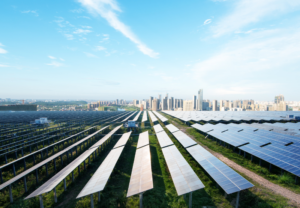