India’s cumulative installed solar capacity stood at 52 GW at the end of Q1, 2022 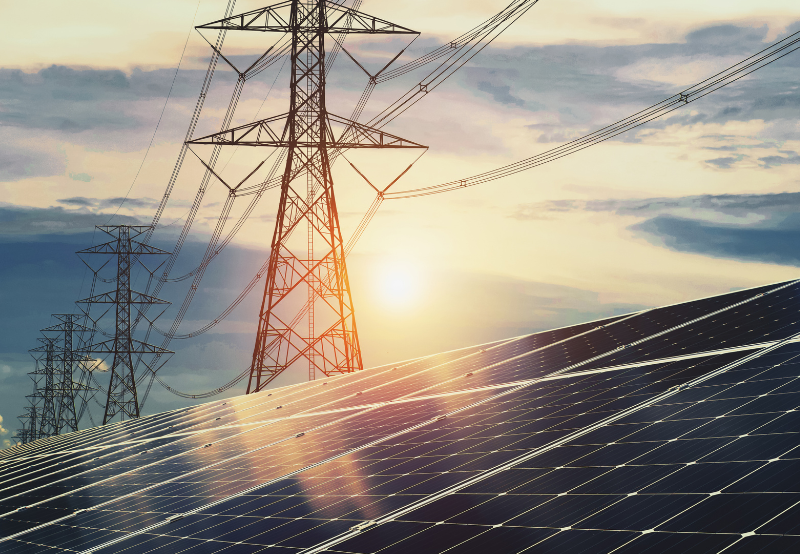 Last year was a banner year for the Indian solar sector, with capacity additions breaking the 10 GW for the first time, raising hopes of India achieving the 500 GW renewable energy target by 2030.

Out of the 500 GW renewables target, 280 GW is set for solar power. This means approximately 27 GW of solar capacity must be added annually until 2030.

The target is no doubt stiff. But policymakers and the industry alike are confident, despite the challenges the renewable energy sector must contend with.

According to Mercom India’s Q1 2022 India Solar Market Update, India’s cumulative installed solar capacity stood at 52 GW at the end of Q1, with over 3 GW added during the quarter. India added 4.6 GW of total power capacity during the quarter, with solar accounting for 68% of it. Based on Mercom’s forecast, 2022 is expected to be even better.

There are some hurdles to cross; for instance, the Approved List of Models and Manufacturers (ALMM) and basic customs duty (BCD) restrict the import of solar modules. This means that developers must procure only Indian-made solar modules. Indigenous module manufacturing capacity, however, is limited.

The government has focused on strengthening self-reliance through initiatives such as the performance-linked incentive (PLI) program for module manufacturing.

Similarly, rooftop solar subsidies and the recently announced green energy open access policy are steps in the right direction. These policies are expected to drive commercial and industrial consumers to opt for solar.

Mercom spoke to solar executives for their views on India’s chances of achieving the 2030 target, and the challenges before the renewable energy sector.

Vneet S. Jaain, Managing Director & CEO, Adani Green Energy, is optimistic about the future. “I believe India can achieve its target of 500 GW non-fossil fuel capacity with 50% generation from non-fossil fuel energy sources by 2030 as announced during COP26.”

Jaain contends that the government is taking the right steps. “The country’s focus on developing large-scale renewable parks through the ‘Ultra Mega Power Projects’ scheme has been very successful, leading to the establishment of some of the largest solar parks in the world. Further, policy support in the form of initiatives such as priority grid access to renewables has significantly added utility-scale renewable capacities and attracted substantial private investment. Even small-scale renewable adoption has been pushed through initiatives such as ‘Grid Connected Rooftop Solar Program’ and ‘PM KUSUM’ scheme for farmers installing solar pumps and grid-connected solar.”

Gaurav Sood, Chief Executive Officer, Sprng Energy, points out that renewable energy is now the country’s most competitive form of energy and contributes to around 28% of India’s installed electricity capacity as of May 2022. He said, “If we throw in large hydro into the energy-mix, it already reaches 40% of current installed capacity, which is almost equivalent to Indian government’s spelled out vision of achieving renewables share of at least 50% in the installed generation capacity by the end of the decade.”

According to Goutam Samanta, Head of PV Technology at Juniper Green Energy, ALMM, PLI, and BCD on solar are all good moves to develop domestic manufacturing capacity and reduce reliance on imports. “India’s renewable energy footprint has grown dramatically over the last four to five years due to the policies encouraging domestic and international investor participation in the sector.”

Stakeholders say policy at the Central and state levels is critical to achieving targets.

He said that while some state governments have done well in creating a favorable policy environment for developers, others must rise to the occasion to bring in structural changes.

As renewable energy component prices rise due to supply chain and availability issues, the industry has struggled with project costs and maintaining profitability.

Jaain feels it is essential to build an indigenous solar manufacturing ecosystem to manage price escalations and the limited availability of solar modules. “The renewable purchase obligations also need more stringent rules to ensure effective implementation. Solving the riddle of cash flow problems faced by the state DISCOMs is yet another vital element, and the government is working on this through amendments to the Central Electricity Act. “

Sood agreed with Jaain about the need to improve the financial health of DISCOMs. On his wish list are steps to make land and transmission infrastructure available, easier power sale agreement approvals, and open access.

Despite favorable tweaks, the growth of rooftop solar installations has not been impressive. According to the Mercom India Rooftop Solar Market Report Q1 2022, India installed 456 MW of rooftop solar capacity in the first quarter (Q1) of 2022.

Samanta said, “This is because of the absence of lucrative investment returns as solar prices have increased. States should work together with SECI as per MNRE guidelines not only on installation target but also on transmission & distribution with green corridors such as ISTS. “

He says state regulators must raise the bar for the procurement of renewable energy and ensure strict adherence to the renewable purchase obligations. “We have seen regulators imposing a tariff on purchasing green energy from DISCOMS, which should be reasonable rather than absurd. In some states, the green energy tariff is exorbitant in the range of ₹12-₹15 (~$0.15-$0.18)/kWh.”

According to Jaain, the PLI program, Basic Customs Duty imposition, and ALMM are desirable.  While the recent Green Energy Open Access policy was a welcome move as it would help open up opportunities for C&I consumers. He said, “State-level cooperation is also essential since the state utilities usually lose out due to the open access given to the C&I segment.”

He also pitches for longer-term financing options for which the government must work out policies matching the power purchase agreement terms. “The government must offer globally competitive interest rates and improve finance availability through a dedicated clean energy fund or earmarking more funds by banks and financial institutions towards clean energy.”

One of Sood’s concerns is policies related to connectivity and land acquisition. “States like Gujarat, Maharashtra, and Rajasthan have started publishing the list of substations where the injection capacity is available. This needs to be replicated in the rest of the country. There needs to be a transparent process for allotting connectivity at a particular substation, and the list needs to be updated periodically factoring in connectivity granted after last state tender.”

He expects the amendments to the Electricity Act to be tabled in the upcoming monsoon session, which should lead to competitiveness in the retail market. According to him, delicensing the retail market could open a large segment of the market for renewable energy generators, primarily through the corporate power purchase agreement route.

Samanta believes that the focus should be on the utility-scale, hybrid, peak power, and round-the-clock (RTC) installations. With increased renewable energy penetration, the demand for RTC power would increase. “The energy storage price will also fall due to economies of scale and EV adoption. green hydrogen will also play a significant role. “

With our earlier experience, we know it is a very ambitious target, and both central and state regulatory commissions need to work on creating enabling policies. To provide stability and achieve renewable energy targets, we first need a consistent policy across all the states, and after this, state governments need to solve their local problems.”

While the central government has been implementing supportive policies to help the sector achieve the set target, it will be critical for all the states to come together and contribute to this effort.

The government has implemented various measures to improve the financial health of the DISCOMs, which will help make the energy sector more robust in terms of capital flow.

“The 280 GW by 2030 installation target for solar set by the government is only achievable if binding policy measures are in place, including incentives when goals are met and penalties when they are not. A yearly target with accountability will ensure the goal remains in reach. All enabling policies need to be interconnected with buy-in from states for this to work. For example, if the government imposes a basic customs duty to build a domestic supply chain, it also needs to ensure that enforceable policies are in place all the way to PPA signing so procurement does not slow down.  That is the missing piece right now,” said Raj Prabhu, CEO of Mercom Capital Group.

Mercom India will be hosting a Solar Summit 2022 on July 28-29 in New Delhi, an exclusive event hosting important stakeholders across the solar sector. Attendees include government officials, investors, manufacturers, developers, and other key industry players who will discuss current issues, opportunities, and emerging trends in the industry. This will include the government’s push for local manufacturing, its aggressive solar installation goal of 280 GW by 2030, supply chains, technology, financing, and other critical issues.