The cumulative solar installed capacity totaled 52 GW at the end of Q1 2022.

With the BCD applicable from the second quarter (Q2) of 2022 on solar cells and modules, this quarter saw a significant increase in solar module imports, noted the report. In Q1 2022, developers procured almost 10 GW of solar modules and stockpiled them ahead of the advent of Basic Customs Duty (BCD), which took effect on April 1, 2022. 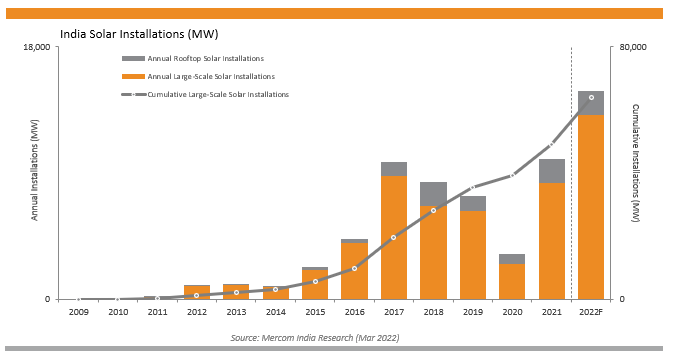 Rajasthan became the first state to cross 10 GW of cumulative large-scale solar PV installations, with over 10 GW installed as of March 2022, and accounts for 24% of the total installations in the country. 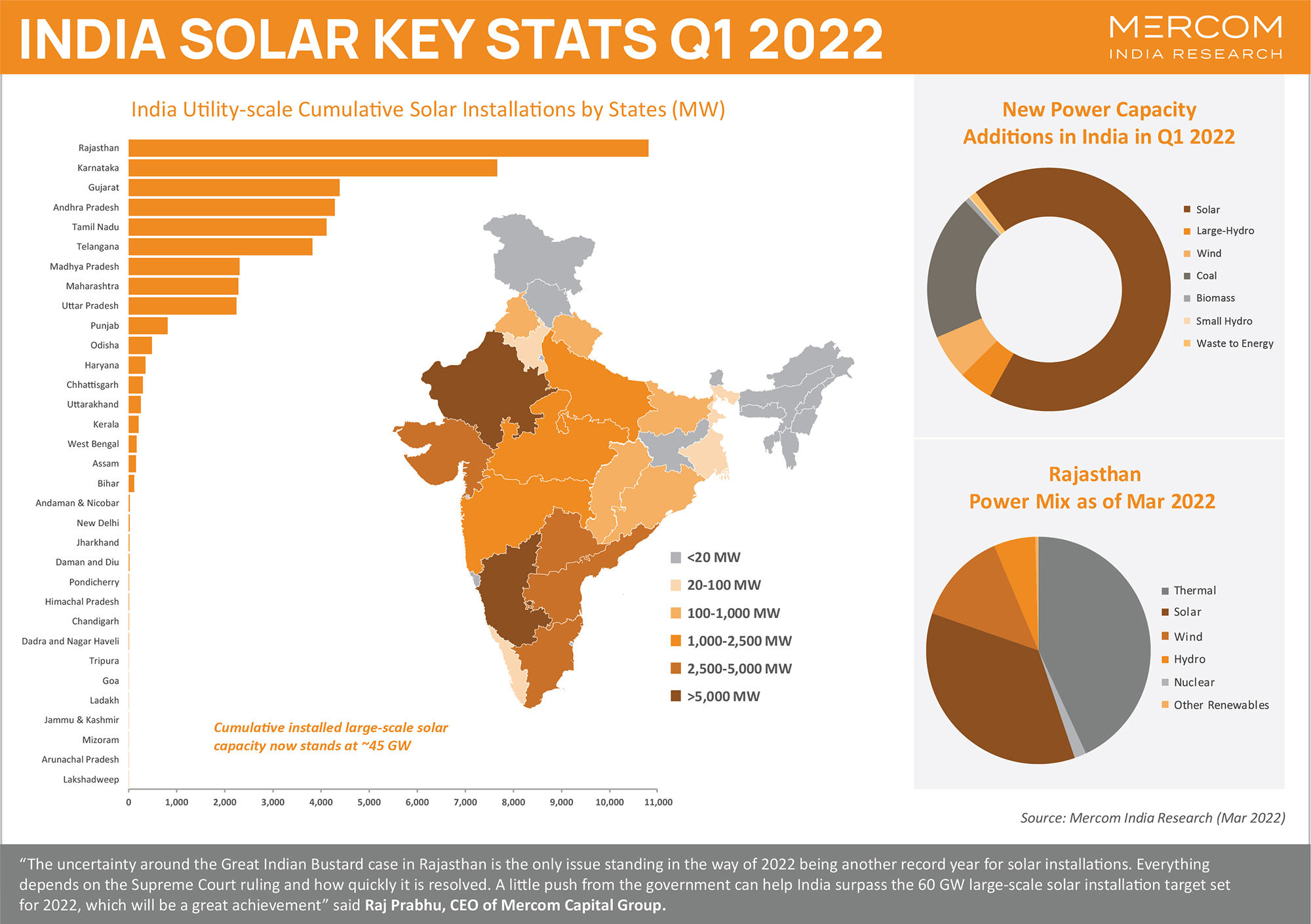