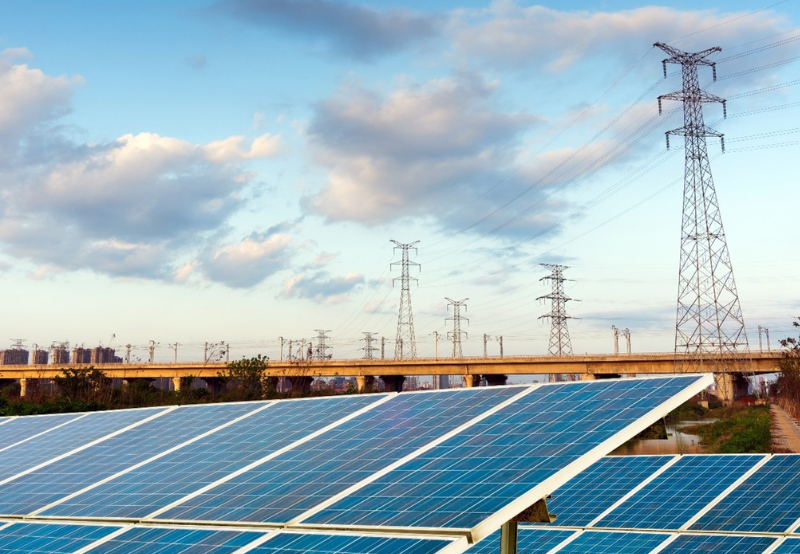 The Ministry of Power recently issued the Green Energy Open Access Rules, which can catalyze the transition of small-scale industries, commercial consumers, and large households to green energy.

According to the recently released Mercom India Solar Open Access Market Report Q1 2022, India added 513 MW of new open access solar capacity during the first quarter of the year, registering a 58% growth compared to Q4 2021. The open access solar projects in the development pipeline were at 2 GW at the end of the quarter.

With the rising demand for renewables to meet the energy demands across the commercial and industrial (C&I) sector, the new policy aims to provide the much-needed boost the open access market needs today.

As per the new regulations, consumers will be eligible for green energy open access if they have a contracted demand or sanctioned load of 100 kW or more. For captive consumers, there will be no load limitation. The new rule is expected to help more businesses opt for renewables as the minimum load had to be 1 MW earlier.

Energy banking regulations, often considered a problem area by most open access developers, would be standardized to monthly, providing more flexibility to the power generators.

A central nodal agency setting up and operating a single-window green energy open access system, along with the 15 days fixed timeline for approvals, is expected to simplify and speed up the projects.

Green hydrogen and green ammonia projects are expected to get the necessary push with the removal of cross-subsidy surcharges and additional surcharges. The surcharges are capped at 50% for other renewables.

Mercom India spoke to a cross-section of stakeholders to understand how they see the open access market changing in the wake of the new open access green energy policy.

Srini Viswanathan, Chief Executive Officer at Vibrant Energy Holdings, believes the policy democratizes the right of every consumer with over 100 kW sanctioned load to opt for 100% of their power consumption to be derived from renewable energy sources.

“The most important part of the policy is that it allows consumers to offset 100% of their consumption with renewable energy sources. Traditionally, consumers were forced to consider certain parts of their consumption to be acquired from distribution sources alone. The concept of deemed open access under the Central Nodal Agency is a welcome step given the long delays in long-term open access that can negatively affect the project outcome.”

Nithya Balakrishnan, Head of Marketing and Communication at Fourth Partner Energy, said, “The intent of the ministry is evident – encouraging adoption of Renewable Energy across consumer segments. The 15-day window for clearance of open access permits will result in quicker approvals. This is exactly the shot in the arm this sector needed in order to meet the 500 GW renewables target set by the government for 2030.”

“Earlier, the minimum requirement of contract demand was 1 MW which kept the Micro, Small & Medium Enterprises (MSME) segment out of the net. These new rules pave the way for such smaller commercial consumers to switch to low-cost, low-carbon green electricity. The clarity in open access charges helps both developers and consumers with transparency in long-term tariffs: transmission charges, wheeling charges, cross subsidy surcharge (cap), and standby charges. Issuance of green certificates on the basis of clean energy procured or consumed and the 15-day window for fast-tracking approvals are all measures that can add tremendous traction to India’s decarbonization journey,” she said.

A senior executive at a leading energy development company said, “The overall framework is very positive and forward-looking. The annual energy banking regulation for all open access will help overcome hurdles developers face. The contract demand removal and limiting load to 100 kW will attract many customers who are in that range and could not opt for open access earlier. Aggregation, however, might be a challenge; nevertheless, it will open up a market for ones who wish to operate in that segment. It will also facilitate a good captive structure, where multiple parties are involved, with a big special purpose vehicle (SPV), aggregating 10 to 15 customers, contributing to that 26% compulsory equity share. So, business models of 10 MW to 20 MW will also see a rise in demand.”

“Also, if somebody wants to pay a third-party fare, the cross-subsidy surcharge levied will not increase beyond 50% of the current applicable amount for the next 12 years. As far as green hydrogen is concerned, no cross subsidy or additional surcharge is applicable. So you can do a third-party transaction, which opens the space for a lot of green hydrogen developers, where they can procure the power on a third-party basis,” the executive said.

Amit Kumar, Co-Founder and Managing Partner at Altilium, said, “The biggest game-changer is that the energy banking is a law now, which will extend benefits to new projects which are provisioned on merchant capacities with no fixed power purchase agreements. Power sale is a major challenge for merchant capacity installers in India; the new policy will encourage good merchant traction by allowing month-long energy banking and thus facilitating its sale. Adding green energy rating for the energy transactions will help add value when installing new capacities.”

Prashant Choubey, Senior Executive Vice President for Business Development and Human Resources at Avaada, said, “For C&I consumers wanting renewable energy for sustainability, this will ease the process and allow greater accessibility. Reduction of open access threshold /ceiling, assured banking for green open access consumers, bringing green Hydrogen/Ammonia towards RPO fulfillment, as well as uniform RPO trajectory and ceiling on applicability and fixation of open access charges for green open access will prove to be game-changers. Since Forum of Regulators has been mandated to prepare model regulations on methodology for calculating open access charges within four months of issue of these rules, it is to be seen how this emerges finally.”

According to the senior executive of the energy development company, the broad-level policy needs to be formalized by state regulators on time. “We have seen this trend regarding the Electricity Act and Electricity Rules, where some state electricity regulatory commissions do not follow the timelines. So, how every state responds to this is very important. Electricity is a concurrent subject wherein the central and state’s decisions matter.”

The executive also pointed out that the policy does not outline a procedure to frame regulations like the one relating to energy banking. The policy says that banking is permitted monthly, but states have no uniformity. In Uttar Pradesh, a 15-minute block is the basis for scheduling banking and consumption, whereas, in Tamil Nadu, the cumulative unit-wise adjustment happens once a month.

Kumar said, “The policy is very good at the concept level. However, it can be a non-starter without approval from state regulators.” For the short-term, he said, there were hardly any benefits cost-wise. The cross-subsidy surcharge waivers on green hydrogen and green ammonia are good, but the projects in those segments would still take another three years to scale up. The policy should have been rolled out in a phased manner and by consulting the states.

Choubey added, “The onus of making green energy open access applications seems to have been left entirely to entities or consumers through a proposed common application format. This facility could have been extended to developers and setting projects for entities/consumers. Further incorporation and clarity on synchronization of these rules with captive rules as per Indian electricity rules 2005 would have avoided confusion regarding the same. To provide Green Energy Open Access to consumers of green energy, the appropriate Commission has been empowered to amend the relevant regulations so that these regulations shall be consistent with Green Energy Open Access rules. It would be interesting to watch for as this alignment proceeds further.”

Balakrishnan was of the view that states would have to walk the talk and adopt these measures to boost renewable energy adoption across the board. She also felt that the government must ensure open access project developers are not forced to procure modules from the approved list of models and manufacturers (ALMM).

She said, “The extension of six months is a breather, but the measure (ALMM Order) could be detrimental to the quick pace of renewable energy adoption. The need of the hour is incentivizing domestic module manufacturing capacities, but that cannot be done overnight by curbing/banning imports or additionally taxing developers.”

Echoing similar views, Viswanathan of Vibrant Energy said, “Under paragraph 9, the policy could have explicitly stated that group captive consumers choosing to buy power on interstate basis get a waiver of cross subsidy surcharge and additional surcharge. A specific direction should have been given to state nodal agencies to provide support in line with this policy. However, if there is a lack of support from the state, the central nodal agency can make the necessary process improvement to support the project clearance and open access approvals.”

Open Access has seen rising demand from consumers across the C&I segment. The new policy is strong on intent but might not see the sun in certain states unless the state regulatory bodies approve it.

India has set an ambitious target of installing 500 GW renewable capacity by 2030. The latest policy intervention is a big step forward in meeting the target. Together with the inter-state transmission system (ISTS) waiver and the postponement of the ALMM mandate for open access, the new green energy open access policy may be the answer the renewable energy sector was looking for.

The first event in the C&I Clean Meet 2022 series was held in Bangalore. Industry experts discussed the benefits of renewable energy and how the C&I sector could utilize it for their expansive power needs. After an overwhelming response in Bengaluru, Mercom India plans to host more industry-focused C&I events in Pune, Chennai, Coimbatore, Ahmedabad, and Noida.