Month in a Minute: Top Headlines from Indian Renewable Sector in June 2022 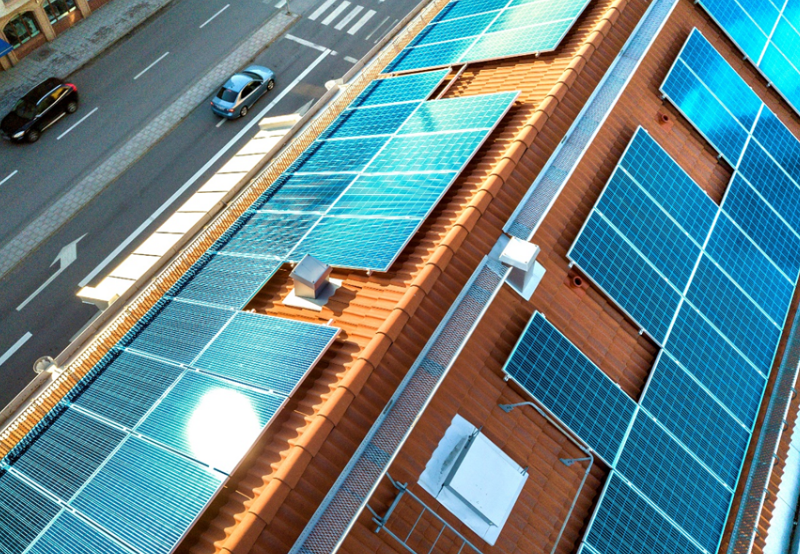 Here is a recap of some of the most important headlines from June 2022:

India added 513 MW of new open access solar capacity in the first quarter of the calendar year 2022, registering a growth of 58% quarter-over-quarter, compared to 324 MW installed in Q4 2021. The year-over-year installations increased by 22% compared to 422 MW in Q1 2021. At the end of March 2022, the cumulative installed solar capacity in the open access market stood at nearly 5.7 GW. The country’s development pipeline of open access solar projects is 2 GW at the end of Q1 2022.

The Ministry of Finance has imposed anti-dumping duty on the import of fluoro backsheets (excluding transparent backsheets) from China to remove the harm being caused to the domestic market. Fluoro backsheet is a polymer-based component used in the manufacture of solar modules. It protects the modules against dirt, dust, moisture, and degradation. The anti-dumping duty imposed under this notification will be levied for five years and payable in Indian currency.

ThomasLloyd Energy Impact Trust plc, a renewable energy investment trust, has acquired the remaining 57% interest in SolarArise India Projects for a cash consideration of $38.5 million. The initial 43% interest acquired in SolarArise in 2018 was a part of the seed assets outlined at the initial purchase offering (IPO). The initial purchase is expected to be completed in the coming weeks. The acquisition of the remaining interest is likely to be completed in the fourth quarter of 2022.

Inox Green Energy Services, a subsidiary of Inox Wind, filed a new application to raise ₹7.4 billion (~$94.75 million) through an initial public offering (IPO). According to the Draft Red Herring Prospectus, the IPO comprises fresh issuance of equity shares worth ₹3.7 billion (~$47.37 million) and an offer-for-sale of equity stocks aggregating to ₹3.7 billion (~$47.37 million) by the promoter Inox Wind. The equity shares offered are proposed to be listed on Bombay and National Stock Exchange.

Gurugram-based Battery Smart, a battery-swapping network for electric two and three-wheelers, announced the closing of a Series A round funding of $25 million led by Tiger Global. The company plans to use the funds to extend its offerings to more electric vehicle users pan-India by increasing the number of swap stations and expanding its partnerships with original equipment manufacturers and fleet operators. The funds will also be used to strengthen its Battery Assignment Technology.

Electric vehicle startup Mecwin India will invest ₹500 million (~$6.38 million) to set up a manufacturing plant for EV motors and controllers in Karnataka. The manufacturing facility for indigenous EV motors and controllers will come up in Bengaluru and be operational by the end of this year. The company aims to cater to the country’s demand for indigenous mid-drive and hub motors from key EV original equipment manufacturers. The company’s EV motors are designed, developed, and made in India for 2, 3, and 4-wheelers.

India-based lithium-ion battery recycling startup BatX Energies raised $1.6 million in a seed funding round led by JITO Angel Network. The round saw participation from existing investors such as Rohit Chanana of Sarcha Advisors and Anmol Jaggi from BluSmart Electric. BatX Energies will utilize the fund to establish a commercial-scale rare earth battery-materials extraction plant integrated with artificial intelligence. BatX will start specific material extraction via their proprietary chemical process at their recycling unit, which is already producing black mass — a mixture of battery anode and cathode materials.

The Haryana government has issued the State Electric Vehicle Policy 2022 to promote clean transportation and create an ecosystem for manufacturing EV components in the state. The policy aims for Haryana to develop into a global hub for electric mobility development by attracting companies to set up their EV manufacturing units. It intends to create an eco-friendly environment by offering exemption in taxes, permit fees, subsidies, and incentives to the industries manufacturing EVs.