Month in a Minute: Top Headlines from Indian Renewable Sector in August 2022 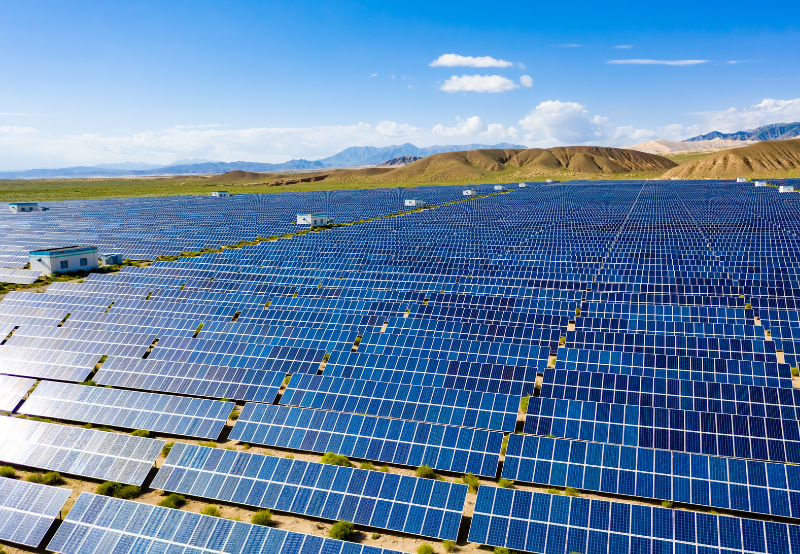 Here is a recap of some of the most important headlines from August 2022:

India installed over 3.9 GW of solar capacity in the second quarter (Q2) of the calendar year 2022, an increase of 18% compared to 3.3 GW installed in the previous quarter. On a year-over-year basis, installations rose by 59% from the 2.4 GW. The latest installation data was revealed in Mercom’s newly released report – Q2 2022 India Solar Market Update. Large-scale solar accounted for 90% of the installations, and rooftop accounted for the remaining 10% during the reporting period.

The Union Cabinet approved the Nationally Determined Contribution (NDC) as part of the global response toward climate change goals as agreed under the Paris Agreement. As per the updated NDC, India aims to reduce the emissions intensity of its GDP by 45% by 2030 from 2005 levels and achieve 50% of total installed power capacity from non-fossil fuel-based sources by 2030. The updated NDC also represents the framework for India’s transition to cleaner energy from 2021 to 2030.

The MoP suggested creating a central pool of interstate transmission systems-connected renewable energy sources from which an intermediary company will procure power to be supplied to an entity that will undertake distribution and retail supply to more than one state. The ministry proposed that there will be a different central pool for each sector, like solar, wind, hybrid, hydro, small hydropower, and power from any other renewable energy resource, including storage or their combination. The central pool will be constituted for five years. The proposal is part of the draft Electricity (Amendment) Rules, 2022, on which the ministry has invited stakeholders to share comments by September 11, 2022.

Vikram Solar, a solar module manufacturer and EPC solutions provider, received SEBI’s nod to raise funds through an initial public offering (IPO). The IPO consists of a fresh issue of up to ₹15 billion (~$188.9 million) and an offer-for-sale of up to 5 million equity shares. According to the draft papers, proceeds from the fresh issue will be utilized to set up an integrated solar cell and module manufacturing facility with an annual production capacity of 2 GW.

The government of Uttar Pradesh issued the draft Solar Energy Policy 2022. The policy will be valid for five years. The policy proposes to achieve 16 GW of solar power projects by 2026-27, which would include 10 GW of utility-scale solar power projects, 4 GW of rooftop solar projects, and 2 GW of distributed solar projects. The Uttar Pradesh New and Renewable Energy Development Agency would act as the nodal agency for implementing the proposed policy. Uttar Pradesh had a cumulative installed capacity of 2.3 GW as of Q2 2022 and ranked ninth among states for large-scale installations, according to Mercom India Solar Project Tracker.

India installed over 389 MW of rooftop solar capacity in Q2 2022, a decline of 15% compared to 456 MW installed in the previous quarter. Installations fell by 25% from the 521 MW installed in the same period last year. The first half of 2022 saw 845 MW of rooftop solar capacity added, a 2% decrease compared to the same period last year. Around 63% of rooftop solar installations were carried out under the capital expenditures model in Q2 2022. The operating expenditures/renewable energy services companies model accounted for 37% of the projects.

The average cost of large-scale solar projects in Q2 2022 was ₹45.4 million (~$568,536)/MW, according to Mercom’s recently released Q2 2022 India Solar Market Update. The average cost increased by 18% compared to the same period. The cost rose 4.4% from the previous quarter. India installed over 3.5 GW of large-scale solar capacity in Q2 CY 2022, an increase of 23% compared to 2.9 GW installed in the previous quarter. On a YoY basis, installations rose by 82% from 1.9 GW. Large-scale solar accounted for 90% of the installations during the quarter.