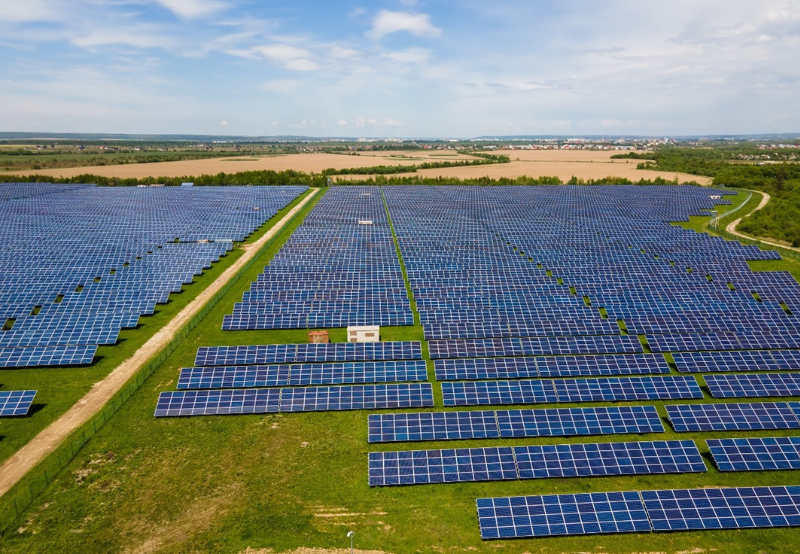 The government of Uttar Pradesh has issued the draft Solar Energy Policy 2022. The policy will be valid for five years or until the government notifies a new policy, whichever is earlier.

The Uttar Pradesh New and Renewable Energy Development Agency (UPNEDA) would act as the nodal agency for implementing the proposed policy.

Uttar Pradesh had a cumulative installed capacity of 2.3 GW as of Q2 2022 and ranked ninth among states for large-scale installations according to Mercom India Solar Project Tracker.

Land banks unsuitable for agriculture will be created by UPNEDA across the state, specifically in the Bundelkhand region. The land will be provided to the state government and the central government public sector undertakings (PSUs) on lease for 30 years. Land leasing will be done for these PSUs at ₹1 (~$0.013)/acre per year for 30 years. The land will be non-transferable.

The draft policy states that the state government will facilitate the installation of rooftop solar systems across the state. It will encourage net metering in residential, government, and government-owned public sector institutions and all educational institutions.

The policy also proposes to establish ‘solar cities’ across the state with emphasis on rooftop solar and other allied off-grid solar installations. Micro, Small, and Medium Enterprises (MSMEs) will be promoted for the installation of rooftop solar systems.

The policy proposes that benefits such as banking facilities and payment of surplus energy by distribution companies (DISCOMs) under net metering will apply to government offices, schools, colleges, hospitals, and other government buildings. Installation of rooftop solar systems through a third-party renewable energy service company (RESCO) model will be encouraged.

To promote the large-scale installation of grid-connected rooftop systems under the net-metering arrangement in the private residential sector, the state government will provide a subsidy of between ₹15,000 (~$189)/kW and ₹30,000 (~$378) per consumer. The subsidy will be in addition to the central financial assistance (CFA) provided by the Ministry of New and Renewable Energy (MNRE).

Rooftop solar systems of capacity up to 2 MW will be allowed to be installed as per UPERC rooftop regulations as amended from time to time.

The state has proposed incentivizing off-grid solar applications, including hybrid systems, to meet various electrical and thermal energy requirements for domestic and commercial use. The state will promote setting off-grid solar systems in anganwadis (government-funded rural childcare centers) and schools.

The state will also promote the setting up of solar cold storage to increase the shelf life of agricultural produce and enhance the farmer’s income.

Uttar Pradesh will promote the setting up of solar power projects for the sale of power to DISCOMs on the tariff discovered through a competitive bidding process.

Utility-scale projects of capacity 5 MW and above

For grid connectivity of standalone solar power projects of capacity 5 MW and above proposed to be set up in Bundelkhand and Purvanchal region, the government will bear the cost of  construction of the maximum transmission line length as follows:

The cost of the length will be reimbursed to the project developer after the commissioning of the project by UPNEDA.

The state will provide a 100% stamp duty exemption on the land used for setting up solar power projects and solar parks.

For utility-scale solar projects of more than 5 MW, the state government will provide capital Interest subsidy up to 5% per annum for five years as reimbursement on loans secured to procure plant and machinery with an annual ceiling of ₹5 million (~$63,012).

For open access projects above 1 MW, the state has proposed an exemption of 50% on wheeling and transmission charges for the intrastate sale of power to a third party or captive use. As Uttar Pradesh is a power importing state, cross-subsidy surcharge and wheeling charges will be exempted for intrastate transmission systems on interstate sale of solar power.

The state will promote the setting up of floating solar power projects to sell power to DISCOMs through competitive bidding, captive use, or third-party sale.

The development of private solar parks will be promoted in the state.

The minimum rated energy capacity of an energy storage system should equal a four-hour storage capacity of the project’s installed capacity in MW. The state will facilitate research and development of storage technologies, including the generation of green hydrogen for hydrogen fuel cells.

The state will provide government land for the development of solar power projects on lease for 30 years at the rate of ₹15,000 (~$189)/acre per year.

Banking of energy in every financial year will be permitted, subject to verification by the officials of the DISCOMs as per banking provisions of UPERC and amended from time to time. The banking facility will be available to projects for the entire useful life of the project or 25 years, whichever is less.

Solar energy equipment manufacturing facilities will be encouraged, for which exemption in electricity duty for ten years will be available.

In May this year, the Uttar Pradesh Budget proposed the development of a Green Energy Corridor in Bundelkhand to evacuate 4 GW of solar power.