With Over 3 GW Installed, Indian Solar Installations Surpass the US in Q1 2018

China was the top installer, followed by India and the U.S. 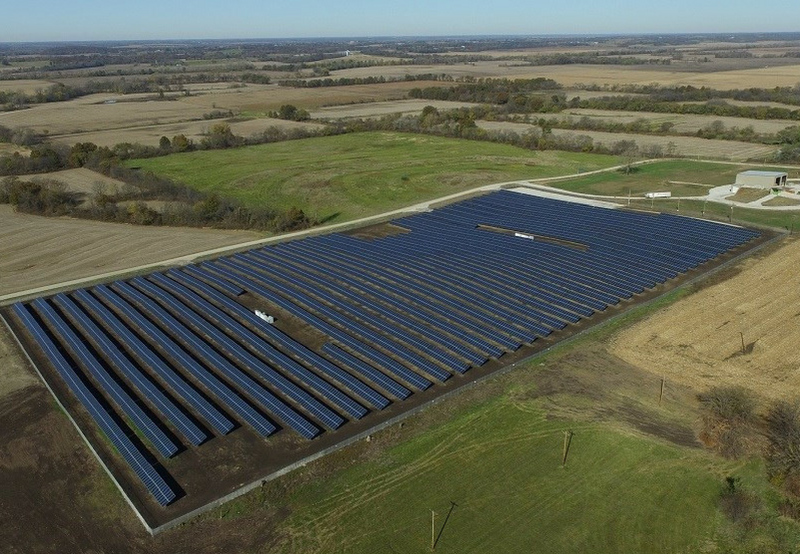 The Indian solar market had its best quarter in which it surpassed the United States during the first quarter (Q1) of calendar year (CY) 2018. According to the recently released report by Mercom India Research, Q1 2018 India Solar Market Update, this is the first time India has ever installed over 3 GW in one quarter.

The top three solar markets in the world – China, India, and United States together installed a combined 15.4 GW of solar PV capacity in the first three months of 2018 (January to March). 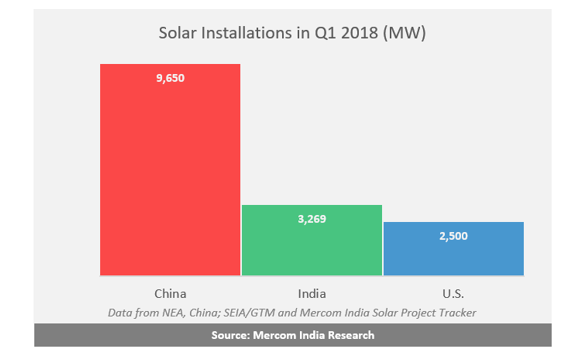 According to data published by NEA, China installed 9.7 GW in Q1 CY 2018, followed by India with 3.3 GW. According to a recent report released by GTM Research and Solar Energy Industries Association (SEIA),  the United States installed 2.5 GW in Q1 2018.

However, this trend is unlikely to continue as the project development pipeline in India is relatively weak in 2018. The record first quarter was partly a result of commissioning of projects that were originally slated for Q4 2017 but could not be completed due to grid connection issues.

Mercom India Research is forecasting solar installations of approximately 8-9 GW in CY 2018 compared to 9.6 GW installed in 2017. The lower forecast is a result of a smaller pipeline of projects caused by uncertainty surrounding the safeguard duty and a slowdown in procurement by DISCOMs as higher module prices drove up auction bids.

While it is not fair to compare the U.S. solar market to India for only one quarter since market forces in the two countries are quite different, it is important to recognize how quickly the Indian market has grown over the last five quarters.

However, there are some similarities. The policy changes in China are going to dictate growth in both India and the United States, mostly on the positive side assuming significant module price declines going forward (unless China reverses course). The expected module price decreases could nullify the 30 percent import tariff imposed by the Trump administration. India, meanwhile, is looking to impose a safeguard duty on Chinese modules, which could also be absorbed with the expected Chinese module price declines in the coming quarters.