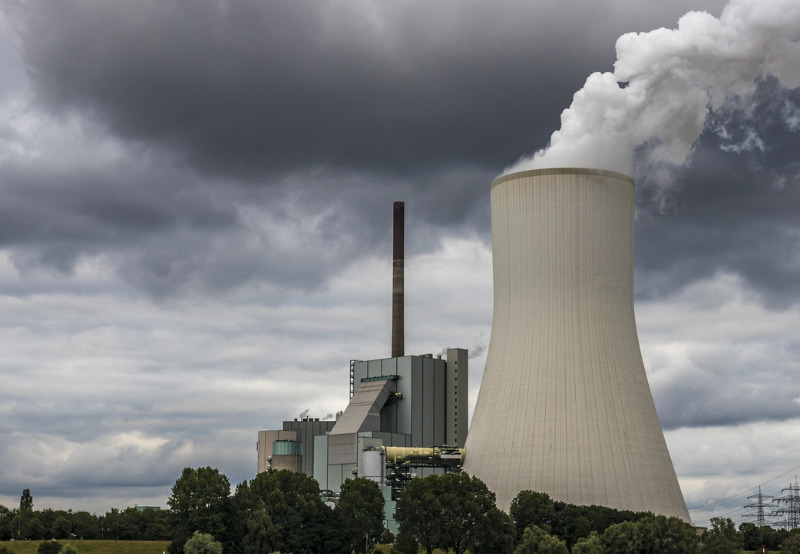 The International Energy Agency (IEA) has released its latest report on ‘World Energy Investment 2021’. According to the report, the annual global energy investment is set to rise to $1.9 trillion in the current year, rebounding nearly 10% from 2020 and bringing the total volume of investments back towards pre-pandemic levels.

The report also noted that investment prospects have improved greatly along with economic growth, although country-to-country variation remains. Global energy demand is set to increase by 4.6% in 2021, more than offsetting the 4% contraction in 2020, it said. 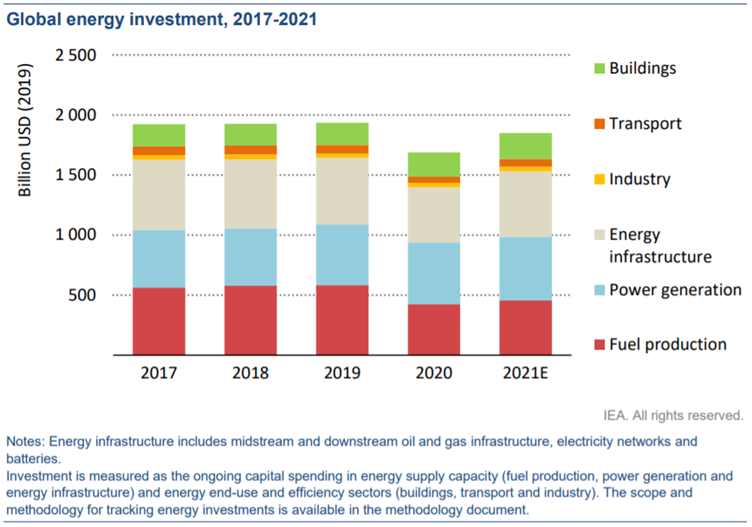 The study noted that the rise in investments in 2021 is due to a cyclical response to recovery and a structural shift in capital flows towards cleaner technologies. The energy investment composition will continue to shift towards the power sector for the sixth consecutive year instead of the conventional oil and gas supply.

According to the IEA, the global power sector investment would increase by 5% in 2021 and exceed $820 billion – a substantial peak after staying relatively flat in 2020. Meanwhile, renewables dominate investment in new power generation capacity and are expected to account for 70% of the total share this year. 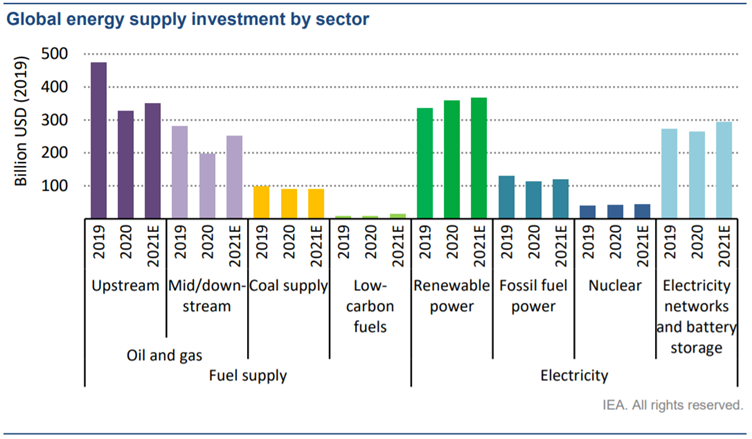 The report highlighted that renewable investment has flourished in markets with well-established supply chains where lower costs are accompanied by regulatory frameworks that provide cash flow visibility – and where lenders and financiers that understand these sectors well are seeking sustainable projects to support. Demand from the corporate sector for clean electricity to meet sustainability targets has also played a role in this direction.

“The rebound in energy investment is a welcome sign, and I’m encouraged to see more of it flowing towards renewables. But much greater resources have to be mobilized and directed to clean energy technologies to put the world on track to reach net-zero emissions by 2050. Based on our new Net Zero Roadmap, clean energy investment will need to triple by 2030,” said Fatih Birol, the IEA’s Executive Director.

Although it is anticipated that $750 billion would be spent on clean energy technologies and efficiency in 2021, it remains far below the required amount to put the energy system on a sustainable path, the report stressed. Clean energy investment would need to triple in the 2020s to put the world on track to reach net-zero emissions by 2050, and hope for 1.5 °C stabilization of the rise in global temperatures.

Coal power
Although renewables dominate new power investment, coal is not out of the picture, the study pointed out; however, approvals for coal-fired plants have fallen below 80%, where they were five years ago. According to the IEA, the predominance of state-owned companies is visible in coal supply, and the investment dynamics are largely determined by what happens in China and India. In India, the main driver behind the domestic investment is to reduce coal imports.

A study published by climate policy firm Energy Innovation in May this year had noted that a drop in renewable energy costs has rendered 80% of the coal-fired power plants in the United States uneconomical.

The IEA report further mentioned that investment in fossil-based generation decreased considerably in 2020, by more than 10%, given lower demand and electricity prices, although there were notable differences between countries and regions. Around a third of the 2020 drop came from India, driven by lower spending in coal-fired plants, disruptions caused by lockdowns, and lower electricity demand.

According to a recent IEA report, solar energy will witness exponential growth and match coal’s share in the Indian power generation mix by 2040 or earlier. The share of coal is expected to decline from 44% in 2019 to 34% in 2040.

Meanwhile, India’s key objective is to reduce imports – with state-owned companies, mainly Coal India (CIL) and Singareni Collieries Company (SCCL), investing in ramping up production. On the other hand, developers of captive blocks are investing in reducing dependency on CIL and, or imports. The Indian government is also seeking to encourage commercial mining via a series of auctions. In 2020, the response to the first round was lukewarm, limited to Indian companies, and the government has launched a second tranche in 2021.

According to the IEA, investment in the global electricity sector is expected to increase by around 5% in 2021. The pandemic flattened investment in this sector in 2020. Market uncertainty, lockdowns, and reduced revenues fed into lower spending outlay on new projects, especially in India.

However, the share of renewables in total power sector spending (including network infrastructure) was above 45% in 2020 across the world. A further increase in renewable investment is expected in 2021 as economies recover. The study also noted that capital expenditures for renewables increased by around 7% in 2020 compared with 2019, despite capital costs continuing on a downward trend.

IEA claims that solar PV systems are set to lead the growth in renewables spending in 2021, thanks to its competitiveness and the existing pipeline of projects committed in tenders, auctions, and corporate power purchase agreements. Investments in solar PV are anticipated to grow by more than 10% in China, India, the U.S., and Europe.

However, wind-generated power has taken a backseat, especially in India, where auctions came to a standstill in the first half of 2020, and 60% of the capacity auctioned in the second half has not been allocated yet.

The study predicted that after declining for the fourth consecutive year in 2020, spending on electricity grids is expected to go up substantially in 2021.

It further added that despite the pandemic, investment in battery storage increased by almost 40% in 2020, to $5.5 billion. Given the strong momentum of the sector and the big pipeline of projects, this trend is set to continue over 2021. Spending on grid-scale batteries rose by more than 60%, driven by the push for renewables investment and a growing presence of hybrid auctions with storage. Average costs continued to reduce substantially, by an average of 20%.

The study stressed that stakeholders globally need to invest a lot more into the field to avoid severe impacts from climate change. The slight increase in final investment decisions of new coal-fired plants in 2020 shows that not all indicators are pointing in the right direction, emphasized the report.

The United States installed 910 MWh of new energy storage systems in the first quarter (Q1) of 2021 – an increase of 252% over Q1 2020, making it the biggest Q1 jump so far for the storage market in the country.