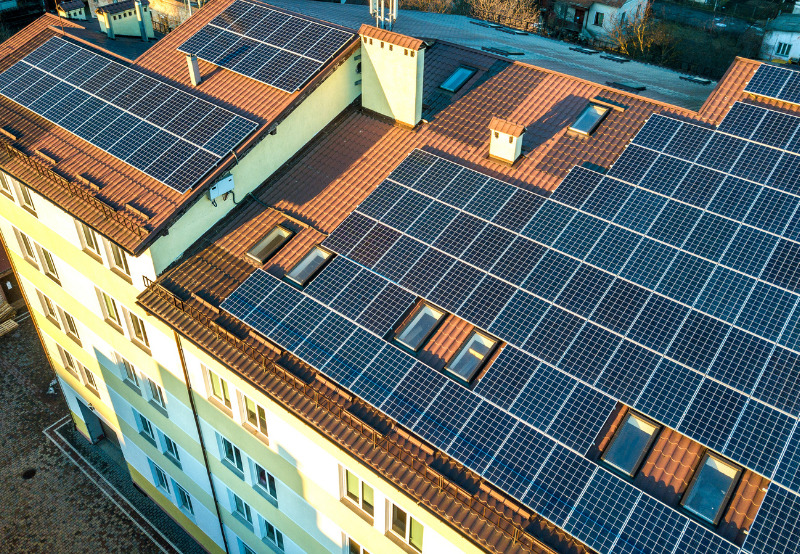 Though the ceiling capacity for net metering has been slashed to half compared to the earlier 1 MW, the industry is relieved that a period of uncertainty in the segment is over for now.

Mercom has been keeping a pulse on the industry’s fears and gathering feedback on the developments.

Here are the latest opinions from the industry on the net metering facility rolled back to systems up to 500 kW.

While the government has a bold target for rooftop solar installations in the country, the regulations, on the contrary, are restrictive and contradict the installation goals.

According to Gagan Vermani, Chief Executive Officer and Founder of MYSUN, the proposed amendment to cap the eligible net metering capacity to 500 kW is a regressive step. It restricts a prosumer’s ability to reduce its energy costs.

He further added, “We have to understand that the policy has been sugar-coated to give a feeling that it’s protecting the rights of consumers. While in reality, the authorities are curtailing the ability of businesses to choose the cheapest source of power available to them. In most states, the current net-metering guidelines allow between 1 MW and 2 MW rooftop solar.”

Vermani believes that this step would negatively impact commercial and industrial (C&I) clients.

The distribution companies do not openly oppose rooftop solar adoption but are taking away the viability factor from projects, so they are not developed.

He said, “The on-site solar is the cheapest source of power as both the consumption and generation are at the same point, thereby eliminating distribution losses or costs. With the limit of 500 kW for net-metering, these clients would either defer or cancel their plans to go solar or look for the much more expensive way of buying solar power through open access.”

Consume what you produce

In the absence of net metering for systems above 500 kW, the customers are suggested to install systems of optimum or smaller capacity where the solar power generated can be fully consumed. This way, the consumers do not have to resort to lesser tariffs offered under gross metering.

Shriprakash Rai, Senior Director, and Head, C&I Business at Amp Energy India, said that the rooftop solar business has always been very sensitive to prevailing regulations. “States with favorable regulations have seen rapid growth of rooftop solar capacity compared to other states. Net metering would encourage consumers to adopt rooftop solar under capital expenditure (CAPEX), and operational expenditure (OPEX) models as any excess solar generation will flow into the grid and adjust in the monthly bills,” he said.

The feed-in tariff for the gross metering systems is generally around ₹3 (~$0.04)/kWh. Mercom has earlier illustrated that a consumer with a 5 kW rooftop solar system generating an average of 600 kWh every month incurs a cost of approximately ₹9,975 (~$134) per quarter in the case of gross metering. However, if the consumer is granted net metering, his cost reduces to about ₹2,950 (~$39). Here, units consumed in a quarter are assumed as 2,550 kWh.

Rai also suggested ‘behind the meter’ systems, wherein complete solar power generated within the premises is consumed without any flow out to the grid, eliminating the need for any settlement with the DISCOM.

Energy costs account for around 30%-40% of operational expenses for C&I entities. With the cost of solar reducing over the years, it makes sense for businesses to install rooftop solar to save costs and keep their businesses afloat, especially during these challenging pandemic times. If the government takes away the financial benefit of net metering, larger adoption will be stalled.

According to NP Ramesh, Chief Operating Officer of Orb Energy, there should not be any cap on net metering as it makes consumers unsure about adopting rooftop solar.

“Net metering provides financial flexibility to consumers who wonder what would happen if they don’t use the power generated. Net metering gives them the comfort to offset the additional power generated. Most industries use rooftop installations for their daytime consumption, and their biggest fear is wasting the energy generated.”

He further elaborated, “Small-to-medium enterprises can work around 500 kW capacity. Companies that fall between medium and large-cap need at least 1 MW installations as power is their biggest cost contributor after raw materials. And most importantly, net metering these installations will keep generating income for the industry even if the factory isn’t operational on holidays or, as we see currently, with lockdowns.

Vermani said, “The business will get impacted in the short term, especially where business models are built around relatively larger on-site projects. More off-site business models for the larger C&I clients will emerge again, and the policy shall play a crucial role. Overall, it’s a delicate phase for the business.”

The open access solar segment is also having its share of policy hurdles in states. According to Mercom India Research’s newly updated report, Open Access Solar Market in India – Key States, the attractive policy in a state is not necessarily translating into growth in open access installations with state agencies allegedly creating obstacles in granting approvals.

The Regional Manager of Dexler Energy, Mohammad Ikram, told Mercom, “There are two major players in the market, engineering, procurement, and construction (EPC) contractors and project developers. Developers can always shift to ground-mounted open access projects if the rooftop isn’t viable. Still, many EPC players are dependent on the rooftop segment, and restricting the capacity will adversely affect them.”

According to Sachidanand Upadhyay, CEO at Lord’s Mark Industries, “The C&I rooftop segment will witness a mixed impact. A key factor to be taken into consideration here is distribution loss.”

Increase in installation numbers but of smaller capacities

Rooftop installers interviewed by Mercom were of the consensus that the inquiries from the C&I consumers have more than doubled even during the lockdown from the second wave of COVID in the country. During the first quarter and early second quarter, installations came to a standstill even with growing demand only because of the confusion in the net metering regulations. Now with the cap at 500 kW, most consumers are considering smaller capacity installations to ensure they get the net metering benefit.

Arshi Chadha from SunSon Energy told Mercom, “A lot of clients were in two minds about net metering earlier with the capacity capped at 10 kW. But with the draft policy out, we already see inquiries about rooftop installations. The inquiries have come from the C&I segment, and we are currently working on five C&I projects in the range of 50 kW to 300 kW. With these amendments, we expect a good boost this year as we are getting great responses online. Once the Covid-19 situation stabilizes, and the policy is implemented, we expect orders to pick up.”

Sustainability becomes a question when industries are depending on policy support, and rooftop solar is no exception. With the cost of solar sliding and much lower compared to retail power tariffs, rooftop solar installations with or without net metering will save costs for businesses.

Ramesh from Orb Energy believes that tax breaks and cheaper finance are the way to go forward. He said, “For any industry setting up rooftop solar is a huge capital investment, albeit they know its benefits. Net metering policy alone cannot guarantee greater adoption. What will help is tax breaks for industries that go for rooftop solar installations. The second most important factor is cheap finance. We may attain it by 2022 or at least add 5 GW of rooftop each year with easy finance and better tax breaks.”

Overall the industry has a mixed reaction to the proposal of capping net metering at 500 kW instead of the prevailing 1 MW. New technologies, business models, and low-cost debt are being pursued to bring down the cost of solar, making it viable without any policy support. What is keeping the spirits high for the industry high is that the pandemic has spurred the demand for rooftop solar, and consumer demand might bounce back after the lockdowns end.

“Dropping the net metering cap from 1 MW to 10 kW was a serious blow to the rooftop solar market at a time when it was on the rise, generating economic activity and creating jobs. Now, the most important thing the government can do is to ratify and approve net metering for loads up to 500 kW and remove any ambiguity in the market so that the sector can resume activity with complete certainty,” said Raj Prabhu, CEO of Mercom Capital Group.