The pandemic has accelerated the C&I consumers’ plan to go solar, but developers are confronting unprecedented challenges 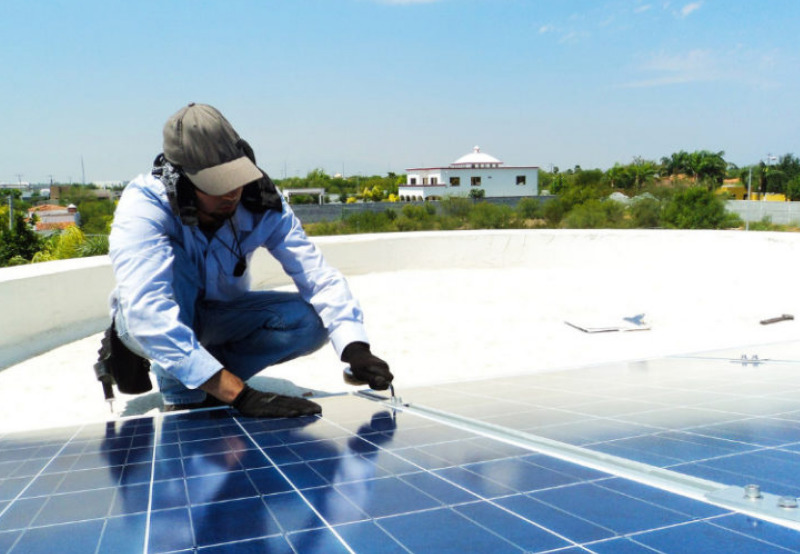 The energy costs for commercial and industrial (C&I) units in India account for around 30%-40% of the operational expenses.  Embracing solar seems like the most logical step towards saving the cost, and the pandemic has only accelerated that decision. However, C&I consumers are enduring challenges every step of the way when installing a solar system.

In many states, rooftop solar tariffs are about 50% lower than the retail tariffs making rooftop solar the cheapest source of power with the flexibility of design to suit the needs of the consumers.

Shedding more light on the C&I engagement in the segment, Shriprakash Rai, Senior Director, and Head, C&I Business at Amp Energy, said, “About 70% of the installed solar rooftop or distributed generation capacity in India is accounted for by C&I consumers. The C&I sector consumes around 49% of the electricity generated in India, but only 3.5% of the power procured by India’s C&I segment is from renewable energy sources.”

The cost benefits are the primary reason behind the adoption of rooftop solar by  C&I customers over the years.

“Rooftop solar appeals to C&I customers since it helps them make considerable savings on their electricity bills while meeting their sustainability targets,” added Rai.

Sharing his rooftop solar experience with Mercom, Achal Jain, owner of Naulakha Group, recalled that since SunSon Energy installed a rooftop solar system three years ago, he has seen his power bills dip by 50% at his soap and other essential products factories in Delhi and Alwar in Rajasthan.

Jain said that he had first installed rooftop solar at his residence. Once he realized the benefits of saving power and cost, he decided to install the systems at his factories. “I have 50 such installations of varying scale across my factories,” he informed.

Basava Textiles, in their search for alternate energy to mitigate surge in electricity charges, installed rooftop solar at their factory, generating 1.4-1.5 million units/per year. They expect to realize the returns on their investments within three years.

Power-intensive industries such as automobiles, railways, airports, heavy engineering and cement, pharmaceuticals, data centers, leather, and textiles with the electricity cost making up a significant portion of their operating costs are most likely to adopt rooftop solar.

The high premium placed on land also makes rooftop solar viable for several C&I customers who are faced with a land crunch or wish to do away with the hassle of scouting and acquiring land for a solar project to meet their power demands.

Speaking for C&I consumers that operate in rental or leased spaces, Anurag Johri, Principal Director and Utilities Lead for Accenture’s India operations, said, “Although we have several measures in place to meet our sustainability targets since Accenture doesn’t own any of the office spaces in India, it becomes difficult to set up rooftop solar installations. In such cases, the property owners should undertake the responsibilities to procure power through a cost-effective and space-sensitive green energy mode like rooftop solar systems.”

Why has a segment with such immense market potential and alluring price benefits still lagging in capturing the C&I market?

Part of the problem started when the Ministry of Power (MoP) announced in December last year that it would be mandating net metering for loads up to 10 kW and gross metering for loads exceeding 10 kW, it sent tremors in the industry which believed the move by the ministry would make rooftop investments unattractive.

After wide criticism by stakeholders, the ministry, in April 2021, decided to allow net metering for loads up to 500 kW. This was a good four months of policy uncertainty. This ended up being a huge snag for the industry, which was witnessing a massive demand. This crucial last quarter of the financial year is when the businesses make investments to save on taxes and costs.

Speaking to Mercom, an executive attached with a solar developer, said, “Demand spiked especially in the first few months since the lockdown eased. In the past six months, we have not installed any rooftop project above 1 MW as we were unsure how the policy would turn out. We made sure these existing projects had minimal energy banking conditions. The strategy was to make sure the plants consumed everything that the system generated.”

The Reserve Bank of India (RBI) has introduced several policy measures to enhance liquidity and to ease the financial stress caused by the COVID-19 pandemic. With the higher availability of funds, financing is no more an issue in the rooftop solar segment.

“Tata Capital and State Bank of India are actively financing rooftop solar at lower interest rates. Even for utility-scale projects, the interest rates are as low as 8.5%-9.5%. The Indian Renewable Energy Development Agency is lending at 10%-11%,” said a representative from a solar developer.

“The issue, however, is that the loans take a long time to be processed,” he complained.

“Access to low-cost funding or channelizing funding into the sector is the need of the hour. The Indian Renewable Energy Development Agency, for example, must have a separate line of funds dedicated to rooftop solar,” he added.

A prime challenge in the post-pandemic climate is market volatility. While there are huge business opportunities, developers are unable to close deals amid fluctuating project costs.

“Module prices are rising within weeks even before developers get approval on a module quote from the clients, making it difficult to give quotes or submit project reports for loans,” said a project developer.

While more C&I consumers recognize the benefits of rooftop solar, developers are not pushing for projects as raw material, module prices, and procurement has turned out to be challenging.

“Just two weeks back, we submitted a quote for installation. Even before we could finalize, we realized that commodity prices shot up, including iron, copper, and aluminum. Iron prices have gone up by 30%, which is unprecedented,” shared an executive on behalf of a developer.

“The situation is very uncertain, and we are neither able to give quotes or submit project reports for loans. The financial models are going for a toss. I am proposing an open book model now without quoting a price for modules. The business opportunity is huge, but we are unable to close deals,” he said.

Despite the multiple benefits of rooftop solar, many from the C&I segment voiced their concerns about the government approval challenges that are overshadowing other advantages.

While Jain, on his part, brought up the year-long struggle of getting approval for a 5 kW net metering system in Rajasthan, another C&I consumer blamed the distribution companies (DISCOMs) for not granting net metering approvals out of fear of losing out on income.

“I am not able to put in place uniform practices across my factories in Alwar and Delhi since the energy regulations are not similar,” said Jain.

“Behind the meter project should be allowed to be set up without permits or approvals, other than the statutory safety permits. As they do not inject energy into the grid, therefore no metering, net billing, or gross metering is needed,” suggested Rai.

The consensus among stakeholders is that net metering should be allowed for all customers without restrictions on the capacity limit to maximize capacity utilization, and regulations should be uniformly applied across the country.

Elaborating on the role of the DISCOMs, a C&I consumer said, “Public DISCOMs are using regulatory frameworks to hinder rooftop solar installations and resisting the transition.” He also added that if rooftop solar has to grow, gross metering needs to be entirely done away with.

The buzz around rooftop solar among C&I consumers has only become stronger after the prolonged Covid-19-related economic uncertainties in the country. The industry has to deal with the market fluctuations and surprises, but the government must ensure conducive and uniform policies and do away with the procedural and approval delays if they are serious about the targets set for the rooftop solar sector in the country.