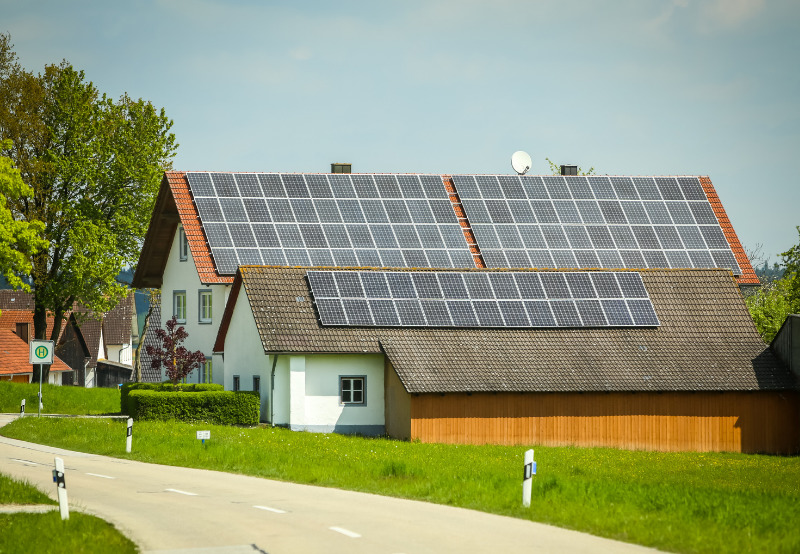 The new rules issued by the Ministry of Power mandating net metering for loads up to 10 kW and gross metering for above 10 kW has caused widespread anxiety among stakeholders who fear that it may decimate the Indian rooftop solar segment.

In an earlier story, Mercom had reported that a majority of rooftop installers believe that net metering is one of the unique selling points which draws people towards solar installations.

The new rules have not been received well by stakeholders.

The National Solar Energy Federation of India (NSEFI) has appealed to the Ministry of New and Renewable Energy (MNRE) to rescind the net metering clause, saying that MSMEs (Micro, Small and Medium Enterprises) in the segment will be adversely affected.

NSEFI contends that the new rules have created regulatory uncertainty concerning the applicability of net metering regulations for existing and ongoing projects in various states. It fears that the confusion could give rise to legal conflicts. The segment will incur losses at a time when they are facing liquidity deficits amid the COVID-induced crisis, it said.

The Karnataka Renewable Energy Systems Manufacturer Association (KRESMA) has also protested against the new rules saying that the rooftop solar business will collapse as commercial and industrial (C&I) consumers will be discouraged from opting for rooftop solar installations.

KRESMA claims that over 1,000 companies are dependent on the solar sector in Karnataka and added that the ruling threatens solar integrators, manufacturers, and service providers in the MSME sector leading to large scale unemployment.

Sunil Bansal, the founder of Diwakar Renewable & Infra, stated that the Power Ministry’s move would single-handedly destroy business in the C&I segment as well as module manufacturing, cables, structure, and inverters supplies.

He said, “Only ground-mounted projects will rule now. The residential category alone cannot bear the weight of the rooftop solar segment. We have already approached the ministry, and they told us bluntly that the decision has been arrived at following due process and cannot be reversed. Our company only takes up government tenders, and we will get obliterated.

Bansal, who is also the general secretary of the Rajasthan Solar Association, told Mercom that members are writing to government departments who had issued rooftop solar tenders, asking them to cancel tenders, as they cannot benefit from net metering. “If not canceled, the winning bidders and the government departments will spar with each other as the former’s security deposit and earnest money deposit will get stuck,” he said.

“The government should not forget that solar energy is necessary for cost-effective environmental conservation. If you don’t make rooftop solar viable for the common man, people will not switch to green energy. It is a battle for our survival, and we will keep knocking on the government’s doors till the decision is reversed,” he said.

“Our focus was on the C&I segment, but when it comes to government tenders, stakeholders are wary about the payback period. Four of my clients have backed out of projects in the capacity range of 150-300 kW,” she said.

She said that the C&I segment has no access to financing and invests its own capital, which adds more risk. The new rules could cut down the return on investment dramatically.

“India has minimal land at disposal for solar projects. However, we have no dearth of roofs for people to set up solar installations. Yet, we are still far from our solar targets.” she said.

Chadha hopes that some state governments, especially Delhi, will oppose the new net metering rules. “But I don’t expect the same from the Haryana government, though the state is quite conducive for rooftop solar. It is only net metering that makes solar energy feasible for the C&I segment.”

According to Ramesh KN,  head of marketing (solar and rooftop), Orb Energy, the market will shrink by over 50% thanks to the new rules,  and only heavyweights like iron & steel and paper factories can go in for rooftop solar systems under gross metering.

“In my opinion, the MSME companies providing rooftop solar services will be washed away. The ministry is only working to address the DISCOMs’ grievances. Surprisingly, the prime minister’s vision has not been factored in while making the policy. We aim for 40 GW of rooftop solar installations but hardly at around 4-5 GW installations,” he said.

According to Satya Kiran, managing director, Greentek India, while the new rules will not affect residential rooftop solar installations, the same cannot be said about the C&I customers.

“It seems the government is trying to edge out small players from the market, leaving it open for big players who can handle higher costs. Thanks to DCR (domestic content requirement) and shortage of raw materials, the solar sector is already under tremendous stress,” he said.

Aditya Goel, the founder of Ornate Solar, echoes Kiran’s views. He told Mercom that the new policy would dissuade small players from the market.

“I am sure a committee will be formed by the stakeholders who will represent the interests of all parties in the C&I sector and approach the government. Either we live with the new policy or wait for state governments to formulate their final solar policies, which haven’t been announced yet. There is a six-month window where most states will try and auction as much capacity as possible. Once the state governments float their policies and the state commissions declare their gross metering tariffs, the real problems will start.”

Mercom also spoke to an attorney to get a legal perspective on the issue. Advocate Aditya K Singh said that as per the Electricity Act 2003, the business of generating electricity is deregulated, which means no permission is required to set up a power plant. The regulation only plays a role in the sale of electricity to DISCOMs who buy it to benefit consumers and ensure that there are no inflated tariffs.

“That said, there should not be any interference or prohibition by the central government when it comes to the discretion to chose gross or net metering. The new ruling will harm rooftop solar players and affect MSMEs who depend on small-scale rooftop solar projects. Big residential projects, specifically in major  cities like Delhi and Mumbai, they too will be impacted by the new ruling.”

According to Singh, the solar industry should challenge the rules in the high court of the state where the project is located under Article 19 (freedom to practice any profession or to carry on any occupation, trade, or business) and Article 14 (right to equality) of the Constitution of India.

“MSMEs can challenge the rule under Article 14, claiming that their right to generate electricity is being restricted while giving leeway to big players who can afford to generate electricity through their captive solar projects. Now the government would say these are reasonable restrictions claiming that DISCOMs are losing business. If the DISCOMs are inefficient and losing business, does it mean that small rooftop solar players and other stakeholders should be sacrificed?”

Rooftop solar installations as of September 2020 is 4.7 GW according to Mercom’s Q3 2020 India Solar Market Update. India is far from achieving the target. The large-scale solar segment also suffers from inherent challenges, including lack of transmission infrastructure and DISCOMs’ unwillingness to offtake even at low rates discovered in auctions. The distributed generation could be an appropriate solution if the government refrained from unnecessary restrictions.

“Based on the policies that are coming out, the government looks to have given up on its goal of installing 40 GW of rooftop solar by 2020. Solar rooftop installers, consumers, and the environment have become secondary to the needs of DISCOMs,” commented Raj Prabhu, CEO of Mercom Capital Group.

Rooftop solar developers were looking up to the center to address the disparity in net metering rules among states and also remove the 1 MW cap on net metering. Now they feel betrayed with the center bringing out rules contrary to the targets announced by them.