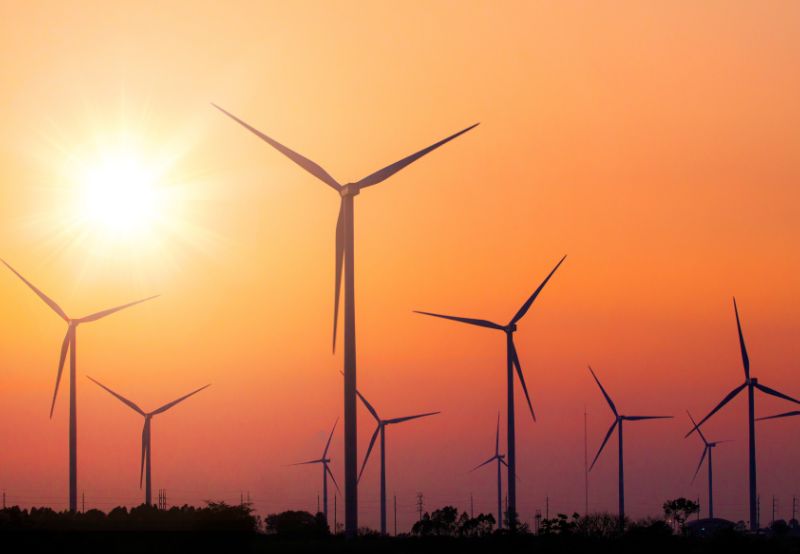 NTPC Renewable Energy, a wholly-owned subsidiary of NTPC, has invited bids for the balance of system (BoS) package of interstate transmission system (ISTS)-connected wind power projects of 1,000 MW capacity anywhere in Gujarat. The successful bidder will also have to take care of the comprehensive operation and maintenance of the system for three years.

Total wind capacity installations in India increased year-over-year (YoY) by 8%, with 229 MW added in the fourth quarter (Q4) of 2022 against 212 MW installed during Q4 2021. However, installations fell by 74% quarter-over-quarter (QoQ) from 878 MW in Q3 2022. The QoQ decline is largely attributable to the commissioning of unusually high capacity in Q3 when several pending projects from Q2 rolled over to the subsequent quarter. QoQ fluctuations, both up and down, are relatively common depending on project deadlines and delays. The country’s cumulative wind installations by the end of Q4 stood at 42 GW compared to 40 GW during the same period last year.

The Central Electricity Regulatory Commission (CERC) has directed distribution companies (DISCOMs) to compensate solar developers for incremental impact due to the imposition of safeguard duty and associated ‘carrying costs.’ It also directed two solar developers and the Solar Energy Corporation of India (SECI) to reconcile the extent of incremental impact by exhibiting a one-to-one correlation with the projects and the invoices raised in support of it. SECI will receive the due amount from DISCOM, which will then be transferred to the developers.

UAE government-owned renewable energy company Masdar has signed agreements with Angola, Uganda, and Zambia to develop renewable energy projects with a combined capacity of up to 5 GW to help African nations make the energy transition. Three agreements were signed with these countries at the Abu Dhabi Sustainability Week 2023 under the umbrella of the Etihad 7 initiative.

Al Ghazala Energy Company, the Saudi Arabia-based subsidiary of Jinko Power Technology, a global independent solar power producer, has achieved financial close and commenced construction of its 300 MW Saad Solar Project in the Kingdom. The project, situated near Saad in Saudi Arabia, is part of the third round of competitive tenders in Category B under the Kingdom’s National Renewable Energy Program. It is expected to be commissioned by the end of 2024.

Italy’s transmission system operator (TSO), Terna SpA, has approved six of Sweden-based Hexicon’s seven proposed floating wind power projects for connection to the national grid. Terna’s interconnection permit is a preliminary agreement that provides a commitment from the transmission system operator to make the necessary capacity available to be connected to the grid. The interconnection permit is an important step to avail the main authorization for building and operating an offshore wind farm.

The European Commission unveiled a major cleantech plan  – the ‘Green Deal Industrial Plan’ — to help make Europe a center for innovations and investments as it tries to tackle ‘protectionist’ programs by China and the United States and achieve its climate-neutral goal by 2050. The plan, seen as a response to the Inflation Reduction Act launched by the U.S., was unveiled by European Commission President Ursula von der Leyen at the World Economic Forum (WEF).

Researchers at Hebei University, China, have developed an organic solution that can compensate for performance losses caused during the cutting and separation process while assembling the shingle solar panels. The team’s study provides a new passivation technology that can recombine the loss on the edge surface and can easily be integrated into the current production line. They found that the technique could increase the fill factor of a 24.4%-efficient HJT device from 77.9% to 82.5%, with the efficiency itself growing by 1% to 2%.

Researchers at the École Polytechnique fédérale de Lausanne (EPFL)and Sungkyunkwan University in South Korea have identified the cause behind the degradation of perovskite solar cells and developed a technique to improve its stability. Perovskite solar cells (PSCs) utilize low-cost materials and are efficient. Further, they can surpass traditional silicon solar cells and potentially revolutionize clean energy. But PSCs’ response to external stimuli such as heat or moisture negatively impacts stability. The researchers said their new method brings us closer to the widespread adoption of these cost-effective and efficient solar cells.