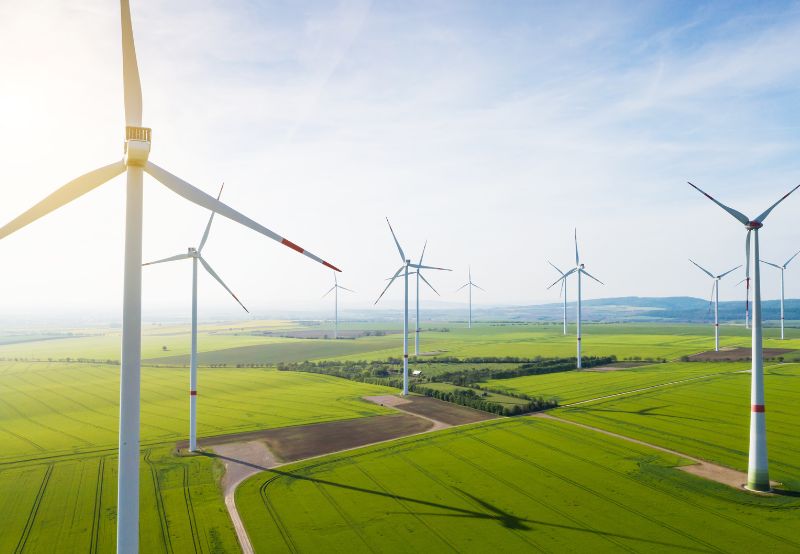 The QoQ decline is largely attributable to the commissioning of unusually high capacity in Q3 when several pending projects from Q2 rolled over to the subsequent quarter. QoQ fluctuations, both up and down, are relatively common depending on project deadlines and delays.

The country’s cumulative wind installations by the end of Q4 stood at 42 GW compared to 40 GW during the same period last year. 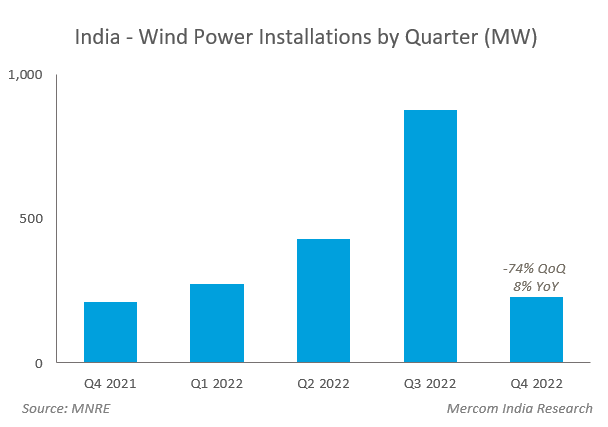 Wind installations in Tamil Nadu and Gujarat followed the growth trajectory from the previous quarter by adding 23.7% and 23.5% of the country’s new capacity additions. These states were ranked the top two adding 99.3 MW and 98.6 MW of capacity in Q4, respectively. 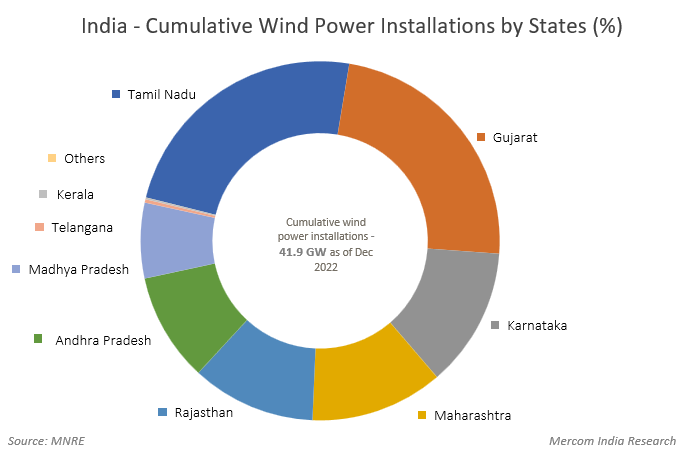 Madhya Pradesh accounted for almost 37% of total installations in the previous quarter. The State topped the list of states for highest capacity additions, but it ranked seventh during Q4 by adding 28.4 MW of new capacity.

The Ministry of New and Renewable Energy (MNRE) recently decided to scrap the e-reverse bidding mechanism introduced in 2017. Reverse bidding has been held as the main reason for dwindling installations by making projects unviable for developers who engage in aggressive bidding.

MNRE also said it has decided to issue 8 GW of wind capacity tenders annually beginning this year and will continue through 2030.

Last October, Power Minister R K Singh proposed the option of pooling under which 8 GW of bids would be announced every year. The government also identified seven wind-rich states where it said that wind installation bids would be pooled together to derive an average cost of power.