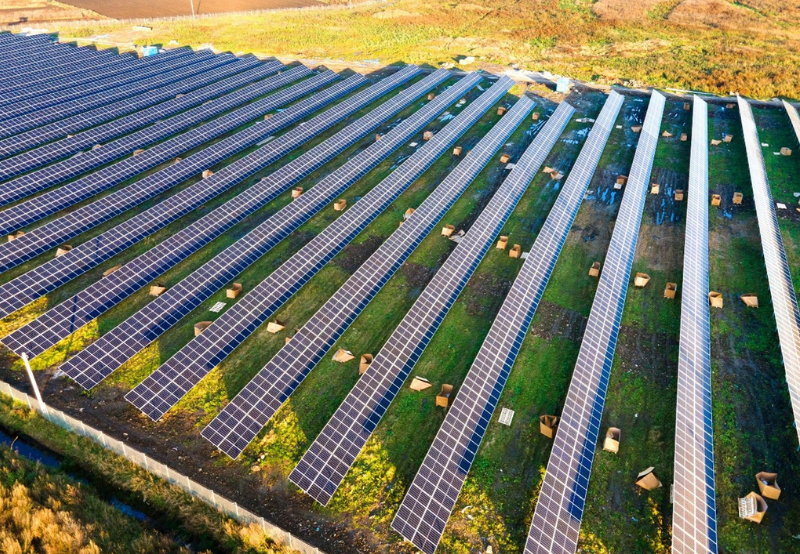 Various government agencies floated solar tenders totaling approximately 9.13 GW in the second quarter (Q2) of the calendar year (CY) 2022, an increase of 80% compared to the previous quarter, according to Mercom India Research.

Tender announcements were up by 8% year-over-year (YoY) compared to the same period last year.

Auctions were held for almost 4 GW of solar projects in Q2 2022, a 54% increase compared to Q1 2022. Auction activity increased by a massive 788% compared to the same period last year.

With the implementation of the Basic Customs Duty (BCD) and the Approved List of Models and Manufacturers (ALMM), stakeholders have gained clarity. 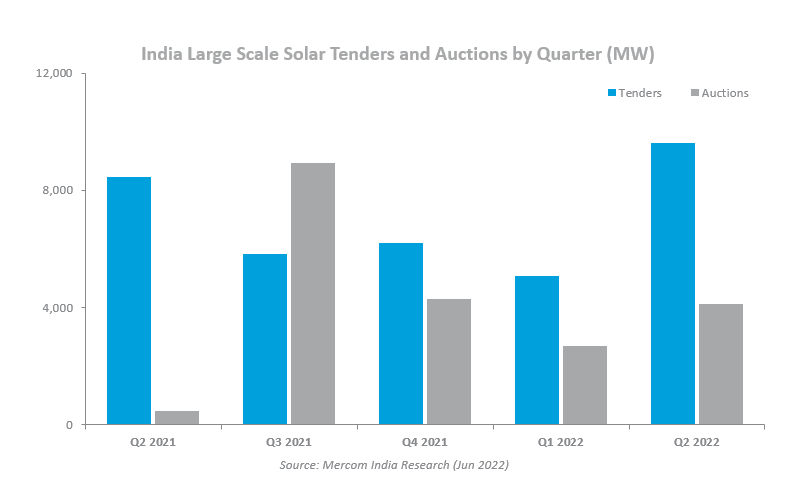 Punjab State Power Corporation made up for 21% of the tenders announced in Q2 2022 with a mix of development and power purchase projects. Madhya Pradesh Urja Vidyut Nigam accounted for 13% of tenders in the quarter, followed by NTPC with 11%. Hindustan Salts floated 10% of the total tenders while other government agencies accounted for the remaining 45%.

Hindustan Salts invited bids to develop 1 GW of solar projects at Kharaghoda in the Surendranagar district of Gujarat. The power generated from the projects will be sold in the market. The revenue generated will be shared with Hindustan Salts as fixed annual charges for utilizing the company’s 5,000 acres of land.

Gujarat Urja Vikas Nigam issued a request for selection from developers to purchase power from 500 MW of solar projects under Phase XIV with a greenshoe option of an additional capacity of up to 500 MW.

SJVN awarded the EPC contract for its 1 GW solar project in Bikaner, Rajasthan, to Tata Power Solar Systems. The project will be developed at an estimated cost of ₹54.91 billion (~$72.21 million), making it India’s biggest solar EPC contract.

Amp Energy, NHDC, and SJVN were declared winners in RUMSL’s auction for the 600 MW floating solar park at the Omkareshwar reservoir in Madhya Pradesh.

Aditya Birla, Hinduja Renewables Energy, and SJVN were winners in GUVNL’s auction to develop 500 MW of solar projects under Phase XIV with a greenshoe option of an additional capacity of up to 500 MW (Tranche-XIV).