Top Developments That Influenced the Rooftop Solar Segment in 2020

From new benchmark costs to metering rules, Mercom looks at some of the most significant developments in the rooftop solar segment during the year 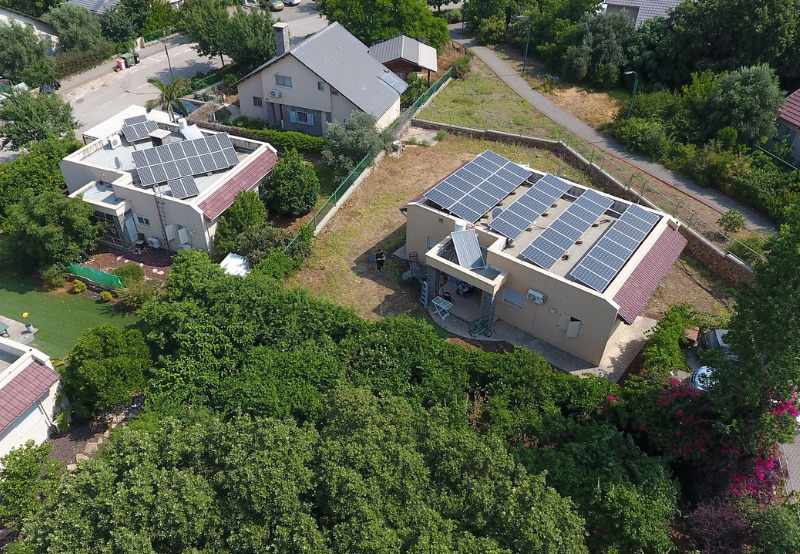 Rooftop solar is still one of the easiest ways for consumers to go solar. Compared to utility-scale solar, the rooftop solar segment was especially hard hit from COVID-19 this year, but the market has started to bounce back.

Regardless of all the COVID-related setbacks faced by rooftop solar, the market saw many important developments.  Here are some of the most significant events in rooftop solar in 2020:

In January, the Ministry of New and Renewable Energy (MNRE) clarified that for the second phase of its rooftop solar program, the distribution companies (DISCOMs) or its authorized agencies are to invite Expressions of Interest (EoI) for empaneling agencies to supply, install, test, and commission rooftop solar systems in residential premises. Only bidders within the lowest bid (L1) price bracket would be empaneled. They would have to provide services to consumers at the lowest agreed tariff rate.

The bid should not exceed L1 plus X% of L1 (value of X not exceeding 25). If the total number of empaneled agencies is less than five within the acceptable band, then the DISCOMs may also include those agencies who have quoted L1+(X+5)% of L1 if they agree to match the lowest tariff. Here, “X” has to be defined by the agency and clearly stated in the EoI.

To ensure quality and post-installation services, only manufacturers of solar panels and system integrators who fulfill pre-determined technical and financial criteria would be eligible to participate in the bidding process.

Installers in Punjab Unhappy with Rooftop Solar Subsidies in State

In March, Punjab had announced subsidies for grid-connected rooftop solar systems ranging between 1 and 10 kW in the residential sector, which brought prices down to as low as ₹22,200 (~$299.5)/kW.

However, rooftop developers expressed their displeasure at these rates, explaining that they would not cover the basic material costs required to set up a solar power system. The Renewable Energy Members Welfare Association wrote to the Punjab State Power Corporation Limited, expressing concerns about the pricing of rooftop solar systems.

In April, the Maharashtra Commission approved the DISCOM’s decision not to levy any grid support charges to rooftop solar installations until the state’s cumulative rooftop solar capacity reaches 2 GW. In January, the state DISCOM had proposed considerable grid support charges for net metered rooftop solar systems of over 10 kW capacity. The proposed charges ranged from ₹4.46 (~$0.06)/kWh to ₹8.76 (~$0.12)/kWh for domestic consumers and between ₹5.06 (~$0.07)/kWh and ₹8.76 (~$0.12)/kWh for commercial consumers. For industrial consumers, the charges were in the range of ₹3.60 (~$0.05)/kWh and ₹8.67 (~$0.11)/kWh. This had sent shockwaves in the industry, and after fervent opposition from the industry, the DISCOM decided to withdraw the proposal.

No Net Metering for Rooftop Solar Systems Over 10 kW

In December, the Ministry of Power (MoP) issued The Electricity (Rights of Consumers) Rules, 2020 laying down power consumers’ rights to minimum quality standards.

Earlier, the MoP had proposed net metering for rooftop solar projects up to 5 kW, and gross metering for projects above 5 kW as per its draft electricity rules 2020.

The developers including, Amplus Solar, Fourth Partner Energy, Renew Power, and Cleantech Solar, petitioned the Appellate Tribunal for Electricity (APTEL) against the Karnataka Electricity Regulatory Commission’s net metering order, issued in December 2019. They requested the Commission to bring all the stakeholders on board before coming to any conclusion. They opposed the state’s plan to do away with the net metering and shift to gross metering. The petition also contests the proposal that the consumer who opts for rooftop solar will have to choose an EPC provider determined by the DISCOM, as it would be against the free market principles.

Gujarat started the year with a major push for rooftop solar, providing a ₹9.12 billion (~$127.19 million) subsidy for solar rooftop projects. Then it ended the year by releasing the new solar policy, which also stressed incentivizing rooftop solar.

According to the policy, residential, commercial, and industrial consumers and third-party projects will be eligible to sell power to the state DISCOMs. They will have the freedom to set up solar projects for self-use. There will be no ceiling on the projects’ capacity, and the existing ceiling of 50% of the contracted load for setting up rooftop solar projects has been removed. According to the new policy, consumers can install solar systems on their roofs or premises and lease them to third parties. A group of consumers can set up solar projects for self-consumption as collective ownership projects and consume the generated electricity in the ratio of ownership.