Tariff of ₹2.64/kWh Approved for 100 MW of Solar Projects at Raghanesda Solar Park 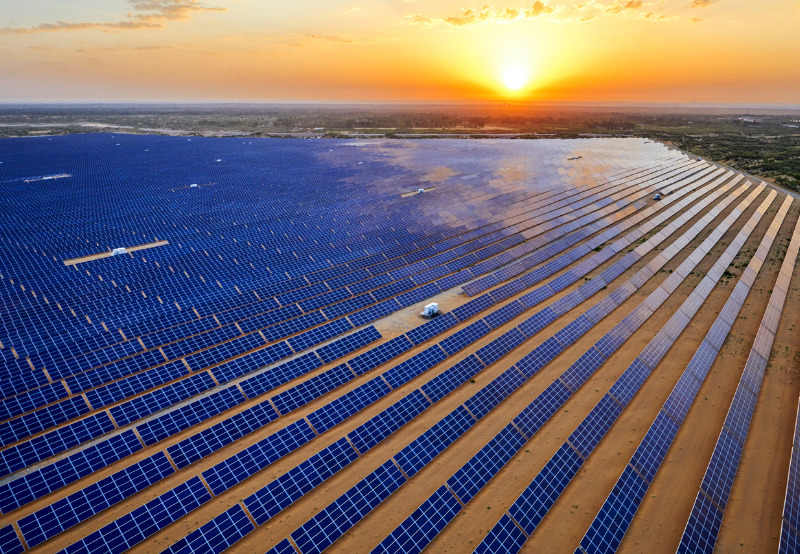 The Gujarat Electricity Regulatory Commission (GERC), in a recent order, approved the tariff of ₹2.64 (~$0.035)/kWh to procure power from a 100 MW solar project (PhaseX-R) being developed by SJVN Limited at the Raghanesda Solar Park in Gujarat.

The Commission directed the Gujarat Urja Vikas Nigam Limited (GUVNL) to sign the power purchase agreement (PPA) with the successful bidder. It also directed the petitioner to submit a copy of the PPA.

GUVNL filed a petition to adopt a tariff of ₹2.64 (~$0.035)/kWh discovered through a competitive bidding process.

Later, GUVNL reissued the tender, after which 500 MW capacity was allocated while 200 MW remained unallocated due to undersubscription.

GUVNL, for the fifth time, issued a tender to auction the remaining unallocated capacity of 100 MW.

The distribution company (DISCOM) added that the unique geographical conditions in the Raghanesda Solar Park and socio-economic parameters associated with its development needed to be considered.

The DISCOM added that it had received bids from three bidders for 100 MW, and two bidders had qualified for the e-reverse auction. In the reverse auction, SJVN was selected as the successful bidder.

The Commission observed that GUVNL had initiated the bidding process to purchase 100 MW power from the solar power projects and had set a ceiling price as ₹2.73 (~$0.037)/kWh, which was subsequently revised to ₹2.65 (~$0.035)/kWh.

The state regulator noted that the DISCOM had made consistent attempts to invite bids for the entire 700 MW capacity. However, despite its best efforts, it could auction only for 600 MW.

Considering all the factors, the Commission decided to adopt the tariff of ₹2.64 (~$0.035)/kWh and asked GUVNL to sign the PPA with the successful bidder.

In March this year, the Appellate Tribunal for Electricity asked GUVNL to maintain the status quo in the scrapped 700 MW solar auction (Dholera Solar Park) until further orders. It said that the DISCOM could not proceed with the request for selection, nor could it open the technical and financial bids.

Earlier, the Commission had adopted a tariff of ₹1.99 (~$0.0270)/kWh discovered in the competitive bidding conducted by GUVNL for procuring power from 500 MW of grid-connected solar power projects in Gujarat.