Coal decreased to 50.68% of the total installed capacity 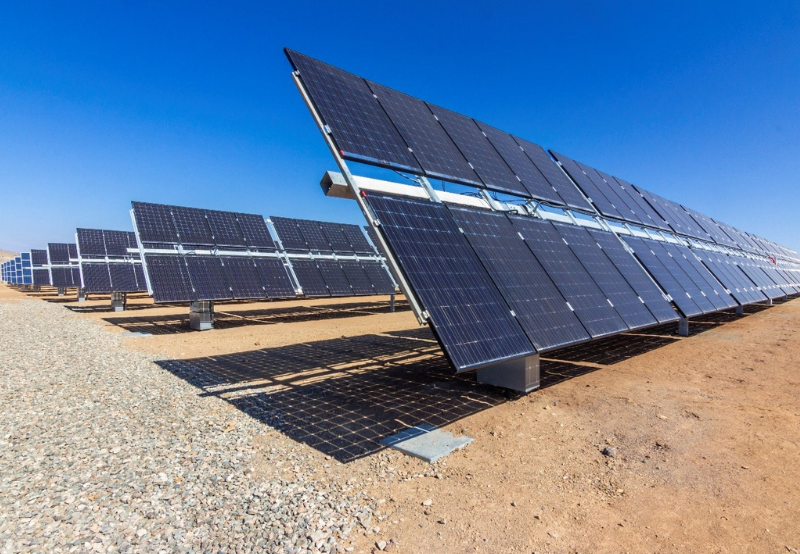 India’s installed renewable energy capacity, including large hydro projects, stood at 159.81 GW, accounting for a 39.69% share of the overall power capacity mix at the end of the second quarter (Q2) of the calendar year (CY) 2022, according to data from the Central Electricity Authority (CEA), Ministry of New and Renewable Energy (MNRE), and Mercom’s India Solar Project Tracker.

The share of renewable energy increased marginally from the previous quarter when the total installations stood at 155.26 GW, accounting for 39% of the overall power capacity mix. 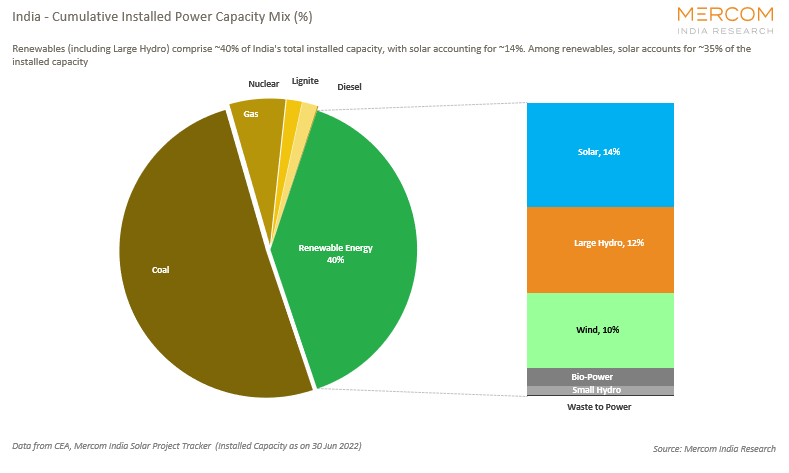 The total installed energy capacity from conventional power sources stood at approximately 242.85 GW at the end of June 2022, accounting for nearly 60% of the total installations. The figures were roughly the same in Q1 2022.

In May this year, the Ministry of Power set the trajectory for replacing thermal power with renewables by the financial year (FY) 2025-26 to achieve 500 GW of non-fossil fuel-based capacity by 2030. According to the notification, around 58,000 million units (MUs) of thermal power generated by the public, state, and private sector generating stations can be substituted by 30,000 MW of renewable energy by the FY 2025-26.