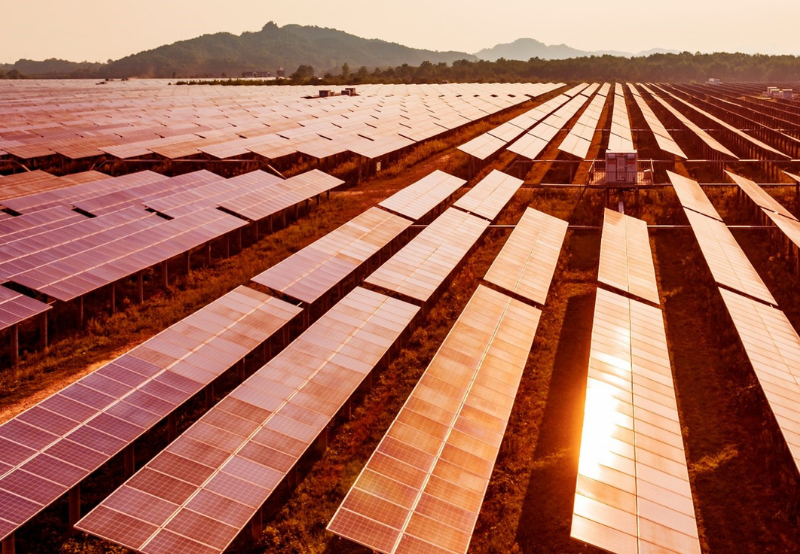 JSW Renewable Energy (Vijayanagar), a 100% subsidiary of JSW Energy, announced the commercial operations of its 225 MW solar power plant at Vijayanagar in Karnataka. The project is part of the earlier announced 958 MW solar and wind projects signed with JSW Steel under the Group Captive under the 25-year power purchase agreement. The company is also constructing 2.25 GW of greenfield renewable energy capacity to reach 10 GW capacity by FY25, and 20 GW capacity by FY30, entirely driven by renewables.

Shakti Pumps, a manufacturer of energy-efficient pumps and motors, has been granted a patent for Innovating ‘A Unidirectional Solar Water Pump with Grid-tied Power Generation’ system. According to the provisions of the Patents Act, 1970, its validity is for 20 years from the date of filing of the patent. This solar-powered unidirectional water pump offers grid-tied power generation capabilities. The invention of the unidirectional solar pumps ensures efficient performance by utilizing solar panels to help feed extra power to the grid. Furthermore, this technology limits the pump’s discharge as per the water need and helps save both water & electricity.

In a written reply to Rajya Sabha, the Minister for Ministry of Development of North Eastern Region, Shri G. Kishan Reddy, highlighted that the renewable energy potential in North Eastern Region from various sources is estimated to be 128.96 GW. There is a total of 48.34 GW of renewable capacity already installed in the region. Arunachal Pradesh has the highest potential of 61 GW of renewable capacity with 8.6 GW of solar and 50.06 GW of large hydro potential. The state currently has a mere 11.23 MW of solar and 1.11 GW of large hydropower installed.

The Board of Directors of the European Investment Bank (EIB) approved €791 million (~$861.66 million) of new renewable energy, health, and water investment, alongside support for rural and urban development. Out of this, €310 million (~$337.69 million) of the new financing will be used to expand renewable energy generation in the Baltics and improve water distribution and water security for 2.5 million people in Belgium. The investment aims to help Europe meet the social, economic, and security challenges posed by the war in Ukraine.

Simple Energy, an EV start-up company, signed a memorandum of understanding (MoU) with C4V, a lithium-ion battery technology company, to set up a lithium-ion cell manufacturing ecosystem in India. The partnership aims to utilize cells with industry-leading safety, higher energy density than LFP, faster charging and a longer life cycle based on C4V’s patented technology.

Gautam Solar launched its new Gel Battery for domestic and international markets to help address the need for energy storage solutions for solar power plants, telecom & rural electrification. The company expects its Gel batteries to be a strong & better alternative in the Energy Storage space where lithium batteries and tubular lead-acid batteries are being used. Gel batteries contain gelled electrolytes, which minimizes the risk of evaporation, spillage, and use-related corrosion. The new Tubular Gel Battery comes with a leak-proof design featuring high-grade polymer. These batteries can endure extreme temperature fluctuations, making them ideal for the renewable sector.