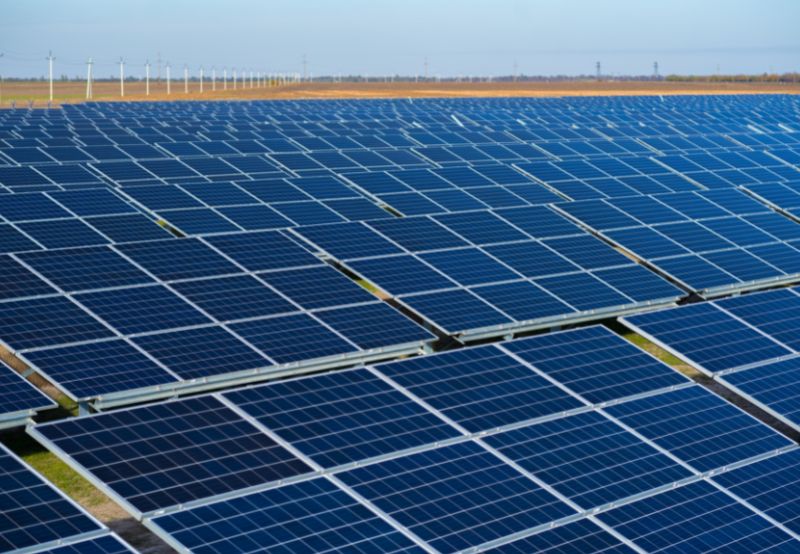 Solar tenders floated by various agencies in India declined 32% quarter-over-quarter (QoQ) to 9.7 GW in the fourth quarter (Q4) of 2022 from 14 GW, according to Mercom India Research.

Tender announcements were, however, up by 56% year-over-year (YoY).

The QoQ decline in the overall tendered capacity can be attributed to the low number of RTC tenders of 1.5 GW capacity issued in Q4 compared to the 3.25 GW issued in Q3 2022. 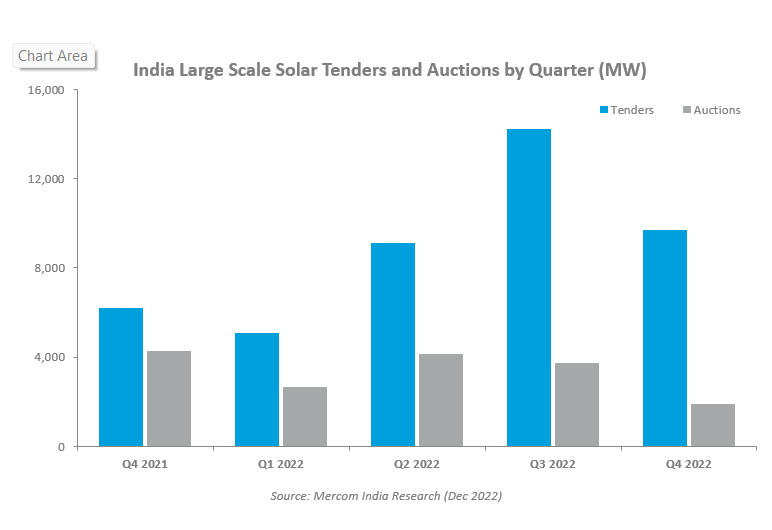 During the quarter, Solar Energy Corporation of India’s (SECI) 2.25 GW RTC tender issued in September was canceled due to a poor response contributing to the reduced auction numbers.

Maharashtra State Electricity Distribution Company (MSEDCL) continued to be the top agency accounting for 21% of the total tendered capacity during the quarter.

REC Power Development and Consultancy (RECPDCL), a wholly owned subsidiary of REC Limited, was the second leading agency accounting for 18%.

Adani Electricity Mumbai (AEML) tendered 15% of the capacity and SECI 12%. Rajasthan Rajya Vidyut Utpadan Nigam (RRVUNL) accounted for 8% of the total capacity tendered during the quarter.

AEML’s tender to procure 1,500 MW (750 MW with an additional 750 MW under the greenshoe option) of RTC power from grid-connected renewable energy projects complemented with firm power from any other source topped the list for maximum tendered capacity.

RECPDCL floated a tender to set up 1,250 MW of interstate transmission system (ISTS)-connected solar power projects (Tranche I) across India.

SECI’s tender for setting up 1,200 MW of ISTS-connected wind-solar hybrid power projects (Tranche-VI) with energy storage and assured peak power supply across India, also made it to the top list during the quarter.

RRVUNL issued a tender during the quarter to select solar project developers to set up 810 MW of state transmission utility-connected solar power projects on a build-own-operate basis in Bikaner.

GAIL’s tender for the design, supply, construction, erection, testing, and commissioning of 600 MW (6 x 100 MW) of solar power projects at the Khavda Solar Park in the Kutch region of Gujarat was another big tender during the quarter.

Pennar Industries, an engineering services company, emerged as the lowest bidder and won the engineering procurement and construction order from NTPC Renewable Energy for its  500 MW solar power project at Bhadla in Rajasthan.

SJVN bagged the Maharashtra State Power Generation Company’s auction to set up a 105 MW grid-connected floating solar project at Erai Dam Solar Park in the Chandrapur district of Maharashtra by quoting a tariff of ₹3.93 (~$0.048)/kWh.