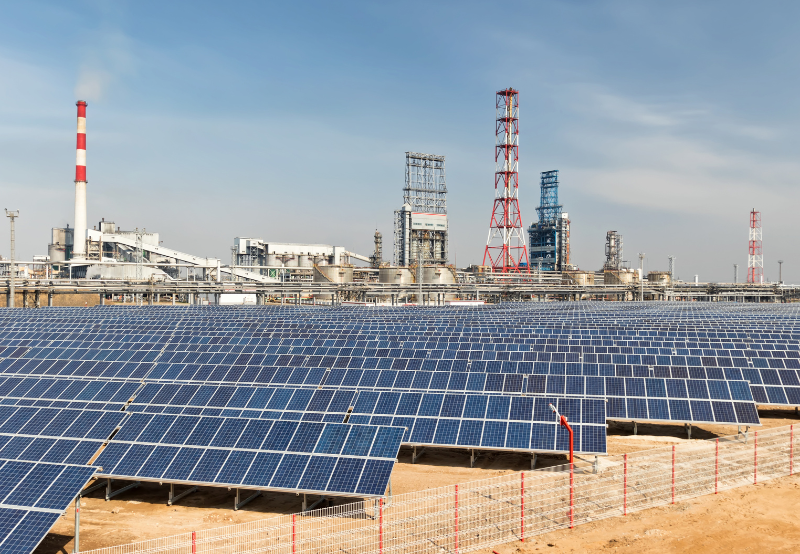 Solar Energy Corporation of India (SECI) has invited bids for the supply of 2.25 GW of round-the-clock (RTC) power from interstate transmission system (ISTS)-connected renewable power projects complemented with power from any other source or storage in India.

SECI’s tender is in line with the “Guidelines for Tariff Based Competitive Bidding Process for Procurement of Round-The Clock Power from Grid Connected Renewable Energy Power Projects, complemented with Power from any other source or storage” issued by the Ministry of Power.

The successful bidder will have to furnish ₹1.839 million (~$23,037)/MW as the performance bank guarantee.

SECI will enter into a power purchase agreement with successful bidders for 25 years based on the terms and conditions of the request for selection (RfS).

The projects can be located anywhere in India. For a single project, the renewable generation components and the energy storage system installed, if any, may either be co-located or located at different places. The different components of RTC power, i.e., solar, wind, and any other source or storage, can be connected to the ISTS network through different ISTS substations.

The developer will be responsible for obtaining the land and ISTS connectivity.

To ensure quality systems are installed, only the type-certified wind turbine models listed in the Revised List of Models and Manufactures issued by the Ministry of New and Renewable Energy (MNRE) will be allowed for deployment in these projects.

Solar modules included in the Approved List of Models and Manufacturers must be used for the project.

Non-renewable projects will include power plants that are already, partly or fully, commissioned before the issuance of this RfS. It also includes projects under construction at the time of issuance of RfS but with spare generation capacity that can be made available for long-term supply of RTC power.

The net worth of bidders should be equal to or greater than ₹18.39 million (~$230,370)/MW of the quoted capacity as of the last date of the previous financial year.

The minimum annual turnover of the bidders should be at least ₹22.4 million (~$280,603)/MW of the quoted capacity during the last financial year.

The internal resource generation capability in the form of profit before depreciation, interest, and taxes should be at least ₹4.48 million (~$56,120)/MW of the quoted capacity as of the last day of the previous financial year.

Bidders should have an approval letter from the lending institutions committing a line of credit for a minimum of ₹5.6 million (~$70,151)/MW of the quoted capacity toward meeting the working capital requirement of the project.

Last October, Hindustan Thermal Projects, Greenko Energies, ReNew Samir Urja (SPV of ReNew Power), Power Mech Projects, and JSW New Energy were declared winners in SECI’s auction for the supply of 2.5 GW of RTC power from grid-connected renewable energy projects, complemented with power from coal-based thermal projects. However, bidders were not willing to match the L1 price of ₹3.01/kWh quoted by Hindustan Thermal Projects, and SECI was most likely to issue a retender.

Earlier, SECI had announced the winner of its tender for 400 MW of renewable power on an RTC basis. ReNew Power had won the auction for the entire tendered capacity of 400 MW with a quoted tariff of ₹2.90 (~$0.038)/kWh.

According to Mercom’s India Solar Tender Tracker, SECI has issued tenders for 2.9 GW of RTC power projects to date.