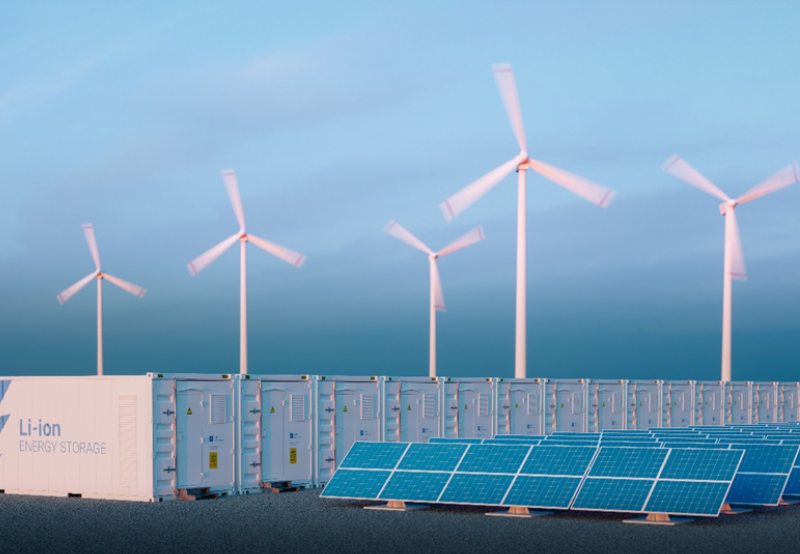 Interested bidders will have to furnish an earnest money deposit of ₹1.22 million (~$14,728)/MW/project. Selected developers must remit an amount of ₹1.83 million (~$22,092)/MW/project as a performance bank guarantee before signing the power purchase agreement (PPA).

The minimum capacity of each project should be 50 MW. The maximum capacity to be allocated to a bidder would be limited to 1,200 MW. A mandatory energy storage system of at least 100 MWh capacity for each 100 MW project capacity must be deployed as part of the project.

The projects must be commissioned within 24 months from the effective date of the PPA.

The hybrid projects must be designed for interconnection with the transmission network of the central transmission utility at a voltage level of 220 kV or above. Although the selection of project locations is under the scope of the developer, in order to align project installations with augmentation of the necessary transmission and evacuation infrastructure, the choice of the delivery point for the projects will be limited to the substations listed by SECI, belonging to the ISTS network. The total seven listed substations are located in Andhra Pradesh (2), Madhya Pradesh (2), Karnataka (1), Maharashtra (1), and Tamil Nadu (1).

The declared annual capacity utilization factor (CUF) should, in no case, be less than 50%. The developer should maintain the energy supply to achieve an annual supply corresponding to CUF not less than 90% of the declared value and not more than 120% of the declared CUF value during the PPA duration of 25 years.

In the case of excess energy generation, more than the limit corresponding to the maximum annual CUF, the developer will not be allowed to sell it to any entity other than SECI, unless refused by them. SECI will purchase the excess energy at 75% of the PPA tariff.

As part of the total energy supplied from the project, the developer must mandatorily supply energy corresponding to a maximum amount of 2,000 kWh per MW of the contracted capacity, on daily basis, during peak hours, as per the schedule provided by the buying entity.

The buying entity is not mandated to off-take the stored energy on a daily basis and may choose to schedule peak power supply as per its requirement.

Under the request for selection (RfS) provisions, SECI has proposed to promote only commercially established and operational technologies to minimize the technology risk and achieve timely commissioning of the projects.

The bidder’s net worth should be at least ₹12.26 million (~$148,005)/MW of the quoted capacity as of the last day of the previous financial year.

SECI’s innovative tenders play a significant role in mitigating the risk of power offtake by DISCOMs across the country. The agency is also focused on clearing the power sale agreements for the previously issued tenders.

In September this year, the agency invited bids for the supply of 2.25 GW of round-the-clock (RTC) power from ISTS-connected renewable power projects complemented with power from any other source or storage in India.

According to Mercom’s India Solar Tender Tracker, SECI has issued a total of  5.52 GW of wind-solar hybrid tenders under Tranche – I, II & III, IV, and V out of which the entire capacity has been auctioned.