After SECI, Andhra Govt Writes to NTPC for Revision of Tariff for 1.25 GW of Solar Projects

Like SECI, the NTPC has also been asked to reduce the tariff to ₹2.44/kWh 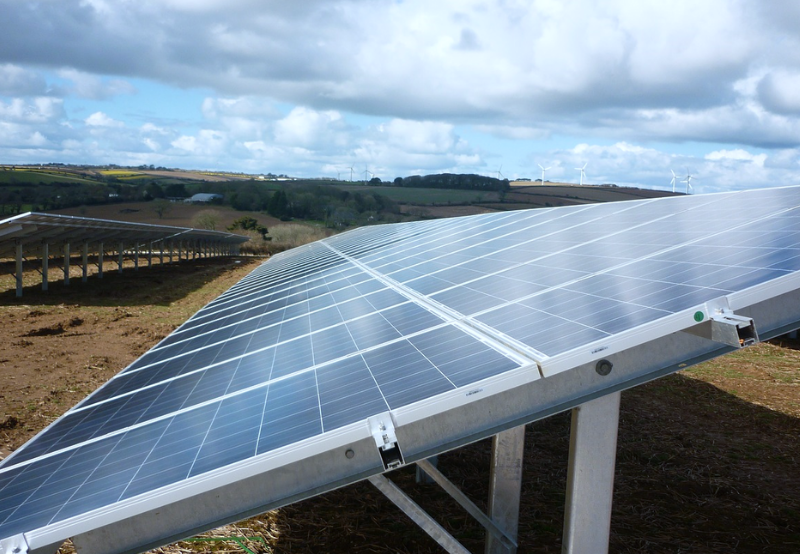 After writing to the Solar Energy Corporation of India (SECI) seeking a revision in the power sale agreements (PSAs) for 400 MW of grid-connected solar photovoltaic (PV) projects, the Andhra Pradesh government has now written to the National Thermal Power Corporation (NTPC).

A few days before the state’s letters to the NTPC and SECI, R.K. Singh wrote to Andhra Pradesh Chief Minister Jaganmohan Reddy pointing out that the reopening and canceling of a contract can only be done in cases where corruption has been proved based on evidence. Only when there is a clear proof of malpractice, can you resort to renegotiation or cancellation, Singh had advised Reddy.

Mercom reported that later, the state government then issued a communique stating that during 2014-2019, several PPAs were signed more than the mandated 5% Renewable Power Purchase Obligation (RPPO), for up to 23% and the tariffs for these projects were high. The current state government has argued that the purchase beyond RPPO led to a loss of ₹10 billion ($146 million) to ₹15 billion ($219 million), due to the ensuing backdown costs of thermal power.

According to the APSPDCL letter reviewed by Mercom, NTPC has been asked to revise the tariff of ₹5.96 (~$0.087)/kWh to ₹2.44 (~$0.036)/kWh for 250 MW of grid-connected solar PV projects set up at NP Kunta in Ananthapur, Andhra Pradesh. This capacity had been commissioned in August 2016, and the Andhra Pradesh Electricity Regulatory Commission (APERC) had approved the tariff of ₹5.96 (~$0.087)/kWh for the 25-year PPA period.

Moreover, the state has also sought the revision of tariff for the 1,000 MW solar park in Ghani, Kurnool,  from ₹4.61 (~$0.067)/kWh to ₹2.44 (~$0.036)/kWh. The NTPC entered the power sale agreement (PSA) with the distribution companies (DISCOMs) for this capacity in January 2016. Since then, it has been bundling the solar power with thermal and supplying to the DISCOM in Andhra Pradesh. The project had been completely commissioned by March 31, 2018.

In the letter, APSPDCL has argued that such a tariff can be corrected or revised if it is found that the real market price was not discovered, and it is detrimental to DISCOMs interest, public interest, and interest of the end consumers. If the tariffs are not revised, the DISCOMs will terminate the PPA, the letter has warned.

The tariff of ₹2.44 (~$0.036)/kWh has been suggested as it was discovered in 2017 in Rajasthan and not many years have passed since the execution of the PSA and PPA. APSPDCL has requested the NTPC to revise the bills issued since the signing of the PSA and PPA within ten days or send a representation to the High-Level Negotiation Committee.

When contacted, an NTPC official commented saying that this decision by the state government is baffling. “Then, the costs of various project components were high, hence higher rates were quoted by the developers. The final decision was taken by the concerned state electricity regulatory commission to approve the PSA and the PPA. The NTPC is not going to revise the bills as requested, we will send representation and then see what happens,” the official told Mercom.

The NTPC official also added, “This will set a bad precedent. Political vendetta should not spill into sectors that support the sustainable development of the country. Moreover, the DISCOMs in Andhra Pradesh have been defaulting on payments, it is understandable they would want to get away without paying, and the current regime in the state is helping them.”

Towards the beginning of July 2019, Chief Minister Jaganmohan Reddy held a review meeting with the state’s energy department to deliberate on the recent decision to revisit the PPAs of the solar and wind power projects that were allotted during the previous government led by Chandrababu Naidu.

This decision by the state government came despite the Ministry of New and Renewable Energy (MNRE) expressing its serious concerns over the state’s impending decision to revisit the power purchase agreements it had signed with solar and wind developers during the tenure of the previous government. However, the Jaganmohan Reddy-led Andhra government did not pay heed to the MNRE’s letter of caution, and the chief minister recently announced forming a High-Level Negotiation Committee to deliberate and bring down the costs in all the high-priced PPAs for wind and solar power projects signed during the term of the previous Chandrababu Naidu-led government.