Revise Tariff for 400 MW of Solar Projects or DISCOMs will Terminate PPA: Andhra Govt to SECI

APSPDCL has asked SECI for a tariff of ₹2.44/kWh for 400 MW of solar PV projects. SECI had entered the PSA with Andhra Pradesh DISCOMs at ₹4.50/kWh

The Andhra Pradesh Southern Power Distribution Company (APSPDCL) has written to the Solar Energy Corporation of India (SECI) asking to revisit the tariff for 400 MW of grid-connected solar PV projects.

This development took place after Minister for Power, Government of India, R. K. Singh wrote to Andhra Pradesh Chief Minister Jaganmohan Reddy pointing out that the reopening and canceling of a contract can only be done in cases where corruption has been proved based on evidence. Only when there is a clear proof of malpractice, can you resort to renegotiation or cancellation, Singh had advised Reddy.

According to the APSPDCL letter reviewed by Mercom, APSPDCL has asked SECI for a tariff of ₹2.44 (~$0.036)/kWh for 400 MW of solar PV projects that were set up under viability gap funding (VGF) program. The grid-connected solar PV projects were commissioned in October 2016, and SECI had entered the PSA with Andhra Pradesh distribution companies (DISCOMs) at a tariff of ₹4.50 (~$0.065)/kWh.

This tariff was approved by the Andhra Pradesh Electricity Regulatory Commission (APERC), and SECI has been supplying power to APSPDCL since October 2016.

In the letter, APSPDCL has argued that such a tariff can be corrected or revised if it is found that the real market price was not discovered, and it is detrimental to DISCOMs interest, public interest, and interest of the end consumers.

If the tariff is not revised, the DISCOMs will terminate the PPA, the letter cautions. APSPDCL has alleged that due to such a high tariff, the DISCOMs have suffered a financial setback and are unable to pay the monthly power bills. Mercom recently reported that in Andhra Pradesh, renewable energy project developers, especially solar developers, are facing payment delay of up to eight months.

The tariff of ₹2.44 (~$0.036)/kWh has been suggested as it was discovered in 2017 in Rajasthan and not many years have lapsed since the execution of that PSA. APSPDCL has requested the SECI to revise the bills issued since the signing of the PSA within ten days or send a representation to the High-Level Negotiation Committee.

This is one of the important developments since the new government decided to revisit the existing PPAs for renewable energy projects in Andhra Pradesh. Towards the beginning of July 2019, Reddy held a review meeting with the state’s energy department to deliberate on the recent decision to revisit the PPAs of the solar and wind power projects that were allotted during the previous government led by Chandrababu Naidu.

This decision by the state government came despite the Ministry of New and Renewable Energy (MNRE) expressing its serious concerns over the state’s impending decision to revisit the power purchase agreements it had signed with solar and wind developers during the tenure of the previous government. However, the Jaganmohan Reddy-led Andhra government did not pay heed to the MNRE’s letter of caution, and the chief minister recently announced forming a High-Level Negotiation Committee to deliberate and bring down the costs in all the high-priced PPAs for wind and solar power projects signed during the term of the previous Chandrababu Naidu-led government. 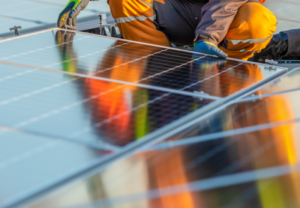