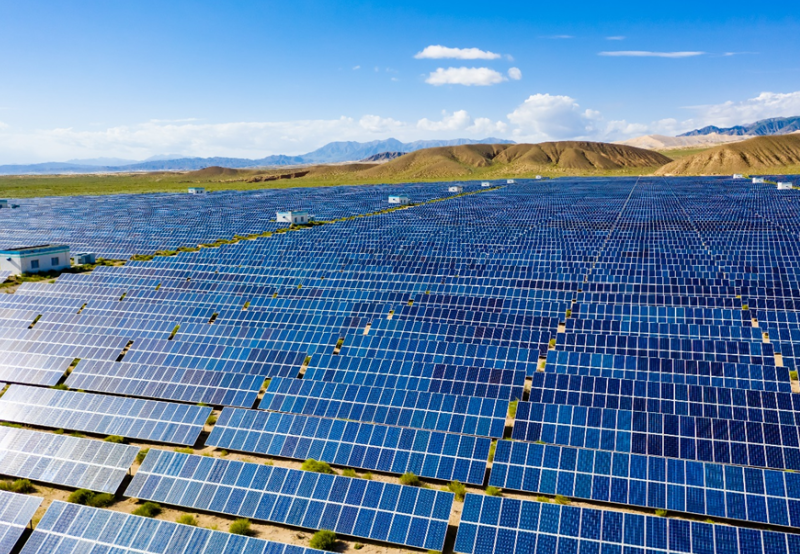 Solar generation has been on an upward trend since 9M 2018, when it hit 26.45 BU. The increase in overall solar power generation is attributed to the new capacity additions during the first nine months of the year. 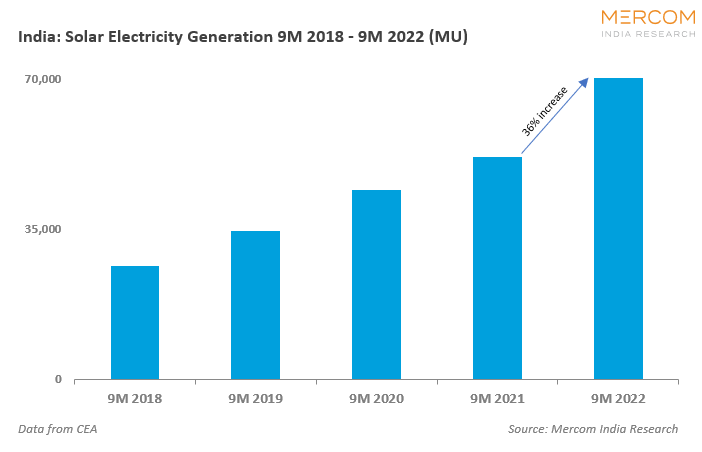 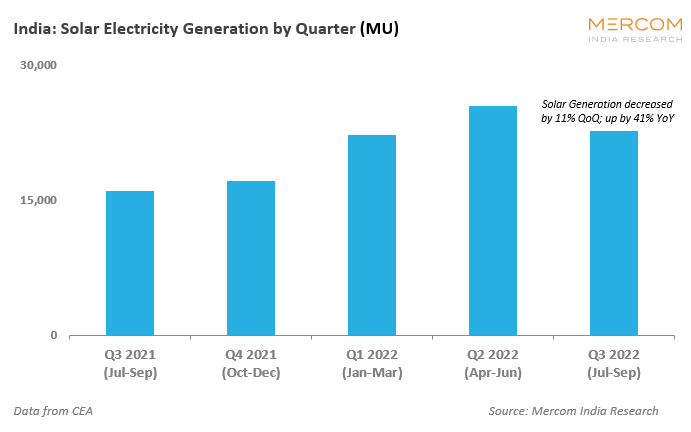 India’s installed renewable energy capacity, including large hydro projects, stood at 163.7 GW, accounting for a 40.3% share of the overall power capacity mix at the end of Q3 2022, according to data from the Central Electricity Authority, Ministry of New and Renewable Energy, and Mercom’s India Solar Project Tracker.

Also, India added over 50 GW of utility-scale solar capacity as of August 2022, just 9.7 GW shy of meeting the government-set target of installing 60 GW by 2022. In 2015, the government announced an ambitious target to increase renewable energy installations to 175 GW by 2022, including 100 GW of solar power. The goal was to install 60 GW of large-scale solar and 40 GW of rooftop solar.