As of August 2022, India has installed 50.3 GW of utility-scale solar capacity 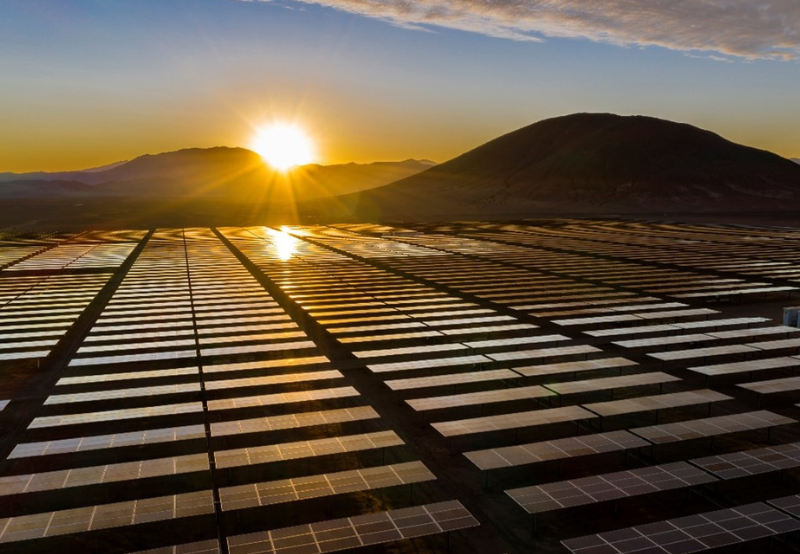 India has added over 50 GW of utility-scale solar capacity as of August 2022, just 9.7 GW shy of meeting the government-set target of installing 60 GW by 2022, according to Mercom’s India Solar Project Tracker.

In 2015, the government announced an ambitious target to increase renewable energy installations to 175 GW by 2022, including 100 GW of solar power. The goal was to install 60 GW of large-scale solar and 40 GW of rooftop solar.

While large-scale solar installations are on track to meet the target, the performance in the rooftop solar segment has not been impressive, with only 7.9 GW  installed in the country.

“Reaching 50 GW of large-scale solar installations is a significant achievement for India. The solar industry has had to overcome significant challenges after the COVID-19 shutdown to reach this benchmark. The country could have met the 60 GW goal had it not been for the stalled Rajasthan projects. There is significant optimism that the market will take off from here,” commented Raj Prabhu, CEO of Mercom Capital Group. 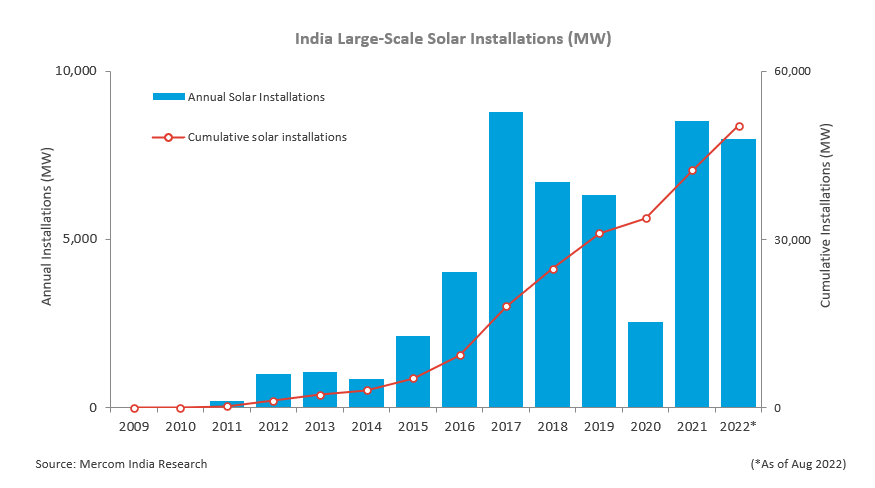 The government has promoted local manufacturing of solar modules to cut dependency on China, but domestic supply is still short of the demand.

The government has notified developers that the solar modules had to be procured only from companies listed in the Approved List of Models and Manufacturers (ALMM). Currently, only domestic firms are enrolled in the ALMM. A Basic Customs Duty (BCD) of 40% has also been imposed on modules imported for any project.

These moves have led to a shortage of domestic modules and increased prices.

The imposition of BCD and the hike in goods and services tax (GST) from 5% to 12% are also seen as hurdles in the way of faster capacity additions.

Project commissioning in Rajasthan and Gujarat has been delayed by the Great Indian Bustard (GIB) issue. The Supreme Court heard two petitions following a review by a committee that has been set up to examine GIB-impacted projects. The developers were directed to install bird diverters by July 20, 2022.

The issue is still unresolved, and project development is stalled. The court is attempting to balance allowing efficient power transmission and protecting the rare bird species.