Is India’s Electric Vehicle Push for Real This Time?

The shift from fossil-fuel powered vehicles to electric vehicles (EVs) has become more important than ever for India. The country has to embrace EVs quickly, if it wants to cut back on it’s addiction to imported fossil fuels and reduce its import bills.

Most cities in India have record-breaking pollution levels. India’s capital New Delhi is considered one of the most polluted cities in the world. A recent study found that vehicle emissions contribute to 20 percent of particulate matter (PM) 2.5 and about 36 percent of Nitrous Oxide (NOx) emissions in New Delhi.

India is already the fourth largest emitter of CO2 (2.5 million kilo tons in 2015). Given that India’s per capita emissions are still only 25 percent of that in China and 12 percent of the U.S., as the economy and population grow, overall emissions are set to explode.

In such a scenario, it is imperative that India takes a low carbon development path. Globally, emissions from road transportation contributed to around 16 percent in annual CO2 emissions in 2017. Considering the current coal-heavy electricity mix in India, emissions per kilometer by EVs are around two thirds of emissions by internal combustion engines.

According to a report by TFE Consulting, “Less than 0.01 percent of cars that were bought by Indian consumers in 2017 were electric. However, the transition from conventional internal combustion engine-based vehicles to electric vehicles could be very quick.”

The government has already formulated policies to support the necessary infrastructure. Recently, the Ministry of Power issued a clarification stating that no license is required to operate EV charging stations in India. This may boost participation of more private players in the space and expedite the charging infrastructure building.

To expedite EV adoption, the Indian government has actively worked towards reducing the cost of EVs. The government recently announced plans to provide up to ₹1.05 billion (~$16.2 million) in grant funding to Smart Cities for the purchase of EVs to be used for mass transportation as part of a pilot project under the Faster Adoption and Manufacturing of (Hybrid and) Electric Vehicles in India (FAME) program. In tandem with steps taken by the central government to support EVs, state governments in Uttar Pradesh, Karnataka and Maharashtra have also launched their own EV policies that provide various subsidies and incentives to consumers.

EV policy announcements in India are shooting up along with the increase in crude oil prices.

The Indian government has also put forward an ambitious proposal to set up charging stations for EVs every 3 km in cities with a million plus population and smart cities. The facility will be available at every 50 km on national highways, according to media reports.

According to a PTI report, Transport Minister Gadkari has approved a program to create green license plates with white fonts for private vehicle and yellow for cabs. The creation of these special license plates to enable preferential treatment for EVs like parking, reduced tolls etc. The Minister is also expected to announce a depreciation of 50 percent for EVs compared to 15 percent now available for fossil fuel-based automobiles. This initiative will need to be approved by the Finance Ministry.

The Department of Heavy Industry is expected to be working on an incentive package of up to ₹0.25 million to scrap old fossil fuel-based vehicles for hybrid and electric vehicles.

The Andhra Pradesh state government has realized that EVs are the answer to India’s energy demands and has rolled out a plan wherein a target of 1,000,000 EVs will be on the road by 2023. The state government has set an investment target of ₹300 billion for the next five years for the EV sector; this will also include incentives to be provided.

“Hopefully, the government handles electric vehicles with much more seriousness and competence than other renewable energy sectors like solar and wind, considering high oil prices lead to reduced GDP growth. In other renewable sectors, announcements have not been backed up with investments and policies have been haphazardly implemented and protectionist trade cases have clogged up growth. Subsidies get announced but not paid, leading to loss of investor confidence. The government cannot make the same mistakes again,” said Raj Prabhu, CEO of Mercom Capital Group. 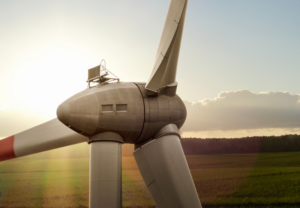 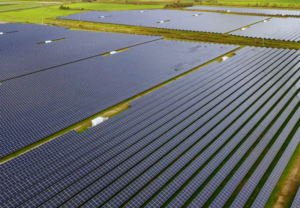 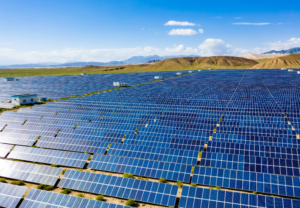