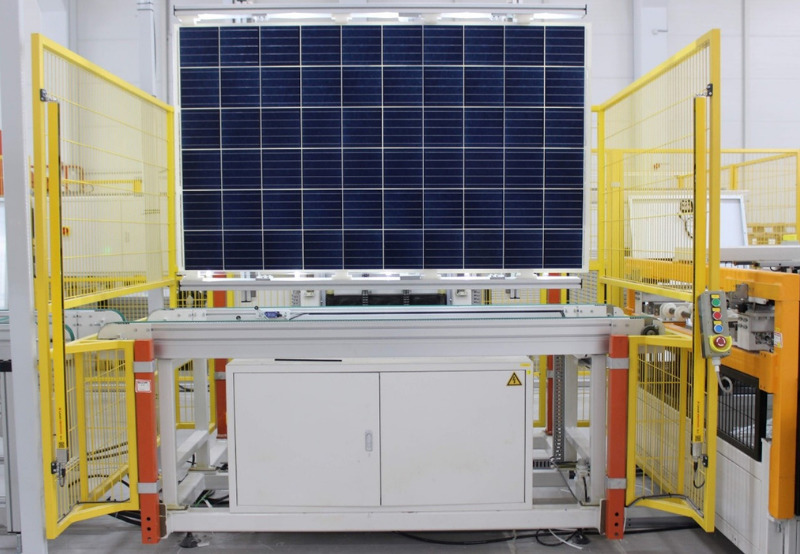 The Ministry of New and Renewable Energy (MNRE), through its ‘Approved List of Models and Manufacturers (ALMM) of Solar Modules Order, 2019’  states that only the models and manufacturers included in the ALMM list would be eligible to be used in utility-scale solar projects implemented by government agencies, open access, and net metering projects installed in the country.

Though the government has implemented the program to boost the domestic solar manufacturing industry, the developers are facing challenges in transitioning. In the days following the implementation of ALMM initially, developers had expressed concerns about supply, quality, and impact on the cost of the projects.

Mercom spoke with solar developers and manufacturers to understand market sentiments and how they believe the ALMM mandate will impact their businesses.

Even though the industry has been supportive of domestic manufacturing, it claims that it is still in its initial days and is expected to take time to achieve the level of quality and efficiencies currently available with imported modules.

A top executive of a leading developer said to Mercom, “ALMM is the biggest limitation for project development. There are 41 manufacturers in the updated ALMM list, and their capacity is about 11 GW, wherein the requirement is almost 20 GW. Also, only about 3 GW of the ALMM listed modules are rated 400 W or more. Developers require 400 W plus modules for higher efficiencies and cost reduction because the projects demand it. We’re ready to support domestic manufacturing. However, the capacity available right now is not matching the demand. It will take a couple of more years for the capacity to be commissioned under the production linked incentive (PLI) program. If the government starts restricting right away, the developers will be in trouble.”

ALMM regulation is claimed to be lacking the market assessment when it comes to the vast demand-supply gap that has to be met, along with effective pricing.

A top executive of a leading Maharashtra-based developer added, “The domestic modules of quality comparable to tier1 and tier2 of Chinese modules are offered at prices premium to Chinese tier1 modules, which is outlandish. Developers are already bearing the adverse impact on project cost with the rise in component prices. The ALMM restriction couldn’t have come at a worst time.”

With no inspection provisions offered by MNRE for modules manufactured outside the country, their inclusion in the ALMM list is out of the question for the near future.

The executive further added that the rushed enforcement of the regulations is in expectation of the Chinese manufacturers setting up production units in India.  But this could be unlikely considering the long ongoing political tensions between the two countries.

Another top executive of a leading Gujarat-based developer added the local module manufacturers do not have enough module supplies in India to meet the ever-rising demand at a reasonable price. They are said to be waiting for the basic customs duty (BCD) to take effect to quote higher prices.

“Though the shipping costs are exorbitantly high to import from China, the modules are still cheaper than India. So, module manufacturers are not passing on any cost-benefit to developers or the end consumers,” he further added.

To ensure quality, some developers are paying manufacturers a tolling fee to just assemble the modules while the developers manage the supply of raw materials and deal with the price risk and cost of import.

With several complaints in the past about the supply chain disruption when importing modules and no recourse or compensation offered on faulty imports, the industry does see the new regulation as an effective long-term plan but with no short time recourse until the local manufacturers scale up and offer competitive prices.

Solar developers had earlier told Mercom that they find it challenging to execute solar projects with low tariffs given the ALMM restrictions. According to the developers, the prices of domestic modules — procured from manufacturers enlisted in ALMM — are 20% higher than Chinese modules, which has increased the overall cost of solar projects.

In a complete contrast of views, a top solar manufacturer that Mercom spoke to said, “Going by empirical evidence, Indian module manufacturers are operating at 30% capacity. This means there is sufficient capacity to manufacture modules against orders.”

He countered the argument that domestic modules are of lower capacity as just a misnomer. He said, “The efficiency of the modules depends on the output of the cells. Most Indian manufacturers can procure high output cells and supply high wattage modules. However, developers have not approached us to buy these high wattage modules. Most Indian manufacturers can use cells of 7.4W, so you can calculate the output of a module that has 72 of these cells in them.”

He believes that developers are accustomed to buying modules from Chinese suppliers, and there is a resistance to changing their principle buying pattern. He said, “The change must come about from developers, and they should start to seriously give a thought about their latent dependency on the Chinese. Last year is a perfect example of why solely depending on the Chinese industry is harmful and detrimental for the Indian solar sector. The supply chain issue almost crippled the sector.”

Another manufacturer claims that the arguments made by developers that domestic modules are expensive are baseless. He said, “The developers are in a race to outbid each other. Neither the manufacturers nor the government has asked them to quote such low tariffs. Before quoting, they can consider the cost of modules and quote accordingly. Also, these developers had no problems purchasing modules at an exorbitant price from China during the peak of last year’s supply chain issues.”

It is a delicate dance when it comes to balancing the concerns of both manufacturers and developers and getting the policies right without impeding the industry’s growth.

“There is a need for data transparency instead of hearsay when it comes to module prices and manufacturing capacity. Policy decisions made without supporting real-time data are extremely risky. While the shift from imported to domestic modules is inevitable, policy-makers must navigate this transition period carefully in phases without hurting demand. At the end of the day, it comes down to who will pay for higher tariffs and what happens if DISCOMs don’t sign PSAs at higher tariffs, said Raj Prabhu, CEO of Mercom Capital Group.