India is making efforts to push clean energy use in farming 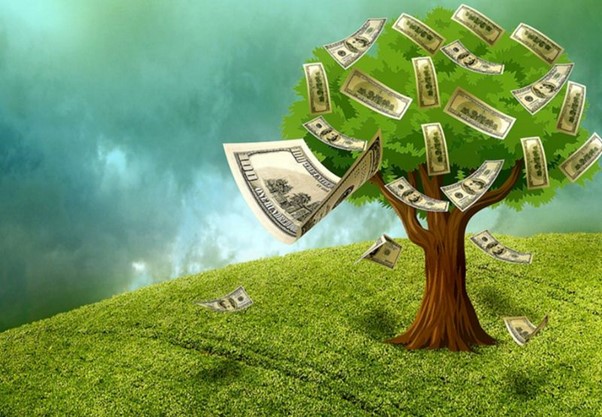 The government announced the sale of sovereign green bonds (SGB) worth ₹80 billion (~$986 million) through an auction by the Reserve Bank of India, Mumbai, on January 25. The auction will be in two parts of ₹40 billion ($485.56 million) each. The first one is for ‘New GOI SGrB 2028’ (5-year tenure), and the second is ‘New GOI SGrB 2033’ (10-year tenure) through a yield-based uniform price method. The proceeds of the bonds will be deployed in public sector projects which help reduce the economy’s carbon intensity.

India’s Minister for New and Renewable Energy (MNRE) R K Singh said that the country is aiding farmers with millions of solar water pumps while providing them with ammonia-based fertilizers by producing sufficient green ammonia— which will ultimately also cut India’s dependence on gas imports. Singh urged the developed nations to help smallholder farmers in developing countries with cheaper access to irrigation, fertilizers, and markets. Singh was addressing ministers from different countries at the 53rd World Economic Forum (WEF) annual meeting in Davos.

The Government of India has set a revenue target of ₹33.61 billion (~$414 million) for the financial year (FY) 2022-23 for Indian Renewable Energy Development Agency (IREDA), 18% higher than the previous year’s revenue from the operations. The target was set under the memorandum of understanding signed between the IREDA and the Ministry of New and Renewable Energy (MNRE). The government has set key performance parameters such as return on net worth, return on capital employed, non-performing assets (NPAs) to total loans, asset turnover ratio, and earnings per share.

LONGi Green Energy Technology has signed an investment agreement with the local government of Shaanxi province to manufacture 100 GW of monocrystalline silicon wafers and 50 GW of monocrystalline cells. The construction period for the infrastructure project is 18 months, with phased construction and commissioning time for each phase not exceeding six months and production time not exceeding 24 months. LONGi was the leading module supplier to the Indian solar market in the first half of 2022.

Researchers at the École Polytechnique fédérale de Lausanne (EPFL) have invented a solar-powered device that is capable of harvesting water from the air for conversion into hydrogen fuel. The team has developed the system by combining a semiconductor-based technology with novel electrodes. These electrodes allow the device to maximize contact with water in the air. Since it is transparent, it maximizes sunlight exposure of the semiconductor coating. The researchers said they took inspiration for their device from the process of photosynthesis in plants which converts sunlight into chemical energy using carbon dioxide from the air.

The search for clean and secure sources of low-carbon power may present as much as a $45.8 trillion investment opportunity by 2050, a new BloombergNEF study said. The amount would comprise 97% of all power generation spending. The study considered Net Zero Scenario (NZS) and Economic Transition Scenario (ETS) to make its estimates. Wind and solar technologies will significantly transform the power sector to net zero, taking the top spots and accounting for $26.8 trillion and $13.7 trillion in capital spending by 2050 in the NZS and ETS, respectively.

The Energy Information Administration (EIA) forecasted an increase in U.S. power generation from new renewable sources, primarily wind and solar, which would cut down on generation from coal-fired and natural gas-fired power plants in 2023 and 2024. EIA said the solar capacity expansion is consistent with its declining construction cost and favorable tax credits announced in the Inflation Reduction Act. This decline in fossil fuel-based power generation reflects the retirement of almost 10 GW of coal-fired capacity in 2023 and another 4 GW in 2024. At the same time, renewable generation will increase by 20% between 2022 and 2024, reducing coal-fired generation.

Germany’s renewable shift is well on track despite setbacks and has accelerated post the Russian invasion of Ukraine, Chancellor Olaf Scholz said while addressing a session at the 53rd World Economic Forum (WEF) Annual Meeting 2023. Germany, the top importer of Russian gas before the war in Ukraine, was at the epicenter of the energy crisis in Europe after the invasion. Scholz said that within a few months after the war, Germany had made itself completely independent from Russian gas, oil, and coal. With new laws mandating the expansion of renewables, including wind, solar, and hydrogen, the German government expects to eliminate bureaucratic challenges and expedite grid connection two years earlier than was previously projected.

The Inflation Reduction Act (IRA) in the U.S. will propel the annual investment in the country’s renewable energy sector to nearly $114 billion by 2031 from $64 billion in 2022, Wood Mackenzie’s latest report said. The report added that the legislation would be a game-changer for the original equipment manufacturers. The legislation provides an option for tax credits, also known as advanced manufacturing production credits (AMPC), for U.S.-made renewable equipment. Further, the legislation will offer extra incentives to renewable energy developers in the form of a tax credit for buying domestically manufactured equipment.

The U.S. Department of Energy (DOE) released guidance for state, local, and tribal governments to apply for funding through the Energy Efficiency and Conservation Block Grant (EECBG) Program. This program has opened applications for $430 million in formula grant funding from the Bipartisan Infrastructure Law, aimed at supporting clean energy projects and programs in local communities across the country. States and territories must submit their applications by July 31, 2023. Local and tribal governments must submit the applications by January 21, 2024.