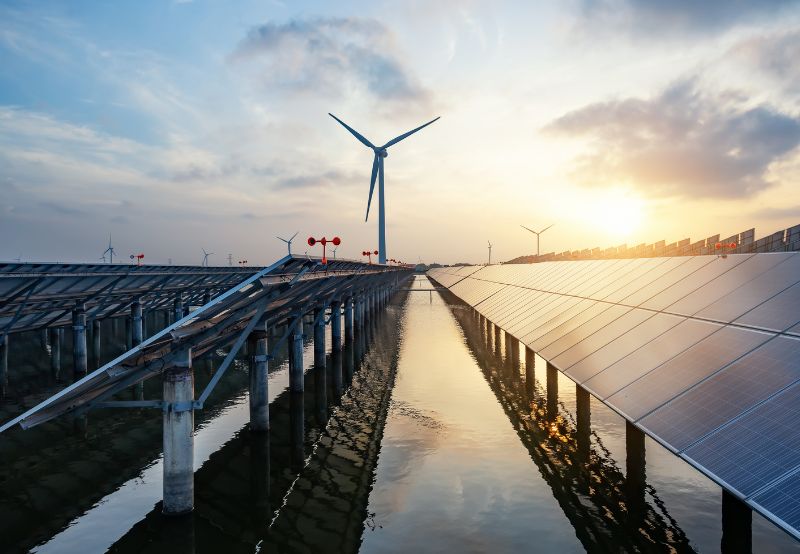 The Inflation Reduction Act (IRA) in the U.S. will propel the annual investment in the country’s renewable energy sector to nearly $114 billion by 2031 from $64 billion in 2022, Wood Mackenzie’s latest report said.

The report added that the legislation would be a game-changer for the original equipment manufacturers.

Further, the legislation will offer extra incentives to renewable energy developers in the form of a tax credit for buying domestically manufactured equipment. To be eligible for the incentives, projects built before 2025 must procure 40% (20% for offshore wind projects) of all equipment from domestic manufacturers. This requirement will increase to 55% after 2026 (2027 for offshore wind projects).

The U.S. manufacturers accounted for only 2% of the total global demand for solar modules in 2021. In contrast, China dominated the market with nearly 70% of all solar modules and 80% of lithium-ion cell manufacturing.

In the wind market, China accounts for nearly 70% of all powertrains and 65% of castings. In contrast, US manufacturers met just 7% of the demand for battery cells and 0% for powertrains and castings in 2021.

Against this backdrop, the IRA is expected to significantly boost the domestic manufacturing segment.

Daniel Liu, principal analyst at Wood Mackenzie and lead author of the report, said, “The IRA will completely reshape the renewables supply chain in the US, incentivizing the reopening of shuttered facilities as well as provide opportunities to build entire equipment supply chains from scratch.” 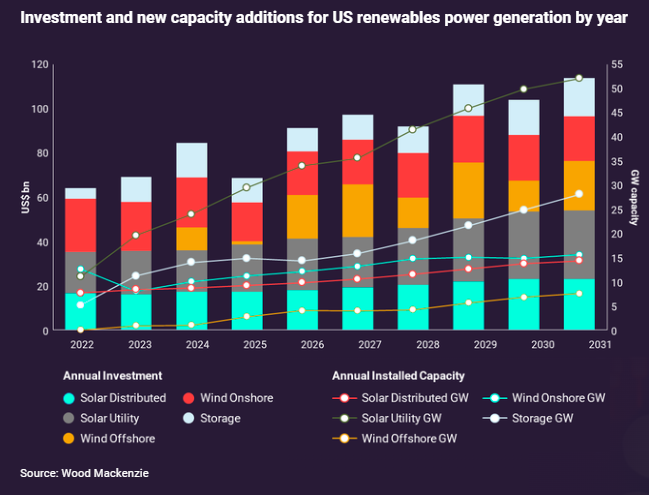 Not so sunny for solar

The report points out that the outlook for utility-scale solar is not so clear.

As per the report, domestic capacity expansion plans for module capacity will not be sufficient to meet projected demand in the country. Additionally, manufacturing capacity for wafers and cells needs to be established anew.

The outcome of the anti-dumping and countervailing duties investigation by the Department of Commerce might result in tariffs on some imports, thus making domestic manufacturing more cost competitive. 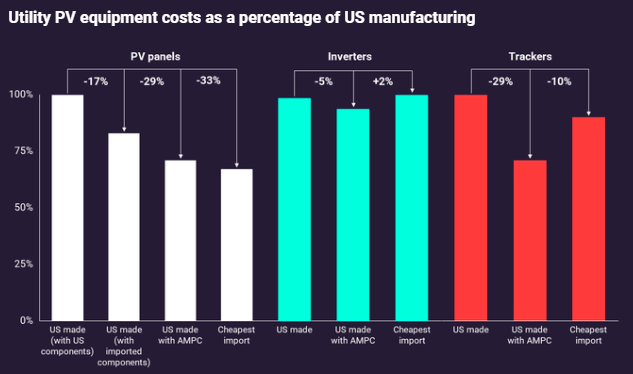 Following the IRA, numerous manufacturers have announced expansion plans, which amount to 45 GW of module supply. However, the growth of the supply chain for polysilicon, wafer/ingot, and cell production is uncertain.

The report states that meeting the domestic content requirement threshold on a utility-scale project may raise equipment costs by 27%. Solar modules can make up to 70% of equipment costs, making it challenging for developers to meet the pre-2025 DCR threshold without using domestic modules and likely requiring their use after 2026.

The report states that the U.S. has enough manufacturing capacity to meet the domestic demand for turbine equipment until 2031. However, there is a current shortage of domestically manufactured equipment, which creates a favorable pricing environment for manufacturers. This shortage will make it difficult for some developers to meet the domestic content requirement (DCR) set by the legislation. 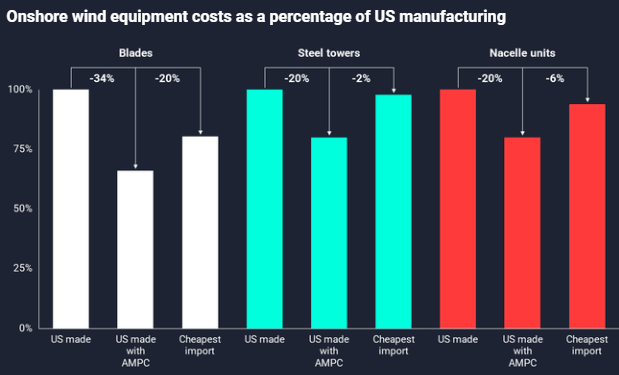 Also, the developers can meet pre-2025 DCR thresholds with domestically manufactured wind turbine components, such as foundations, towers, and balance-of-plant equipment. Further, the turbine blades will help the developers meet the 55% DCR requirement target after 2026.

Meeting DCR requirements will raise developer equipment costs by 8%. With minimal cost difference, developers are expected to use domestic equipment when available, allowing OEMs to retain most of the AMPCs. 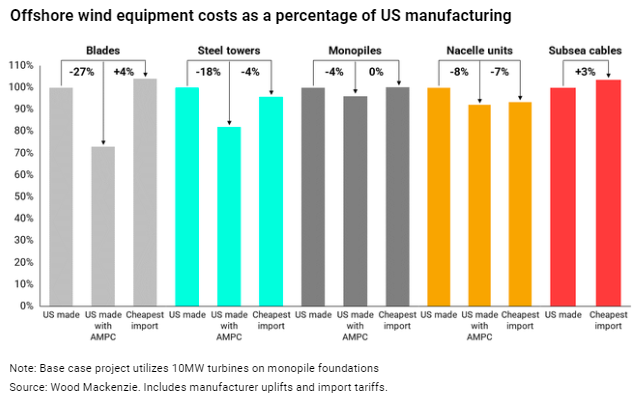 The U.S. market for offshore wind suppliers is highly attractive due to its ambitious targets, lack of pre-existing supply chain, focus on local content in tenders, and large-scale players placing large equipment orders.

One of the most important advantages for domestic manufacturers is the shipping-based logistics costs. Also, labor costs in the U.S. are lower than in Europe. These cost benefits provide the necessary impetus for developing offshore nacelle assembly hubs near offshore wind projects.

The growth of battery cell manufacturing capacity in the U.S., driven by demand for storage projects and electric vehicles (EVs), will create a positive environment for investment in the short term. However, there are still potential supply challenges regarding battery materials, particularly with the Chinese-dominant supply of cathodes and anodes.

Currently, the manufacturing capacity can only satisfy 20% of the annual combined EV/ESS battery cell demand until 2031. Most of the capacity is focused on meeting EV demand, leading to equipment shortages for ESS projects.

The overall solar installations across all market segments in the U.S. are likely to triple in size, increasing from 129 GW to 336 GW in the next five years, according to an earlier report published by the Solar Energy Industries Association and Wood Mackenzie.