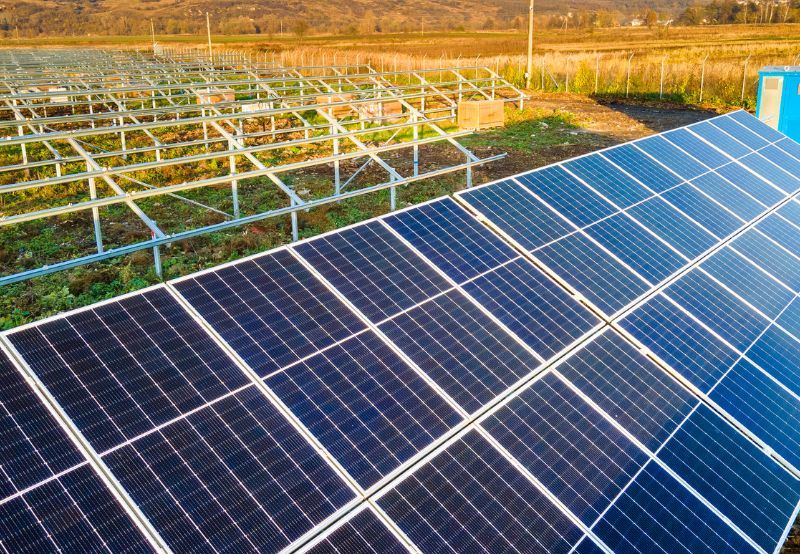 The total revenue of Sterling and Wilson Renewable Energy, the solar engineering, procurement, and construction (EPC) arm of Shapoorji Pollonji Group, fell by 73% year-over-year (YoY) to ₹4.18 billion (~$51.5 million) in the third quarter (Q3) of the current financial year (FY 2023). The company’s revenue in the same quarter of the previous year stood at ₹15.02 billion (~$185.1 million).

According to the company, the revenue was up 1.7% quarter-over-quarter (QoQ) due to higher contributions from the operations and maintenance segment (O&M).

In the October-December quarter, the company’s revenue from EPC business declined by 75% YoY to ₹3.48 billion (~$42.8 million). However, the EPC revenue rose by 27% QoQ. The company pointed out that the gross margins remain suppressed mainly because of international EPC projects.

The O&M business brought in 14.4% of the total revenue in 3QFY23 and was up 55% QoQ with ₹580 million (~$7.1 million). The O&M gross margins grew QoQ (6.7% in Q3FY23 versus 13% in Q2FY23). The company said that the margins remain impacted by projects where O&M costs were incurred, but the revenue recognition has not commenced due to the client delaying the final handover.

During the quarter, there was an unexpected foreign exchange gain of ₹683.6 million (~$8.4 million). In comparison, the foreign expense for the company in the previous quarter was ₹475.3 million (~$5.8 million) and ₹369 million (~$4.5 million) in the same quarter of the last year.

The company’s Earnings Before Tax, Interest, Depreciation, and Amortization (EBITDA) for the period fell 86% YoY to ₹530 million (~$6.5 million).

During the October-December period, the company was awarded two new solar EPC contracts in India for projects in the Bikaner district of Rajasthan and the Koppal district of Karnataka.

The company also signed a contract for a balance of system (BOS) package comprising four blocks of the proposed solar photovoltaic projects of NTPC, which has an aggregate capacity of 1,570 MW at Khavda, Renewable Power Park, Rann of Kutch, Gujarat.

During the year ended March 31, 2022, four customers of the parent company had encashed advance and performance bank guarantees amounting to ₹5.9 billion ($72.6 million). As of December 31, 2022, three projects are complete, and the fourth is about 94.75% complete. The parent company has finalized settlement agreements with two customers, and about ₹3.5 billion (~$43 million) has been refunded.