India was the second highest importer of Chinese modules with 10.9 GW imported in 2021 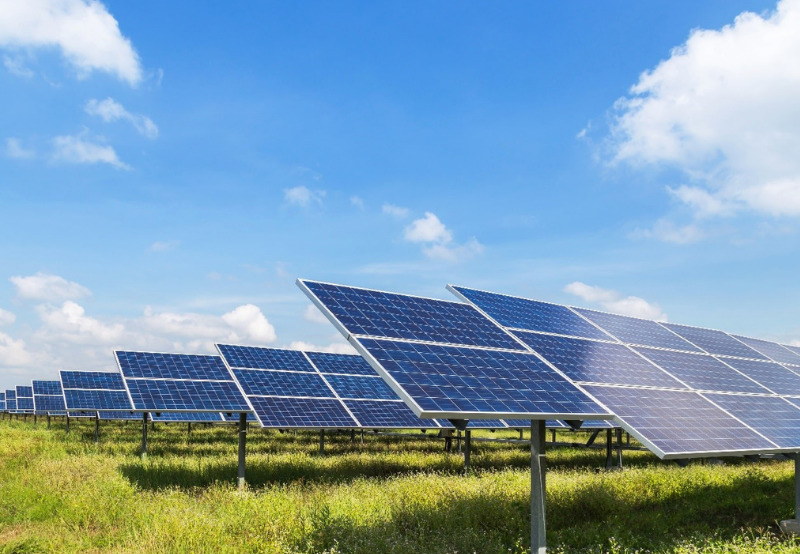 The solar industry in China continues to thrive with 55 GW of solar installations in 2021 and module exports surpassing 100 GW, despite the pandemic and various supply chain issues, according to the recently published report by the Asia Europe Clean Energy (solar) Advisory (AECEA).

The report notes that energy consumption in China grew by 10.3%, an annual increase of 7.2%.

The report states that nearly a dozen companies were responsible for 75-78% of last year’s module manufacturing.

Amongst the top three module manufacturers, the annual output growth rate was between 50-60%, reflecting a continued industry consolidation.

Despite the prevailing logistical constraints and other challenges, module exports grew by 27% YoY, surpassing the 100 GW mark for the first time.

The total value of wafers, cells and modules exports accounted for $28 billion (42% YoY growth), with modules accounting for $24.95 billion.

The report points out that nearly 55 GW of solar was installed last year. The installations were driven by the residential segment, which benefitted from national subsidies, consequently growing by 113% YoY (21.59 GW) and making up 40% of the total installed capacity.

The report suggests that 2022 might potentially set more records as the demand in the sector continues to rise. In January 2022, the polysilicon, wafer, cells, and modules output increased by 6.5%, 15.4%, 17%, and 23.3%, respectively. The significant month-over-month output growth rate may be attributed to strong demand in India, given that from April 1st, the basic customs duty will be levied on imported cells and modules.

Additionally, in January alone, an estimated 7 GW of solar capacity was deployed, representing a 200% increase YoY and exceeding the capacity deployed in the first quarter of 2021. Continued strong demand is reflected by 13 GW of EPC contracts awarded throughout January and February.

While the industry worked on polysilicon production capacities through the last year, the report predicts that Ethylene-vinyl acetate (EVA) might get equal attention, suggesting higher manufacturing capacities for the polymer.

In terms of HJT production expansion, one of the leading HJT equipment suppliers announced that its orders increased by more than 330%, reaching 8.1 GW in 2021, and could potentially reach 20-30 GW in 2022. Estimates suggest that by the end of 2022, up to 10-15 GW of production capacities could become operational. In the longer run, the annual sale of HJT manufacturing equipment could reach RMB 40 billion (~$6.29 billion) by 2025.

According to the report, newly built solar power projects must be equipped with EES devices in almost all provinces across China. On average, battery devices will make up 10-20% of the power generation capacity with a storage duration between 2-4 hrs. In 2021, approximately 8 GW/18 GWh were tendered at an average RMB 1.476 (~$0.232)/Wh price.

In an attempt to increase the financial viability of solar power projects combined with ESS devices, a dozen provinces, including Anhui, Guangdong, Jiangsu, Ningxia, Qinghai, Shandong, and Sichuan, are offering various forms of subsidies. The report suggests that these subsidy schemes lack uniform guidelines and often appear unclear. Furthermore, from a business model perspective, only being allowed to offer frequency regulation-related services is considered insufficient to generate decent profits.

Last fall, the National Energy Administration (NEA) announced its aim for a tenfold increase of its current 3 GW EES capacities by 2025. Late February this year, a designated implementation plan, the 14th Five-Year-Plan for a new type of energy storage development, was released. Accordingly, by 2025 system cost of electrochemical-based storage technologies is expected to drop by 30%. A mature market mechanism, business models, and a greater degree of standardization could be realized by then. The report estimates that China’s overall EES market would be worth approximately RMB 0.45 trillion (~$70 billion) and RMB 1.8 trillion (~$200 billion) by 2025 and 2030, respectively.

The report states that the government of China is actively identifying industrial sectors which could be transformed towards a low-carbon in the mid-term or even zero-carbon operation in the longer term—knowing that after thermal power plants, the steel sector is the second single largest source of CO2 emissions, responsible for emitting approximately 15% of the nation’s total.

The report notes that China’s Ministry of Housing and Urban-Rural Development released its 14th Five-Plan for building energy efficiency and green building development and has set a target of 50 GW of rooftop solar projects to be deployed by 2025.

The latest policy, yet to be implemented on the national level, was announced by the Government of Shandong, which will implement a time-of-use electricity tariff scheme for residential power use from 01 May 2022 onwards. Forthcoming tariffs are RMB 0.576 (~$0.091)/kWh (peak) and RMB 0.376 (~$0.059)/kWh (valley). AECEA believes that Shandong’s precedent-setting will soon be emulated by other provinces, thus serving as another stimulus for more solar projects. In 2021, China’s residential sector consumed 14% of the total electricity generated.

The report notes that this new green tariff would drive demand for C&I rooftop systems, thus allowing the manufacturer to reduce its carbon footprint while consuming self-generated power and selling a potential surplus at an attractive price.

According to the report, China’s aim to enhance its national energy security through massive deployment of renewable energy technologies is, amongst others, nurtured by the fact that last year the import dependency of oil and gas reached historical heights of 73% and 44%, respectively.

Against this background, 24 out of 31 provinces and autonomous regions have announced their respective 14th Five-Year Plan for Renewable Energy Development. Cumulatively, they aim to deploy approximately 375-420 GW of solar PV, i.e., 75-84 GW annually from 2021 till 2025. The official 14th Five-Year-Plan for Renewable Energy Development is yet to be released, but as AECEA has learned, it is currently under review.

According to AECEA’s assessment, China’s demand for solar power could reach up to 80-90 GW in 2022, representing an increase of 45-63% YoY. The main drivers to this growth in demand could come from projects part of the first batch of ‘GW-Bases,’ regular ground-mounted utility projects subject to guaranteed grid connection, notably residential solar projects potentially reaching 30-35 GW.

In January this year, the AECEA’s report stated that 2022 could be the first year the Chinese domestic market becomes subsidy-free.

Earlier, the Chinese government had introduced an electricity rationing policy leading to some industrial sectors temporarily shutting down operations while others were operating only two to four days a week. According to some experts, the coal shortage is the culprit behind the electricity rationing as China produces nearly 70% of its power requirements through coal.

According to Mercom’s recently released 2021 Q4 and Annual India Solar Market Update, the average cost to develop large-scale solar projects in India were up by 21.6% YoY in the last quarter of 2021 due to the high goods and service tax (GST) and the component prices triggered by supply chain disruptions.