The project is to be completed within four years

The Government of Andhra Pradesh has approved the establishment of an integrated renewable energy project (IREP) at Pinnapuram village in Kurnool district by Greenko Energies Private Limited.

As part of the project, Greenko will set up 1,000 MW of solar project, 550 MW of wind project, and 1,200 MW of standalone pumped storage capacity.

The government also allotted 4,766.28 acres of land to Greenko as per the latest market value determined by the revenue department.

The New and Renewable Energy Development Corporation of Andhra Pradesh Limited in November 2019 had called for a techno-commercial feasibility study of pumped storage power projects at 30 tentative locations in the state.

Besides this, the state has also approved the allocation of one thousand million cubic feet (TMC) of water on a non-consumptive basis from the Gorakallu reservoir as per the industrial water supply guidelines. Non-consumptive use of water is where it does not result in the reduction of the source of supply and where most of the water returns without delay to the source of supply, causing little or no disruption in groundwater conditions. On the other side, consumptive water use is where the water evaporates or spent on products or crops, consumed or exhausted from the source.

According to the order, the project should be completed in four years, failing which the entire land would be taken back by the government.

The power generated from the wind-solar hybrid and standalone pumped storage will be connected to the power grid substation, and it will be supplied outside the state. The distribution companies (DISCOMs) will have no obligation to purchase the generated power.

The company is developing a 1,200 MW Integrated Renewable Energy Pumped Storage Project at Pinnapuram. It also issued a Letter of Award to AFRY India, an engineering and consulting firm, for providing the design engineering services for the project.

The state government also stated that the land rate had been increased from ₹250,000 (~$3,311)/acre to ₹500,000 (~$6,623)/acre. Further, the project has been recognized as a Mega Industrial Project, thereby facilitating a single-window clearance and facilitation.

Recently, the Andhra Pradesh cabinet approved the proposal to develop a 10 GW mega solar power project for the benefit of the farmers in the state. The project will supply nine hours of continuous power to the farmers during the daytime. 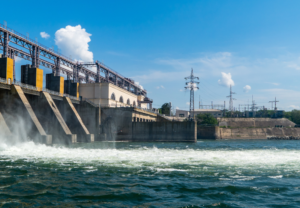